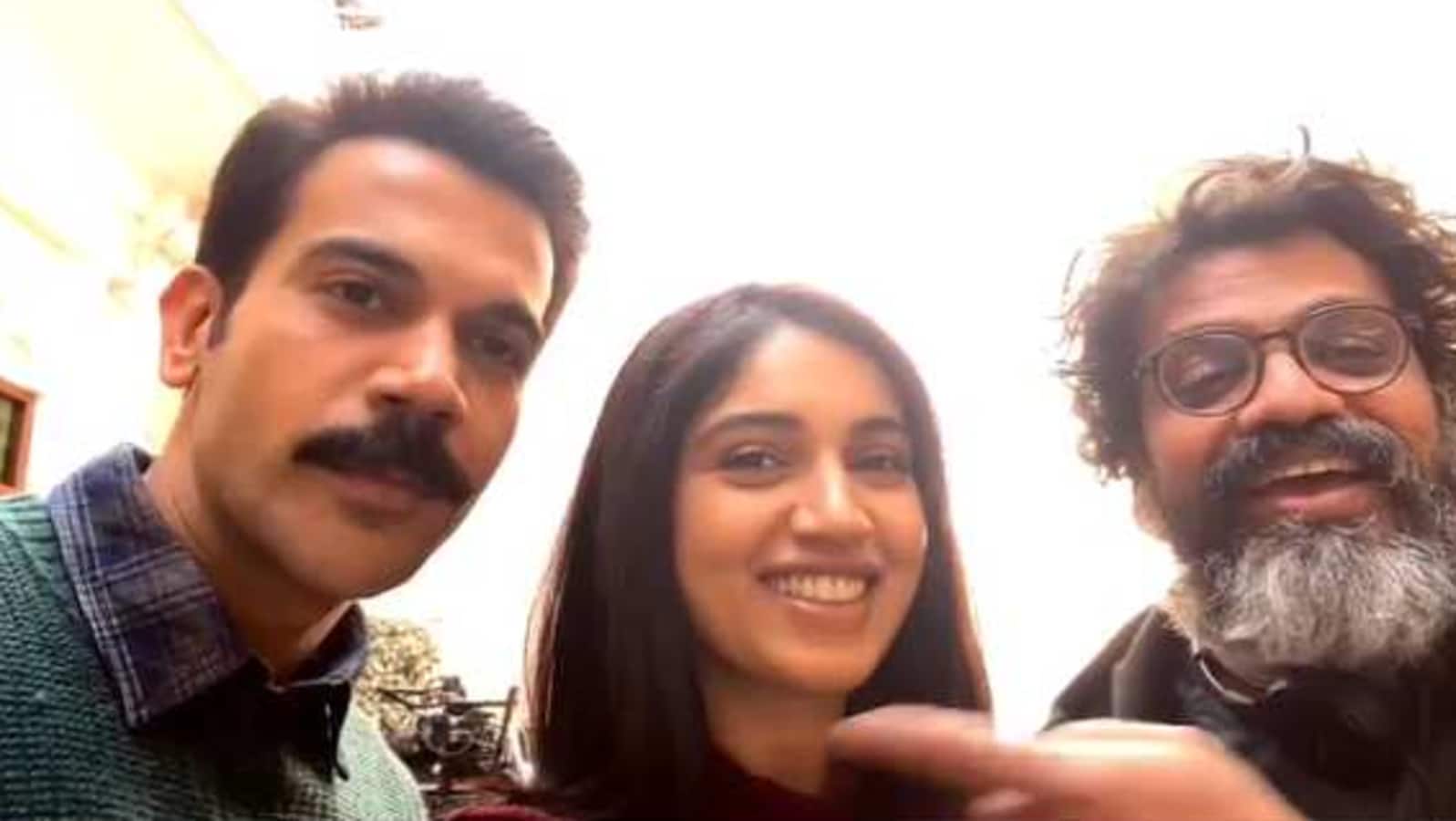 Bhumi Pednekar and Rajkummar Rao have wrapped a shoot schedule of their upcoming movie Badhaai Do. The actors joined the cast and crew of the movie to announce it was ‘pawri’ time. Bhumi took to her social media handle and shared a video in which director Harshavardhan Kulkarni introduced Bhumi’s Sumi and Rajkummar’s Shardul before they revealed their ‘parwi.’

Also Read: Kangana on Tanu Weds Manu: ‘I became only actress after Sridevi ji to do comedy’

Badhaai Do is a part of the same franchise as Badhaai Ho. The 2018 National Award-winning film starred Ayushmann Khurrana, Sanya Malhotra, Neena Gupta and Gajraj Rao. The new film sees Rajkummar essaying the role of a cop. The actor dons the uniform for the first time. He sports a moustache and has worked on his physique for the character. Bhumi plays the role of a PT teacher.

Talking about choosing the two stars, Harshavardhan told Mumbai Mirror, “Their characters are unique in that they incorporate comedy, certain goofiness and display some quirks. I could see only Raj and Bhumi playing them. And I’m confidence that the explosive chemistry between them will combust on screen.”

The schedule had the actors shooting in Mussoorie and Dehradun for almost two months. While Kulkarni helms the project, Badhaai Do is written by Akshat Ghildial and Suman Adhikary.

Apart from Badhaai Do, Rajkummar will soon be seen in Roohi, alongside Janhvi Kapoor and Varun Sharma.

Bhumi Pednekar and Rajkummar Rao play the leads in Badhaai Do.

Actor Bhumi Pednekar shared a picture with Rajkummar Rao from the sets of their upcoming film, Badhaai Do. While she plays a PT teacher in the movie, he plays a cop.

Rajkummar Rao plays a tough cop in Badhaai Do.

Rajkummar Rao is undergoing a major physical transformation for Badhaai Do. He took to Instagram to share a shirtless photo and revealed that it is currently ‘work in progress’.