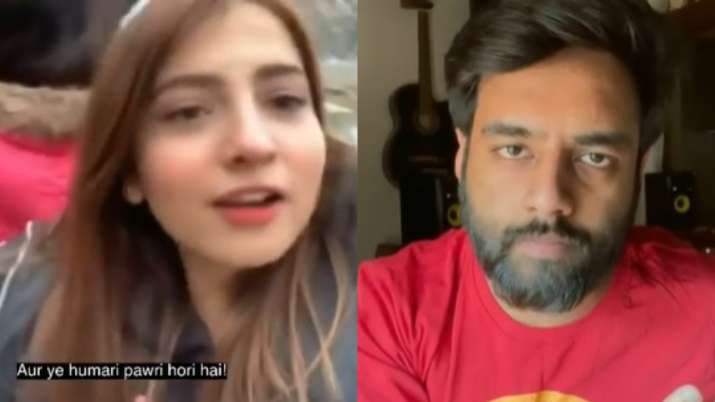 Amid the difficult times arising out of COVID-19, social media has provided a platform to budding talent as well as become a medium of stress buster for youngsters who have found a unique way for partying with the new anthem #PawriHoRahiHai. The party kicked off with a viral meme trending on social media, featuring Pakistani influencer and content creator Dananeer Mobeen, who has united all desi memers and ‘pawri’ lovers alike! In the video, Dananeer, a 19-year-old social media influencer hailing from Peshawar, is seen having fun with her friends and saying, “Yeh hamari car hei aur yeh hum hein, aur yeh hamari Pawri horahi hei” (This is our car, this is us and this is our party).

Dananeer creates content on a range of topics including the latest make-up and fashion trends. She also speaks on mental health issues plaguing the youth of Pakistan. While the footage has been recreated hundreds of times with #pawrihoraihai on Twitter, the video has over a million views on Dananeer’s official Instagram handle alone, said The Express Tribune. As soon as Pawri videos and memes went viral on social media in Pakistan, Indians too have joined the bandwagon and gave a quirky twist to #PawriHoRahiHai.

Grabbing the opportunity for turning the video into a meme, Yashraj Mukhate, the Mumbai-based music composer launched a new peppy anthem by adding music and beats to the video of the ‘pawri’ girl. Sharing his unique creation on Instagram, Mukhate captioned the video as: “Aajse me party nahi karunga Sirf pawri karunga. Kyuki party karneme wo mazaa nahi jo pawri karneme hai (from today I will not party, I will pawri, there is more fun in pawri than a party)”.

Yashraj thanked all the people who sent him personnel messages and urged him to create a quirky rap on Dananeer’s video. He also gave a big shoutout to the content creator. “And a big shoutout to the pawri girl @dananeerr,” he wrote. Responding to this, Dananeer thanked Yashraj on Instagram and wrote: “NEW FAV ‘PAWRI’ ANTHEM! You took this pawri to another level.”

Yashraj came into the limelight with his hilarious rap featuring Saath Nibhaana Saathiya’s Kokilaben, Gopi bahu and Rashi. Post that he released many such raps and the most trendy one was on Bigg Boss 13 contestant, Shehnaaz Gill’s dialogue “sadda Kutta”.

Meanwhile, Romanian singer-songwriter Adrian Sina, who is the frontman for Akcent band, has also recreated #pawrihorihai. Many Indian celebrities started flooding the comments section of Yashraj’s video with hilarious responses. The Gully Boy actor Siddhant Chaturvedi wrote, “You and I…it’s a pawrryyy (sic).” Archana Puran Singh wrote, “Lovvvve it (sic).” Here are some of the hilarious rendition of Pawri memes here: