There is no stopping to the #PawriHoraiHai’ trend that keeps on getting bigger and better. With its rising popularity, people doubt there might be some plagiarism.

Internet is a vital source of amusement nowadays, and the viral video of a young influencer Dananeer, vacationing in the northern areas of Pakistan is trending on social media. Mimicking the Pakistani burger accent, she said, “Yeh hamari party ho rahi hai” (We’re partying) in a funny way that has amused the netizens.

People all over Pakistan and India including celebrities, have become obsessed with the ‘pawri’ video. With the Pawri’s fame skyrocketing, some people are pointing out that Dananeer’s version of ‘pawri ho rai hai’ may not actually be the original.

Pakistan’s TikTok star Jannat Mirza was also quick to point out that Tasbeel Gillani, another Instagram influencer, was the one who started the hilarious trend. 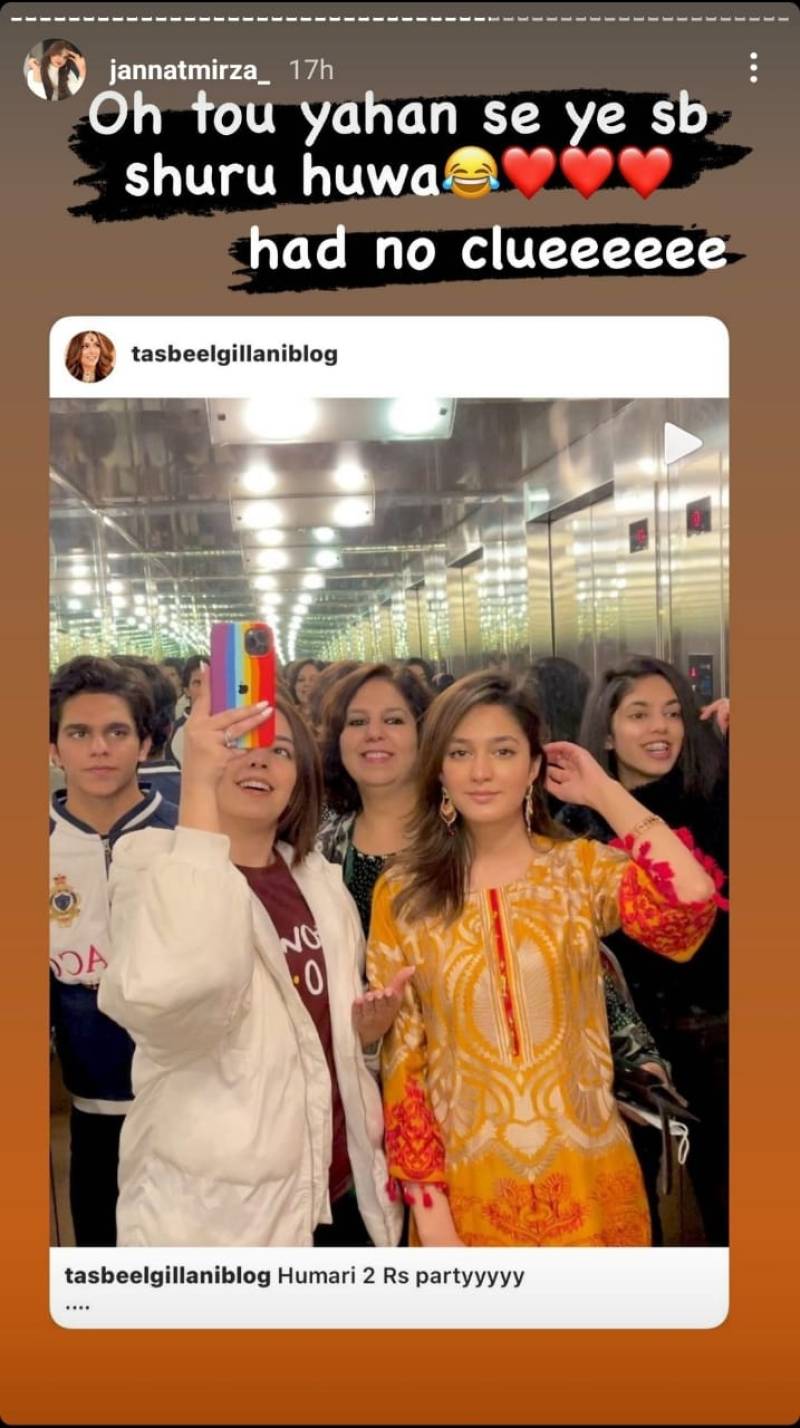 Moreover, Dananeer also seems to love Tasbeels version and commends the decision to post the now-viral video. Tasbeel also responded telling her it was the “BEST DECISION EVERRRR”.

After this revelation came to light on social media, Tasbeel Gillani addressed the issue, clearing any misconception about the original Pawri girl.

“I have seen a lot of pages posting this to create a controversy but honestly agar mene pehlay bhe post kiya, woh viral hona hota tau ho jata.” She further said that neither is she the owner of those words, nor those words are from a famous writer, so anyone can use them. 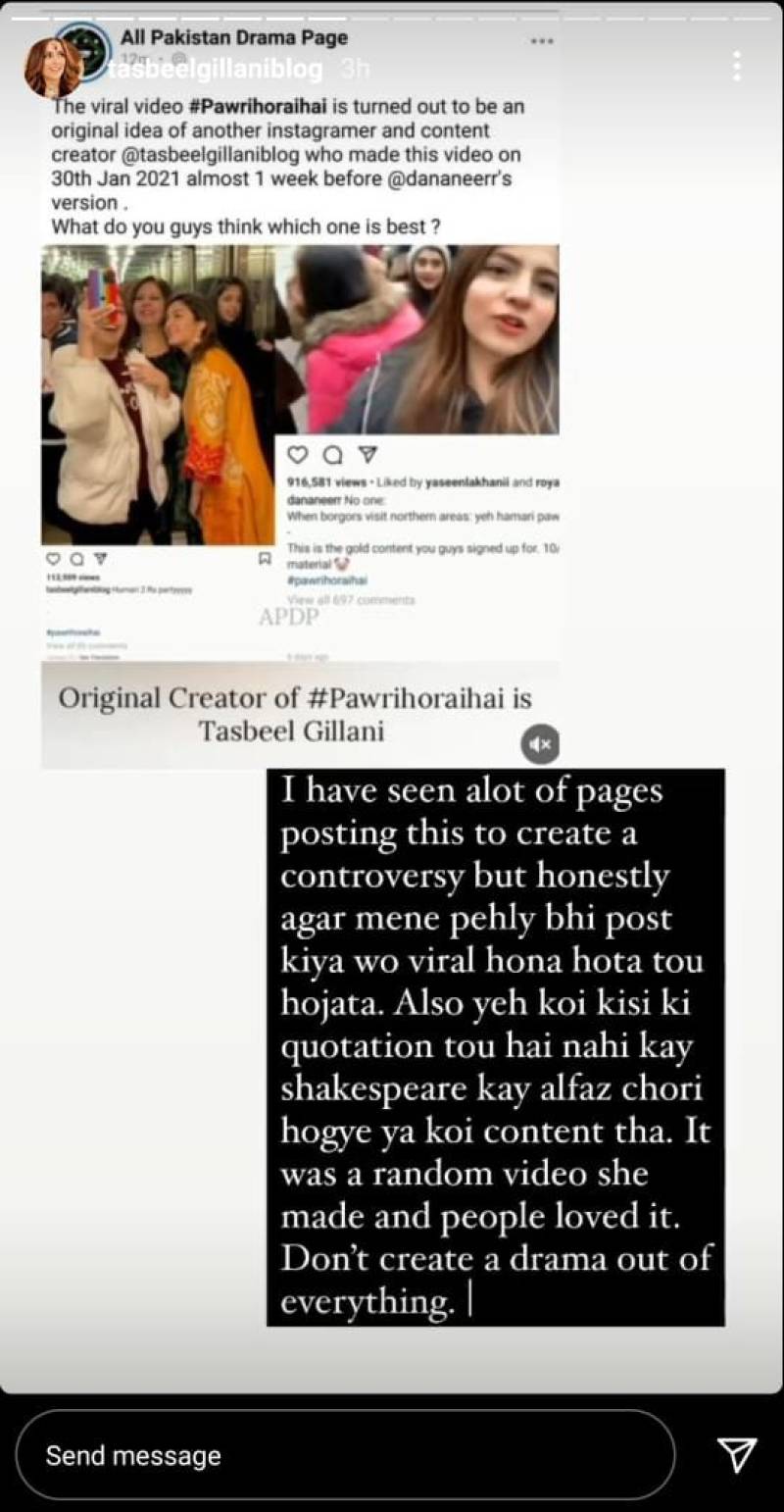 The ‘#PawriHoraiHai’ fever has also been a source of entertainment in Bollywood with superstars like Deepika Padukone, Shahid Kapoor and Randeep Hooda posting hilarious improvisations of the trend.