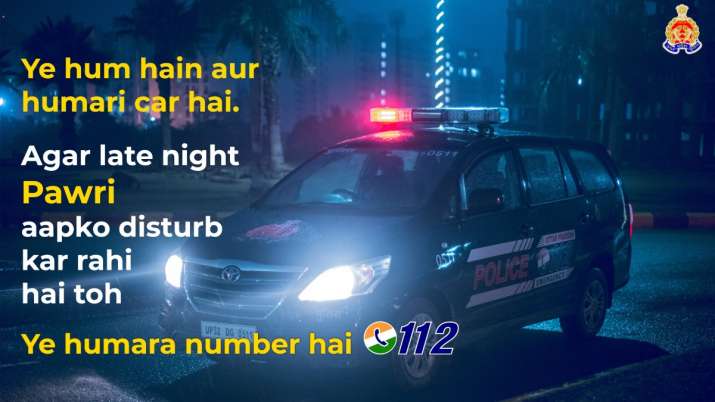 The Uttar Pradesh Police has joined the “pawri ho rahi hai” meme fest on social media as it asked the public to inform them on the emergency 112 number should any late night parties disturb them. The UP police though its various social media accounts, especially on Twitter, has often taken to humorous posts to reach out to netizens. This time it was the Call 112 service which sought to cash on on the viral “pawri (party) ho rahi hai” meme.

“Ye hum hain aur humari car hai. Agar late night pawri aapko disturb kar rahi hai to ye humara number hai – 112,” the 112 service tweeted in a picture which had a police vehicle with a beacon atop it. The picture was captioned: “If there is any late night party and you are getting disturbed, call 112.”

The post made on Sunday afternoon has been retweeted by nearly 3,000 Twitter users and ‘liked’ by almost 10,000, when last checked on Monday night.

Have a look at how Netizens reacted to the same:

The meme set the social media on fire after it surfaced online last week with Dananeer Mobeen, a Pakistan-based Instagram influencer, speaking in a heavily-accented tone as she stood partying with some friends with their car parked on a road.