Yashraj Mukhate’s dialogue meme ‘Pawri Horahi Hai’ is the latest track to go viral on the internet. The used a clip from Pakistani influencer Dananeer’s vlog in which she funnily pronounces the word “party” as “pawri” added some great foot-tapping and now it has become the new internet sensation. Anita Hassanandani’s husband Rohit Reddy also joined in on the Pawri Horahi hai meme fest and shared a hilarious video of Donald Trump, with the song playing in the background.

Rohit Reddy who recently became a parent uploaded a video on Instagram with the caption, “Yahan alag hi PAWRI ho rahi thi!  karwani padi!!” The video shows former US president, Donald Trump giving a speech to the public while making various hand gestures. Donald Trump is then stopped from speaking and escorted by the security people. Rohit Reddy added the latest meme song Pawri Horahi Hai in the background which is cracking up the internet. Take a look at Rohit’s version below:

Rohit Reddy’s hilarious take on the song was loved by the netizens and his comment section is filled with laughing emojis. One user wrote, “very funny” while another commented “are are sir” followed by laughing emojis. Take a look at the comments below: 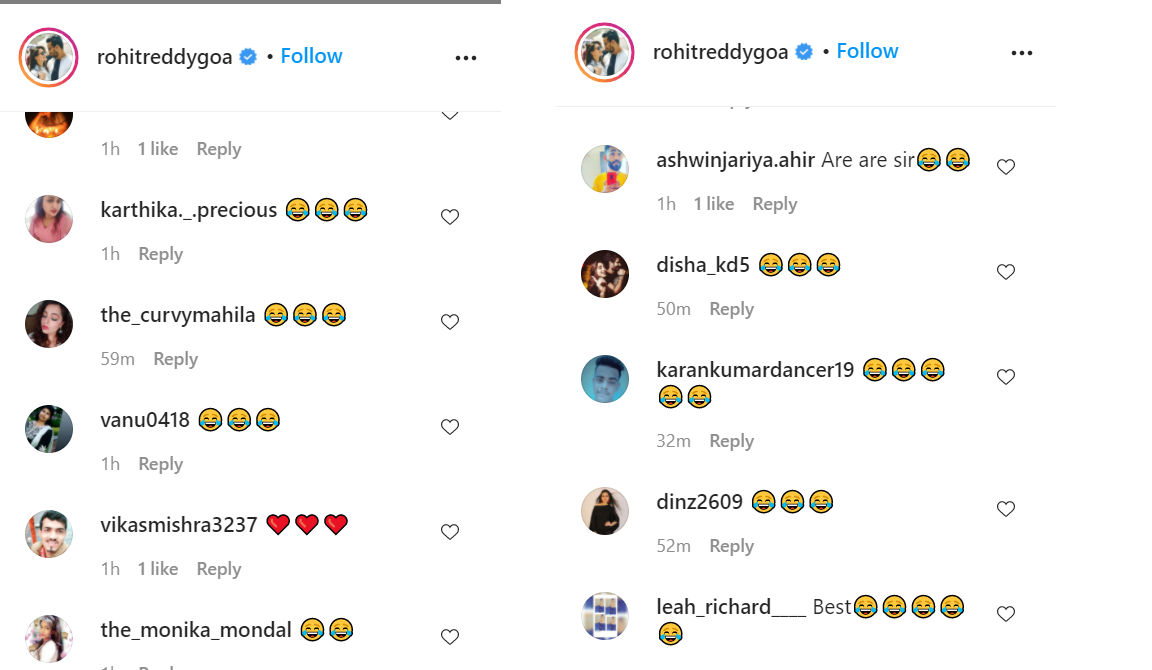 The Pawri Horahi Hai Video took the Internet by storm. People all over the world are making videos and reels to show their own version of the superhit dialogue meme. Yashraj Mukhate, who turned into a superstar overnight after his Rasode Mein Kaun Tha dialogue meme, shared the Pawri Horahi Hai remix video that has gone on to become on rage. Pawri Horahi hai video shows a hilarious part of a vlog shot by Pakistani YouTuber Dananeer in which she is in the mountains with her friends and says,  “Yeh Hum Hai, Yeh Humari Hai Aur Yaha Pawri Ho Rahi Hai.” went super viral on the internet. He has also given us other meme songs including Biggini Shoot and Sadda Kutta Tommy. All of his tracks have become popular with Bollywood celebrities also recreating their own versions to the dialogue meme.  out the latest Yashraj Mukhate video right here:

Rohit and Anita recently welcomed a baby boy into their lives on February 9. Rohit had posted a happy bu emotional video on Instagram which shows them in the with Anita holding the newborn baby with the saying “Congratulations” to the newly turned parents. The couple has also been sharing glimpses of their baby boy on Instagram.