Indian actress Amrita Rao recently shared a hilarious new video on her Instagram handle with her newborn son. The actress took to her Instagram account in November 2020 to announce the birth of her son, Veer, with a sweet little caption. Now the actress seems to have settled into her role as a new mother and uploaded a funny new video on Instagram.

Amrita Rao’s video prompted many responses from her fans. The actress, however, enjoys a more personal touch on her social media and took time to respond to fan comments thanking them and sometimes just responding with a funny comeback. Many of Amrita’s fans responded to the video saying this was one of the best interpretations they had seen of the viral trend. Amrita responded to many of them saying thank you and simply laughing if they said something funny. Take a look at some of the reactions and Amrita’s responses below.

Also read: Mallika Sherawat Poses In The Balcony Wearing Nothing But A Towel, See Pic 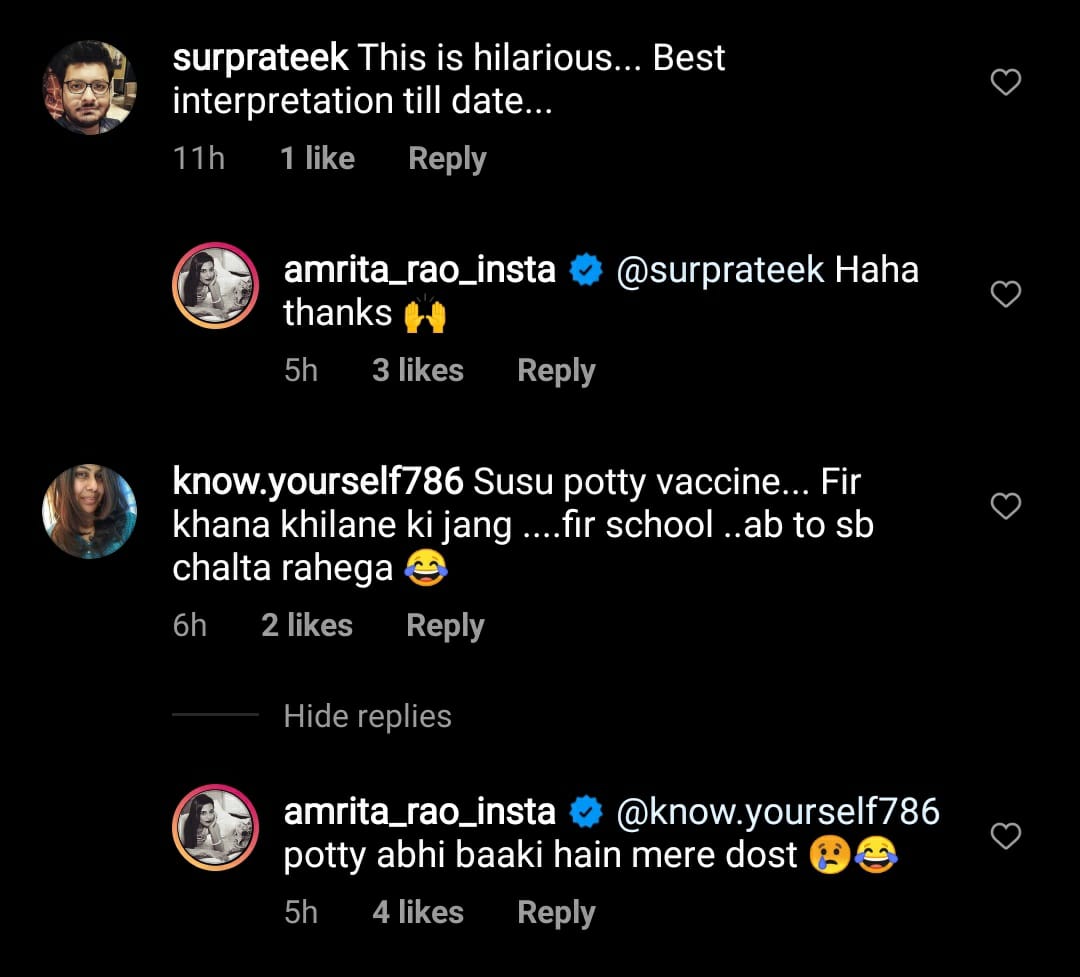 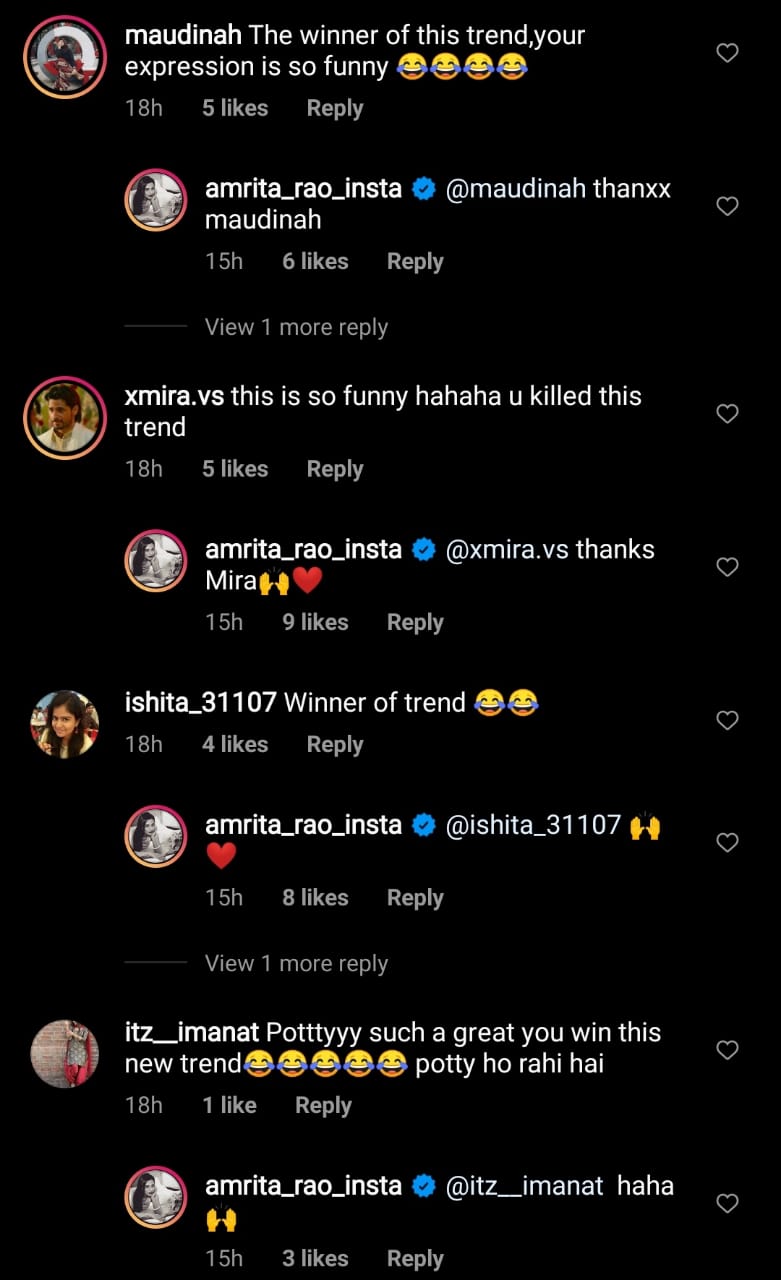 Amrita Rao’s Instagram handle is quite popular as the actress is admired and loved by her dedicated fan base. Amrita enjoys a following of 1 million on Instagram. Amrita might not be an everyday Instagrammer but the actress often keeps her fans updated with the important events in her life on Instagram, much to their delight. Amrita often shares photos of her family and friends, just a few days ago,  Amrita shared a throwback photo with her husband, Anmol, from when they went for a vacation. Take a look at the post below.