KARACHI: With all the fame that Pakistan’s very own Dananeer Mobeen is getting after her ‘Pawri Hori Hai’ video went viral and eventually turned into a meme that celebrities across both sides of the border recreated, it comes as no surprise that someone has become upset.

I don’t know why everyone wants to talk like me because this is very annoying.

@pardesi.carly, a foreign TikToker who prides herself on being “a Hindi-speaking white girl“, has voiced her thoughts on the viral ‘Pawri Hori Hai’ meme in a new video and it has taken many by surprise.

“This is very annoying,” she says in her TikTok video captioned: “I had to speak extra slowly because this went against all of my instincts.”

“So you know the meme that’s like “yeh hamari pawri ho rahi hai”. Like intentionally with the American accent?

“I can’t even make a joke about that because that’s what I sound like all the time, ya know?

According to @pardesi.carly, Dananeer Mobeen’s way of speaking in her uber-famous ‘Pawri Hori Hai’ video is “intentional obnoxious gori pronunciation”. 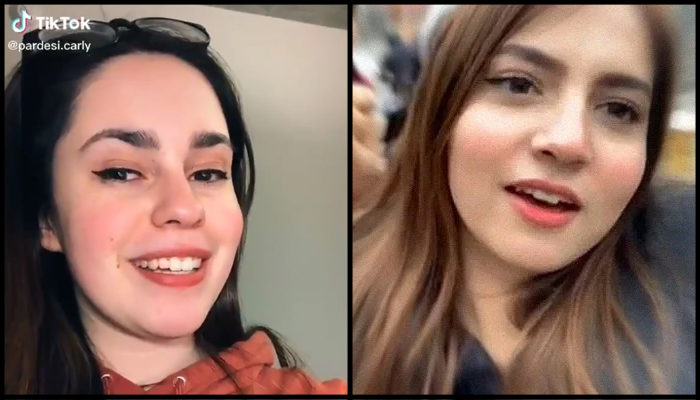 Related: Amid pandemic, Shaniera Akram urges people to ‘Pawri’ with masks on

@pardesi.carly, however, didn’t stop there and opined that speaking well in Hindi and Urdu was “pretty difficult”.

“I don’t know why everyone wants to talk like me because this is very annoying. Five years of learning Hindi, just for a meme, down the toilet. thanks!”

Also read: Indian woman laments going back to work from office in ‘Pawri Over’ viral video

Dananeer, however, has been busy enjoying the fame and sending her well-wishers tonnes of happy vibes and prayers. She recently joined the Pakistan Super League (PSL 2021) franchise, Peshawar Zalmi, and has been invited over to multiple TV shows.