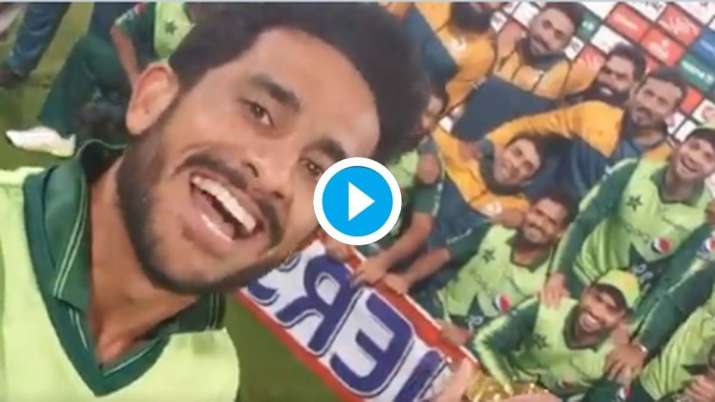 Pakistan defeated South Africa in the final T20I of the three-match series by 4 wickets to win the series 2-1.

The Pakistan cricket team recreated the viral ‘pawry ho rahi hai’ meme after the side beat South Africa in the final T20I of the three-match series against South Africa.

Pakistan beat South Africa by 4 wickets in the match in Lahore, chasing the 165-run target with eight balls to spare.

On their official Twitter account, the Pakistan Cricket Board shared a video of the side recreating the meme.

The 19-year-old Dananeer Mobeen had originally made the video on her official Instagram profile, which triggered a series of memes.

The 32-year-old legspinner Zahid Mahmood picked up 3-40 in his debut game and had reduced South Africa to 65-7 before Miller’s clean hitting powered South Africa to a total of 164-8. Miller hit five fours and seven sixes in his unbeaten knock.

South Africa’s Tabraiz Shamsi grabbed 4-25 in a game dominated by spinners, but Pakistan’s lower order hung in to reach 169-6 with eight balls to spare and record its 100th win in a Twenty20 international.