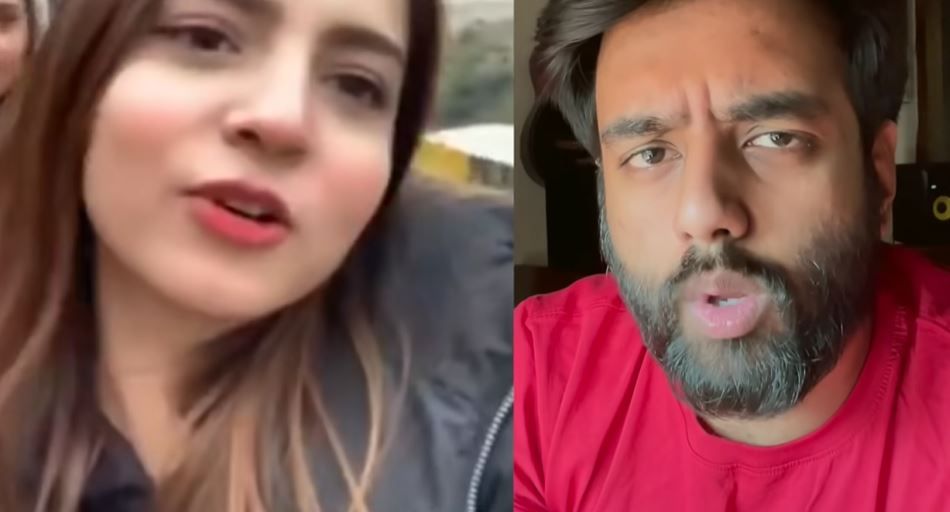 New Delhi: If you are an active social media user, you might have already seen the viral video clip of a social media influencer from Pakistan, Dananeer Mobeen where she can be heard saying, “Ye humari car hai, aur yeh hum hai. Aur ye humari pawri ho rahi hai (sic).” Her video is not only being widely shared on various social media platforms, but netizens have gone all gaga over the viral video and has also created their own hilarious versions and shared them on the internet along with other memes and mashups. Also Read – ‘Shweta, Your Mic is On’: Twitterati Is Obsessed With Shweta Memes, Urges Yashraj Mukhate to Create Spoof Music on It | Watch

Grabbing the opportunity, music composer Yashraj Mukhate who earned fame for his viral tracks Rasode Mein Kaun Tha,  Biggini Shoot and Tuadda Kutta Tommy gave a musical twist by adding music and beats to the video of the ‘pawri’ girl. Sharing his unique creation on Instagram, Mukhate captioned the video as: “Aajse me party nahi karunga Sirf pawri karunga. Kyuki party karneme wo mazaa nahi jo pawri karneme hai (from today I will not party, I will pawri, there is more fun in pawri than a party)”. Also Read – This 24-yr-old Female Bus Driver is Constantly Told She is ‘Too Pretty’ for her Dream job as a Bus Driver

Yashraj thanked all the people who sent him personnel messages and urged him to create a quirky rap on Dananeer’s video. He also gave a big shoutout to the content creator. Also Read – Tried This Viral Flying Dosa Yet? This Street Vendor Has Stunned Netizens With His Unique Style of Making Dosa

“And a big shoutout to the pawri girl @dananeerr,” he wrote. His video has got over 3.3 million views on Instagram in a day, while it received over 7 million views on YouTube and has been trending ever since it was posted.

Responding to this, Dananeer thanked Yashraj on Instagram and wrote: “NEW FAV ‘PAWRI’ ANTHEM! You took this pawri to another level.”

Dananeer’s viral video came at a time when it is believed that the COVID-19 pandemic might have killed the weekend party vibes amid people, but Dananeer’s gave the youngsters a unique way for partying with the new anthem #PawriHoRahiHai. The viral video was posted as a joke by Dananeer while she was vacationing with her friends in a hilly area of Pakistan. She had shared the video with her followers with the caption, “No one: When borgors visit northern areas: yeh hamari pawri horai haai. This is the gold content you guys signed up for. 10/10 meme material (sic).”