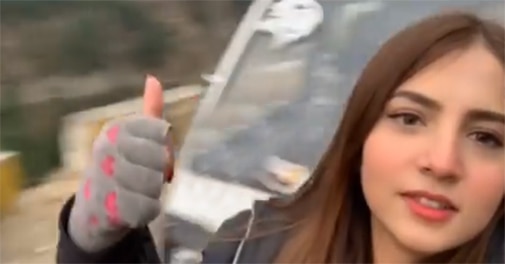 Turns out there is a ‘pawri’ happening on social media and everyone wants to be part of it! As the #pawrihorahihai fever grips social media, brands like Dominos, Swiggy, Zomato, State Bank of India (SBI), Oyo, and Netflix decided to cash in with some fun posts.

To promote its 50 per cent discount offer, Dominos took to Instagram and posted, “Don’t forget to order your favourite sides for the Dominos Pizza Party and get up to 50% off on all orders. #PawriHoRahiHai.”

Food delivery apps Swiggy and Zomato also decided to have some fun with this trend as a perfect valentine’s day plan doesn’t exist.

Online streaming giant Netflix could not keep away either and tweeted, “Watching something with your friends X Netflix pawri ho rahi hai, tick emoji.”

Watching something with your friends
Netflix pawri ho rahi hai

These were, however, not the only ones to encash the pawri trend as the central government’s press division-Press Information Bureau (PIB) and Uttar Pradesh Police also jumped in. In a recent tweet, PIB utilised the pawri trend to talk about its efforts at tackling fake news.

You may not be able to ‘PAWRI’ like that, but you can join our party to bust fake news! #pawrihoraihai#PIBFactcheckpic.twitter.com/0pFB24WBet

How did #PawriHoRahiHai become a top social media trend?

After the pawri video became a trend, musician Yashraj Mukhate, made his signature style music video on this trend. The musician, who is known for his rendition of Rasode Mein Kaun Tha put this music video out on Instagram with the caption, “Aajse me party nahi karunga sirf pawri karunga. Kyunki party karne me wo maza nahi jo pawri karne me hai.”

The track by Yashraj has over 43 million views so far and has been complimented by celebrities like the Gully Boy actor Siddhant Chaturvedi, Archana Puran Singh, comedian Sahil Shah and social media influencers Dolly Singh and Kusha Kapila.

Also read: ‘We got to give you a chance to rebuild’: President Biden tells Indian eatery owners