Shivangi Joshi is currently portraying the role of ‘Sirat’ in Yeh Rishta Kya Kehlata Hai. Now check out her newest version of the ongoing ‘Pawri’ trend including the involvement of the entire cast on the show’s set… 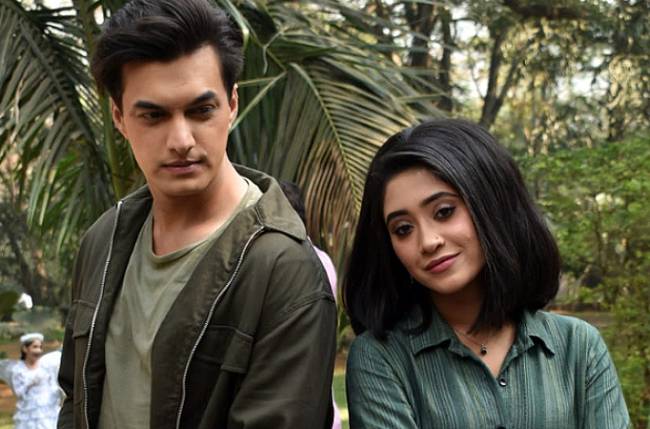 MUMBAI: After the ‘Rasoda’ and ‘Kya Karu’ stints, it’s time for Yashraj’s ‘Pawri’ trend. Initially made viral by a girl from Pakistan who used the quote ‘Yaha Humari Pawri Ho Rahi Hai’, it has now become an internet sensation with everyone trying their hands on the same.

Even our beloved Bollywood and television celebs have joined the bandwagon and shared fun and hilarious videos on social media. Right from Shahid Kapoor, Randeep Hooda to Deepika Padukone, everyone has tried the same.

Now, another celeb to join the bandwagon is none other than Shivangi Joshi herself. The actress who plays the role of Sirat in Yeh Rishta Kya Kehlata Hai has shared a video where the rest of the star cast follows her to indulge in the hilarious banter and is seen saying, “Yeh hum hai, yeh humara set hai aur yahan humari shooting ho rahi hai”, and others join her from behind.

As soon as the video was shared on social media, fans showered comments on the same.

Check out the video below:

Talking about Shivangi Joshi, she has been a part of Yeh Rishta Kya Kehlata Hai for a long time. Initially paired opposite Mohsin Khan aka Kartik as Naira, she now plays the role of Sirat who is a boxer by profession.

YRKKH happens to be one of the longest-running shows on Indian television and has always fared well on the TRP charts.

A spin-off of the show titled Yeh Rishtey Hain Pyaar Ke premiered in 2019 and was pulled off-air in 2020.