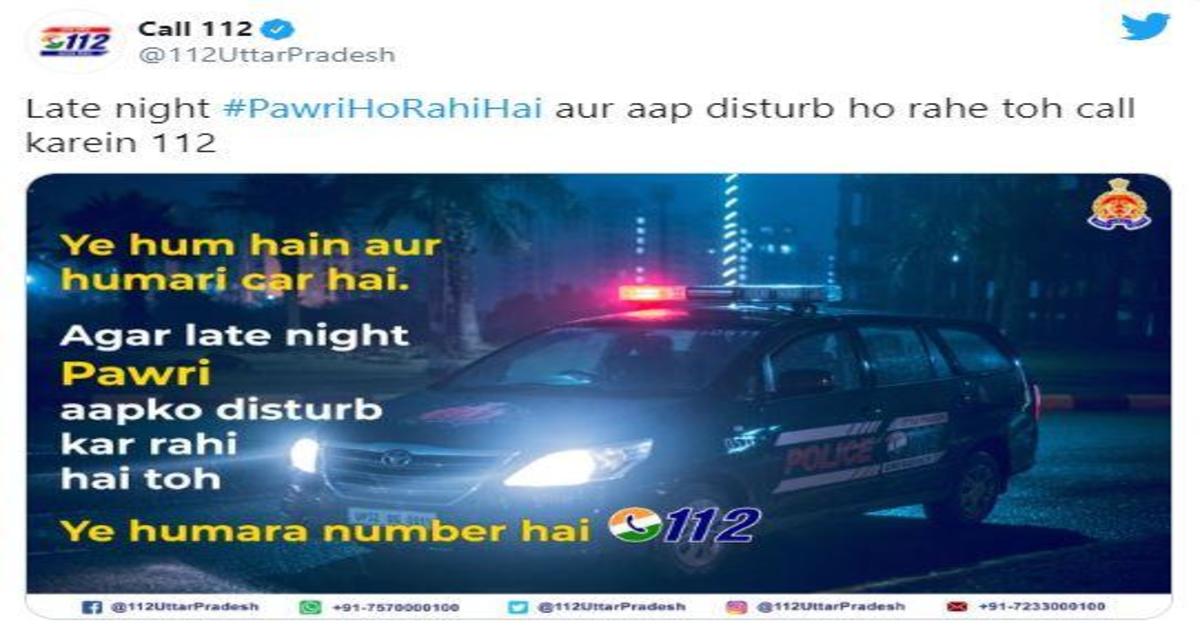 India’s state police of Uttar Pradesh has used Pakistan’s top trend ‘Pawri Ho Rahi Hai’ in their message against late-night parties on Sunday. The Uttar Pradesh police had posted a message on its official Twitter account.

Police encouraged people to call them if they are being disturbed by late-night parties. The video of a Pakistani social media influencer has created a storm in Pakistan and India, with the catchphrase, ‘Pawri Ho Rhi Hai’ trending atop on social media in both countries. UP Police also joined the bandwagon and used the phrase to warn people against late-night parties.

The video of the influencer went viral when an Indian musician had created a mash-up of the video.

A video of a Pakistani girl named Dananeer Mobeen went viral on social media. The girl showed herself partying with her friends. The video has now gone viral in India as well. Several Pakistani social media users asked Mukhate to do a hilarious remake of the viral video. Mukhate then uploaded the video on his Instagram account.

“Aaj se me party nahi karunga sirf pawri karunga. Kyuki party karneme wo mazaa nahi jo pawri karneme hai. (From today, I am not going to party, but I will ‘pawri’ because party won’t be as fun as pawri),” Mukhate wrote on Instagram.