As if the world was in great shape otherwise, Dhinchak Pooja has released another song. After ‘Selfie Maine Le Li Aaj,’ she has given us the gift that is ‘Gaadi Meri 2 Seater,’ shot with her sitting in a four-seater car, inspiring some memes which are comedy gold at the very least.

Spitting rap with a gusto that would make Jay-Z jealous (NOT), this track marks Pooja’s second attempt at competing with Tony Kakkar for the crown of India’s next Rebecca Black. Featuring Pooja’s signature deadpan tone that probably broke the autotune engineers employed to mix the track, this song sees her sitting in a yellow sports car in Connaught Place, singing “Gaadi meri chalti jaye, signal mujhko nazar na aaye,” in a sedentary car.

The best part is, there’s a person wearing a Spiderman mask in the driver’s seat, and Pooja alludes to him driving the Porsche they’re in, saying “Gaadi meri 2 seater, chalata usko hai Peter,” making for the crossover of Marvel’s wildest dreams. 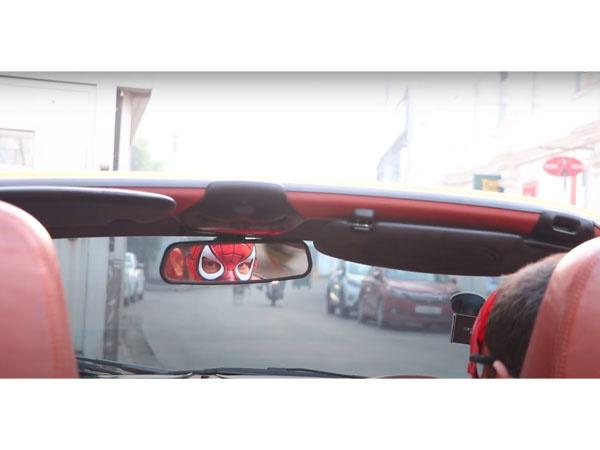 Now, many might be wondering why we are analysing a Dhinchak Pooja song. See, Pooja has released several songs after blessing the world with her selfie song, but this one caught our attention because it released at the same time as the “Pawri” song, making for a close contest between the two. Both these songs are high on the kewl-gal-standing-near-a-car quotient, but which one blew your mind more? That is the question we must ask ourselves as a society.

“Pawri” is about a girl, standing in front of a selfie camera, asking people to “pawri.” A track created by Yashraj Mukhate, the song features words from a video by Pakistan’s breakout star, 19-year-old, Dananeer Mobeen.

Yashraj’s mashup video has tied India and Pakistan together in what is the greatest diplomatic exercise since Veer-Zaara. The question is, has it beaten Pooja’s swagger-laden, Porsche-featuring, Grammy-worthy track? Make your ears bleed to decide.