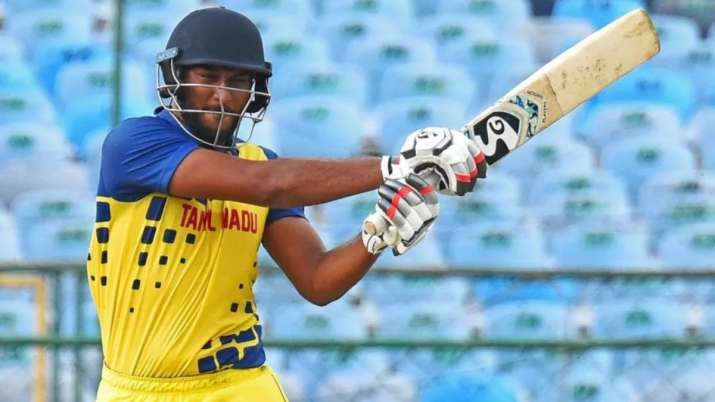 About a decade ago when Chennai Super Kings was by far the strongest and most consistent team in the Indian Premier League (IPL), with the then India skipper MS Dhoni leading them to play-offs after play-offs, Shahrukh Khan, the Tamil Nadu batsman who struck jackpot with Rs.5.25 crore bid from Punjab Kings at Thursday’s IPL auction, was taking baby steps towards big league in the Chennai franchise.

Khan, 25, who was named after Bollywood star Shahrukh Khan, won the best all-rounder award at a Chennai Super Kings junior tournament when he was around 14 and was immediately noticed.

“My mom’s sister was a big fan of actor Shahrukh Khan, so they named me after him,” Shahrukh told IANS on Thursday.

The cricketer is known for his big-hitting and performed well for Tamil Nadu in the T20 Syed Mushtaq Ali Trophy that they won, though he got only a few opportunities to bat.

Khan hit unbeaten 40 off 19 balls in the quarter-final match against Himachal Pradesh and scored an unbeaten 18 off seven deliveries in the final in which Tamil Nadu defeated Baroda to win the title.

“I think I have that naturally [the ability to hit big] because I am heavily-built and I have the power to muscle the ball. I have been working on it and trying to improve on that as well,” said Khan.

“I started playing from around under-13 days and as and when I got through the ranks I knew that I could make a career out of cricket. I got a lot of runs in my age-group category. That helped me and motivated me to try and excel at the next level.”

The Chennai lad is a multi-dimensional player. He can bowl off-spin, fast and is a very agile fielder.

“I used to bowl off-spin when I was younger. But I have been bowling fast for around two years. I will be bowling fast,” says the player who has represented Tamil Nadu in five first-class games, 20 one-dayers, and 31 domestic T20s.

R. Venkatesh, a current senior Tamil Nadu selector, and the one who coached him in his initial years from the age of about 10 to 15 says Khan was a very good all-rounder from a very young age.

“We always knew he would be a big buy in this IPL considering his performances in the T20 Syed Mushtaq Ali Trophy tournament this season where you could see him hitting the ball hard,” said Venkatesh.

“Basically, he is a very good prospect. He can also play the longer format. He has the ability to adapt to any situation. He plays for one of the India Cements teams in the Chennai league,” he said.

Khan’s father also played in lower division cricket, so the younger Khan has the pedigree, too.