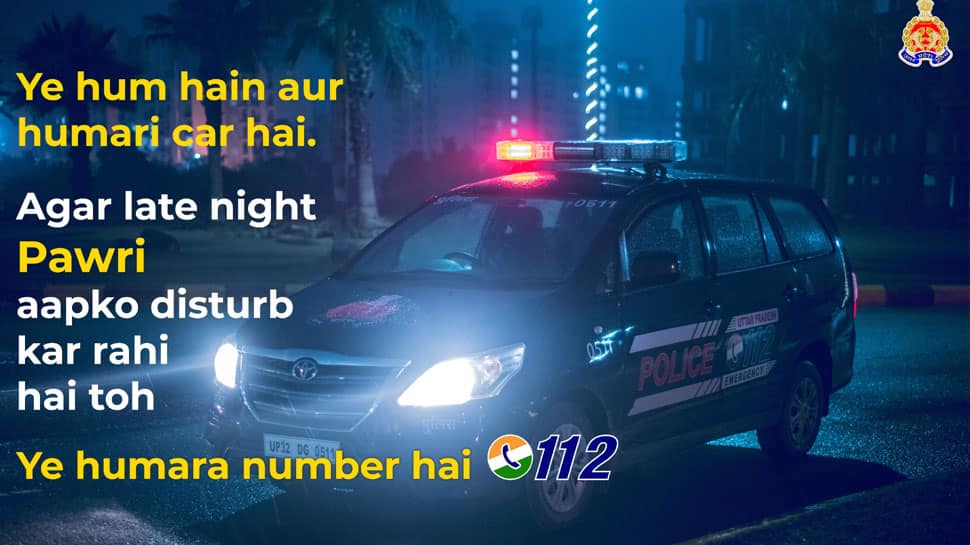 LUCKNOW: The Uttar Pradesh Police has joined the ‘pawri ho rahi hai’ meme fest on social media to urge the local residents to dial 112 if they are being disturbed by the late-night parties.

Through its tweet, the UP Police said if the locals are getting disturbed due to late-night parties happening around, then they can report the same to the police by dialling the emergency number 112.

The photo shared by the UP Police along with the tweet follows the trending hashtag #PawriHoRahiHai and says, “Ye hum hai aur hamari car hai (This is us and our car), Agar late night Pawri aapko distrub kar rahi hai toh, (If late night party is disturbing you) ye hamara number hai (Here is our number).”

The residents of Uttar Pradesh can also tweet their concerns to the UP Police on its Twitter handle and receive assistance by dialling on 112 in case of a fire or any other emergency.  They can also get an ambulance in emergency situations by tweeting to Call 112.

It may be recalled that a Pakistani girl named Dananeer Mobeen has become an overnight sensation after her ‘pawri’ video featuring her friends became viral. The ‘pawri’ video further went viral, especially after musician Yashraj Mukhate made a remix of the video that is slowly becoming a party anthem now.

Since these videos became a rage on the internet, nearly everyone on social media is now coming up with their own version of the meme and being as witty as possible and the UP Police has also joined the trend to send a witty message to the locals.

Of late, several state police forces around the country have a great social media team making sure that their message has gone across in the best way. Therefore, there are no surprises that this caution went viral on the microblogging site. Till now, it has gotten 1568 retweets and 6150 likes.

The UP Police’s new initiative to help locals irked by late-night parties in the surrounding has impressed the netizens.