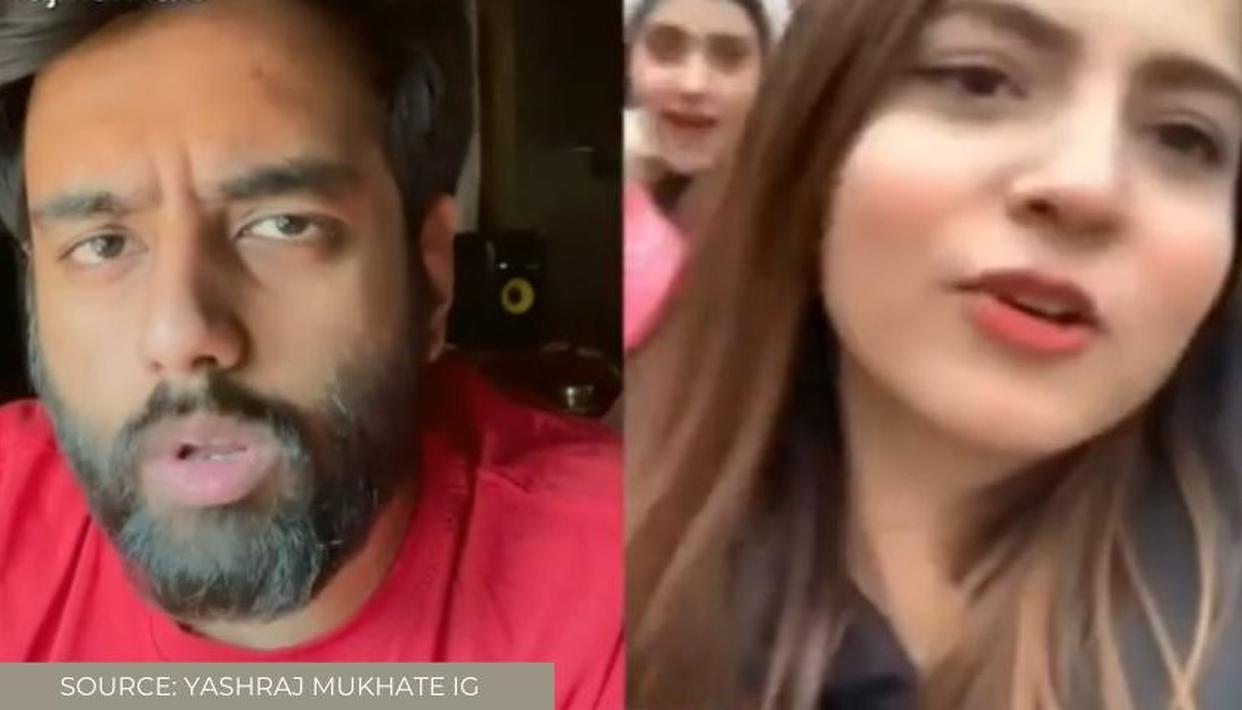 YouTuber and music-composer Yahsraj Mukhate broke the internet again with his Pawri Ho Rahi Hai song on the second weekend of February 2021. The song went viral within a few hours and sparked a meme fest on the internet. From pictures to videos, netizens gave the reference of the song to a handful of memes. While verified accounts, such as Netflix, promoted themselves with the trend, others used many common situations where the song fit perfectly.

As mentioned above, netizens came up with a bunch of hilarious videos and pictures. UP Police’s Twitter handle also joined the bandwagon and shared an interesting-yet-funny awareness post. Meanwhile, another photo-meme featured popular sitcom Office’s character, Michael Scott.  A video-meme was made of cult-classic film Gangs of Wasseypur.

Apart from GOW, in a video, a netizen used the template of the meme for his latest outing with his kids. Meanwhile, a girl also used the sound to give a peek into her party with “bhukkad” friends. Scroll down to take a look at a few ‘Pawri ho rahi hai‘ memes. 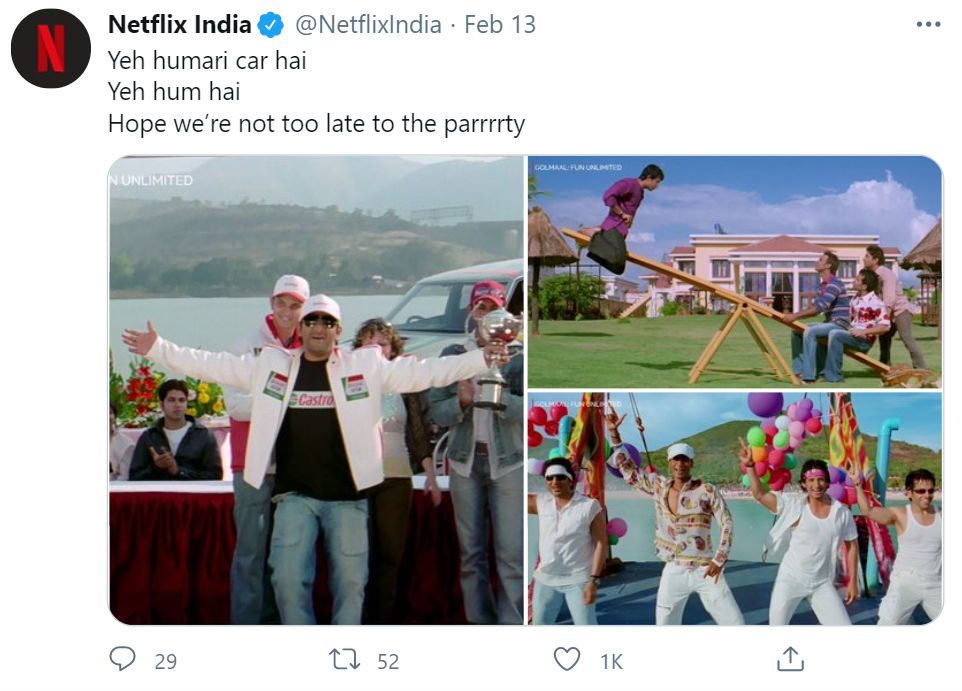 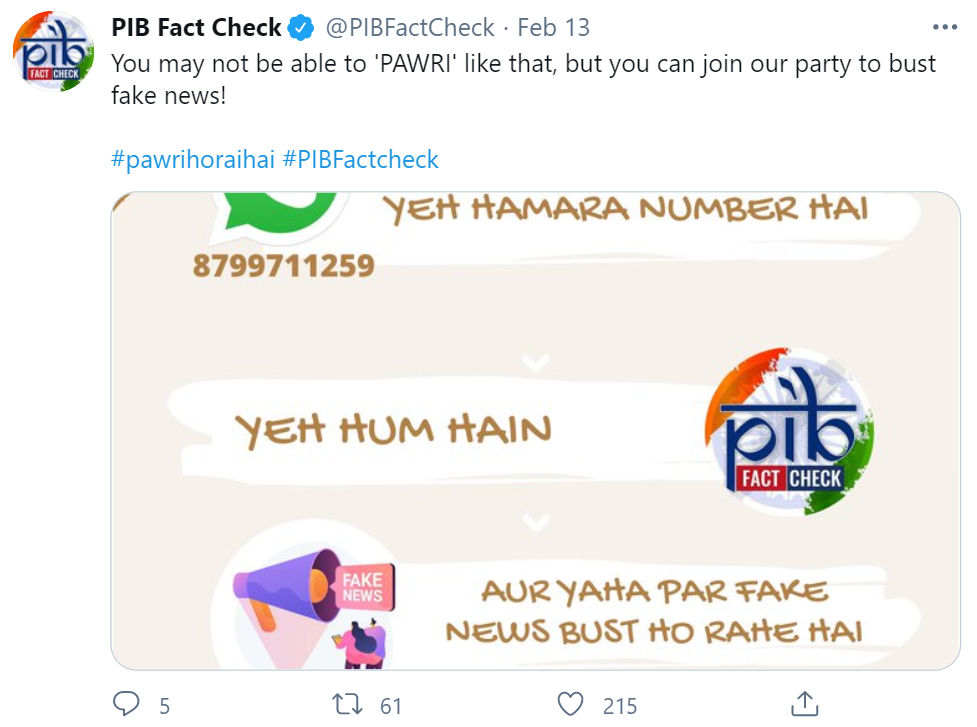 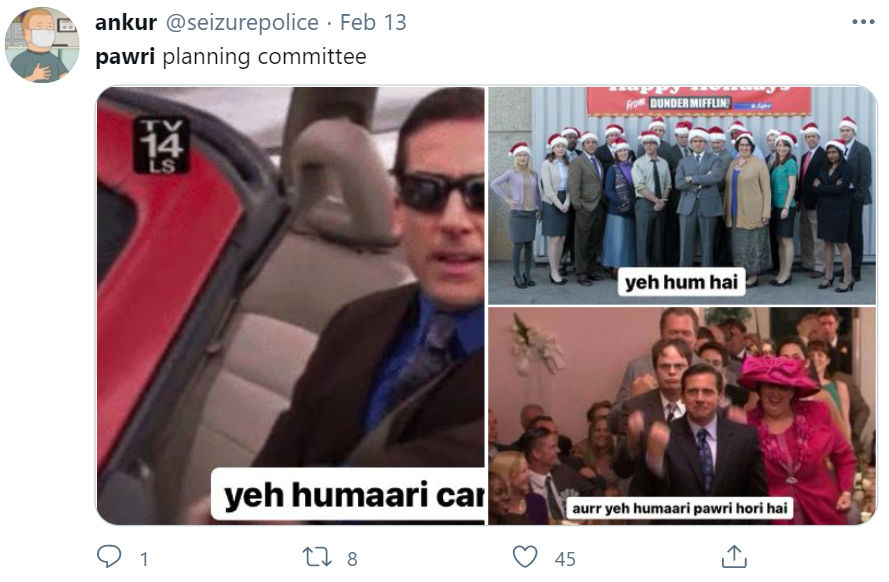 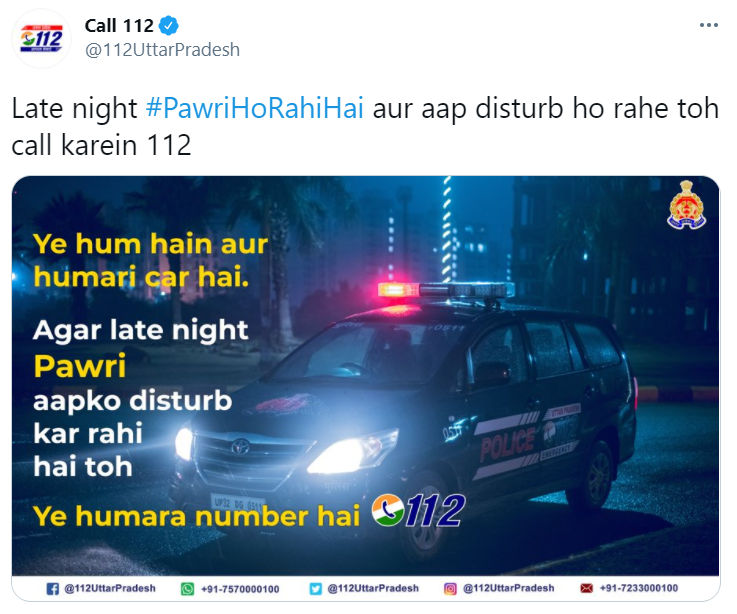 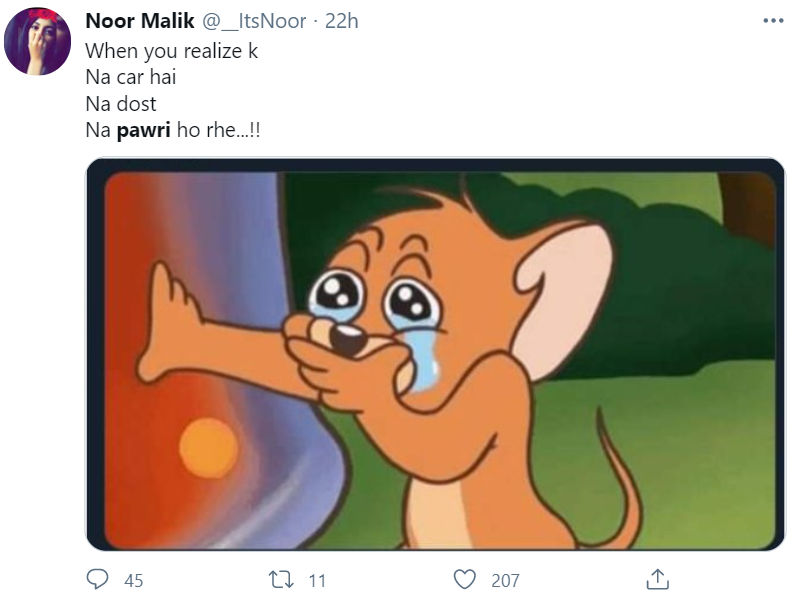 Yashraj Mukhate, who gained massive popularity for his Rasode Me Kon Tha creation, shared the mashup video on his social media handle on Friday. So far, the video has managed to bag more than 3M views. The comments section was flooded with numerous verified accounts and popular celebs lauding the creativity of the music composer. Aparshakti Khurrana, Archana Puran Singh, Fatima Sana Shaikh and Siddhant Chaturvedi are a few to name.

The original video was shared by a Pakistani social media influencer by the name of Dananeer. She posted the video on February 6. In the caption of her video post, she generalised borgors’ reaction when they visit northern areas. “This is the gold content you guys signed up for. 10/10 meme material”, read an excerpt of her caption. As per Mukhate’s caption, a section of netizens had shared the video with him while requesting to make a mashup on it.