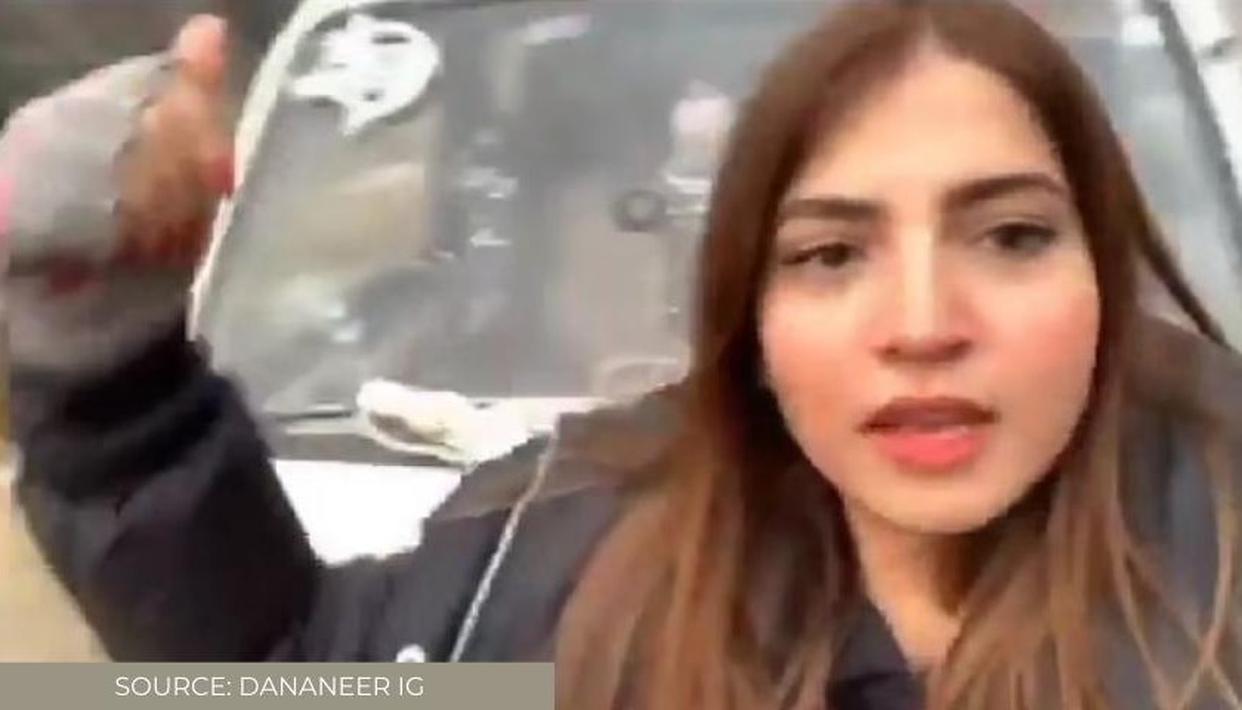 Interestingly, the video was first shared by an Instagram user by the name of Dananeer on February 6. In the original video, popular social media influencer Dananeer Mobeen is seen showcasing her surroundings that comprise of a car, some people and a mid-road “pawri”. Though many have taken to believe pawri is just how she says it, Dananeer’s manner of saying ‘party’ is not without context. And, her caption for the original video-pose made it evident that she knew what she was doing.

In her brief caption, she mentioned “borgors” and generalised their reaction when they visit northern areas. ‘Borgors’ in Pakistan is a stylisation of ‘burgers,’ a tag used for an upper-class of people deliberately trying to mimic western culture, mannerisms, habits and accents. Dananeer’s caption read, “No one: / When borgors visit northern areas: yeh hamari pawri horai haai” (This is how we party).

She further added, “This is the gold content you guys signed up for. 10/10 meme material”. So far, the original video has bagged 2M+ views while Yashraj Mukhate’s mashup video has garnered 3M+views. Scroll down to watch Pawri Ho Rahi Hai original video.

Who is the girl in Pawri Ho Rahi Hai song?

The girl featured in the original video is said to be a Pakistan-based social media influencer. On Instagram, she boasts of over 426K followers. Her photos and vlogs are popular among fans for outfits, skincare and makeup. Days before Yashraj made a mashup of it, the video gained massive popularity in Pakistan. Responding to the meme fest her viral video sparked, she said on her stories, “I am so glad you guys enjoyed”. On the other hand, Geena, as she is alternatively known, has even shared Mukhate’s rendition many times over.

READ | Gulshan Devaiah Feels ‘threatened’ By Fan; Shares Guidelines Of ‘how To Not Scare’ Celebs