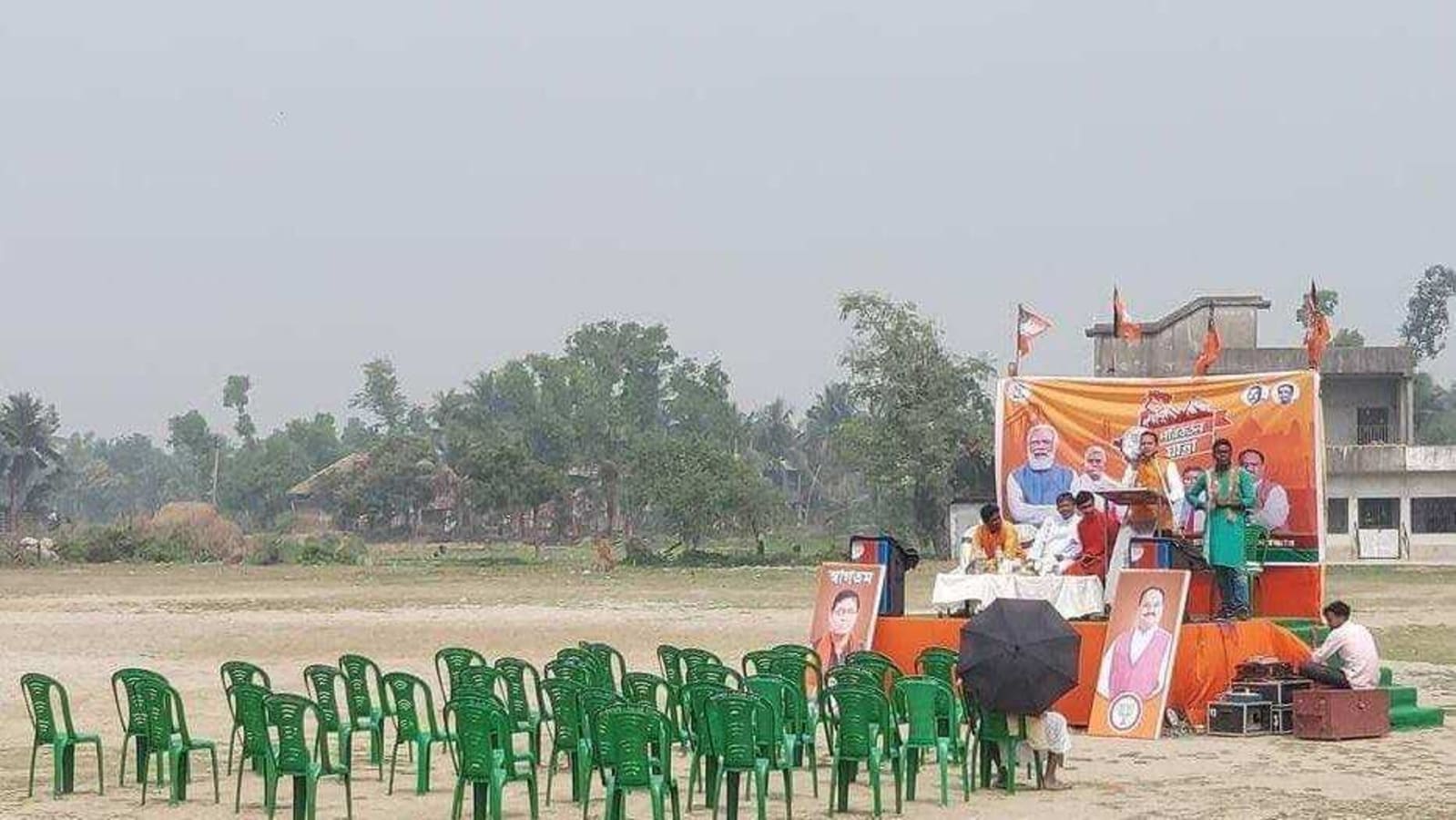 The Trinamool Congress took a dig at the Bharatiya Janata Party (BJP) on Sunday as it caught on the ‘pawri ho rahi hai’ meme that has taken social media by storm in the past week. The Mamata Banerjee-led TMC tweeted a picture of a public event where a BJP leader is addressing the audience of only one man while the rest of the seats lie vacant.

The original video has Pakistani influencer and content creator Dananeer Mobeen vacationing in a hilly location and in her 15-second video, she can be heard saying, “Ye humari car hai aur yeh hum hai aur ye humari pawri ho rahi hai (this is our car, this is us, and this is our party)”.

The authenticity of the image shared could not be verified.

Several celebrities and even the Uttar Pradesh police came up with their own “pawri ho rahi hai” versions, urging residents to complain against those partying till late in the neighbourhood. “Late night #PawriHoRahiHai aur aap disturb ho rahe toh call karein 112 (If there’s late night party happening around and you are getting disturbed, call 112),” the police in Uttar Pradesh had tweeted.

The BJP and TMC are at loggerheads and the tensions between them have become even more intense as the assembly polls draw closer. On Saturday, the ruling Trinamool Congress launched its slogan for the upcoming assembly elections — ‘Bangla Nijer Meyekei Chay’ (Bengal Wants Its Own Daughter). The BJP hit back on Sunday with its counter slogan ‘Bangla Didir Theke Mukti Chay’ (Bengal Wants Relief From Didi) and released it with an animation music video.

As the TMC pushes its ‘insider-outsider’ narrative, the BJP leadership has built suspense over its chief ministerial candidate for the eastern state. Union home minister Amit Shah, however, recently said the BJP’s CM candidate will not be an outsider.