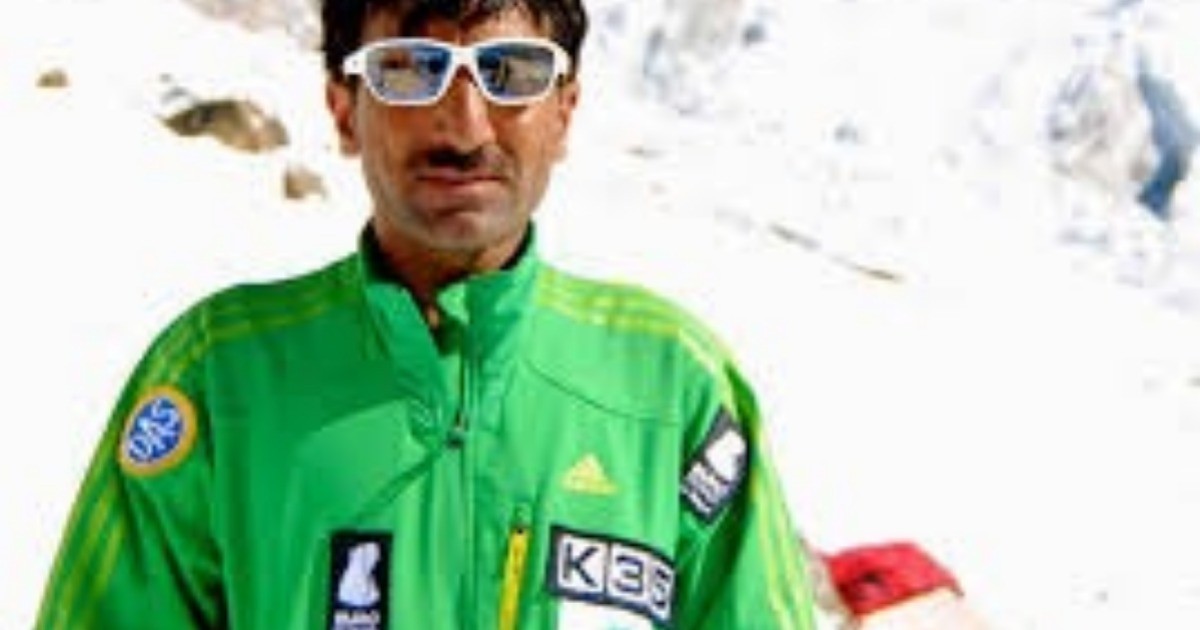 Donned in full protective gear to protect himself from a treacherous mix of strong winds and stinging snow, Muhammad Ali Sadpara, together with two other colleagues, last week began his last push to scale the world’s second-tallest mountain peak.

The trio was attempting to reach the 8,611-meter (28,251 foot) Korakarum-2 summit, commonly known as K-2, without supplemental oxygen to make history. They, however, lost contact with the base camp when they were only 411 meters away from the snow-capped top.

Mountain lovers across the globe took to social media sites praying for their safety soon after news of the missing trio broke in. But the prayers were not answered, as the rescuers declared them dead following a five-day operation launched on Feb. 6.

They had lost contact just hours after their colleague, Bulgarian Alpinist Atanas Skatov, fell into a crevasse and died.

Born in 1976 in a remote Sadpara village in Skurdu district of the northern Gilgit-Baltistan region which borders neighboring China,  Sadpara was the only Pakistani to have scaled eight peaks measuring above 8,000 meters – five in Pakistan and three in Nepal.

Adding another feather to his hat, he climbed 8,126-meter (26,660 feet) Nanga Parbat, also known as the “killer mountain” located in Gilgit-Baltistan without oxygen in 2016.

Together with Alex Tixon from Spain, he attempted to climb the world’s tallest mountain Everest in Jan. 2019 but had to descend due to bad weather conditions.

According to Karrar Haidri, the secretary of Alpine Club, the country’s official mountaineering organization, Sadpara had had plans to scale the remaining six 8000- meter peaks to join the elite of club mountaineers who climbed all 14 “eight-thousanders.”

Formerly known as the Northern Area and once part of the erstwhile Pakistan administered state of Jammu and Kashmir, the region at the confluence of the world’s greatest mountain ranges –Karakoram, Himalaya, Hindukush, and Pamir – is witnessing a brain gain, as people return to invest in the region.

It is home to six peaks of over 8,000-meter of altitude, including the K-2.
However, local climbers have long been forced to work as mere porters to carry loads with foreign climbers due to financial constraints and lack of training.

Sadpara began his career in the early 1990s as a low-altitude porter, which means that he would only go to the base camp, carrying loads with mountaineers.

In 2005, he became a high-altitude porter, which allowed him to climb to the last camp at a maximum height. Only a year after, he was part of a team that scaled Geeshabroom-2, the 13th highest mountain in the world at 8,035 meters (26,362 feet) located in Gilgit-Baltistan.

Football was his first love and choice, according to Qasim Butt, a childhood friend of Sadpara. He played as a midfielder and contributed to the Government College Skurdu’s victories for several years.

“Climbing was his second choice. He developed a passion for climbing when he started going with international climbers as a porter, which is one of the few income sources for area youths,” Butt, a local journalist, told Anadolu Agency.

“Scaling the K-2 in the winters and without (supplemental) oxygen was his longtime dream. He was very excited about this expedition,” his son, Sajid Sadpara, told Anadolu Agency. Sajid was also part of the ill-fated expedition but had to come down from a height of 8,200 meters due to equipment issues.

“I saw him on Feb. 5 at the height of 8,200 meters from where the bottleneck (a steep, narrow gully on the edge of the ice on the glacier surface east of the summit) starts. He was a few meters away from me,” Sajid, 23, recalled, adding that “He asked me to use (supplemental) oxygen to ascend the bottleneck as the oxygen level had dropped to a dangerous level. These were his last words.”

Sajid, however, had to come down when he found out that his oxygen tank was not working.

“I cried out to tell him about the issue, but he disappeared by that time. I never saw him again,” a somber Sajid said.

“He might have sensed the danger ahead. That’s why he had asked me to use (supplemental) oxygen to climb further. God knows better.”

Recalling his years of association with Sadpara, veteran mountaineer Nazir Sabir called his death a “great loss” that would have an effect on mountaineering for a long time to come.

“He was brave and tough,” Sabir, the first Pakistani to climb Mount Everest in 2000, told Anadolu Agency.

“Mountaineering is a risky business. And it becomes riskier in the case of climbing a mountain like K-2, which is the most beautiful yet most dangerous and challenging mountain in the world,” Sabir, who climbed K-2 in 1981 to become the second Pakistani to do that.

“Heroism doesn’t work while scaling a mountain like K-2. You have to be extra careful and concentrated, otherwise one wrong step, and it’s over,” he noted, hoping that Sadpara’s death will not discourage the aspiring climbers.

The daunting K2, also known as the “savage mountain” due to its treacherous terrain, had never been scaled in the winter until last month when a 10-member Nepali team scaled the peak for the first time in history.

It is the last peak of the 8,000-meter club to have been climbed in the winter, even 41 years after the Everest, which was scaled in 1980 in the winter season.

Some 300 mountaineers have made it to the top before, but all of them took up the challenge in either the summer or spring seasons.

Even in relatively better weather conditions, 86 climbers have lost their lives while trying to scale the mountain, which towers over the Shigar district of Gilgit-Baltistan.