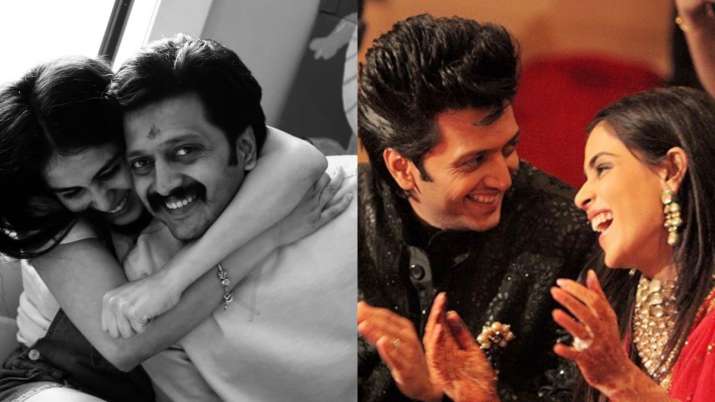 Riteish Deshmukh and Genelia D’Souza are one of the most adorable couples of indutry. Their relationship that bloomed from being co- actors to husband and wife showed everyone what real love is. Riteish and Genelia met each other on the sets of their debut movie Tujhe Meri Kasam in 2002. The two clicked and gradually fell in love. After nine years of courtship the two tied the knot on February 3, 2012.

Riteish and Genelia have reinstated faith not only in ‘happily ever after’ but in the entire concept of love. Genelia and Riteish are proud parents of two sons, Rahyl and Riaan. The couple often indulges in social media PDA as they share romatic pictures, goofy videos and set couple goals. As the couple celebrates their 9th anniversary today, let us have a look at the couples most cherished moments together;

On their 7th wedding anniversary, Genelia had penned down an emotional note for Riteish. She had written, “Every girl has a certain perception of how they would want their life partner to be… I Honestly Didn’t.. I had this most amazing partner who was my bestest friend, who was the shoulder, I always found when I needed to cry and who made me believe that no matter how tough life is, with us being partners we would take it on, in any form, in any way… That’s the man I eventually married and he never ever stopped being the reason for my smile… So I’m glad I never ever had a perception because the reality of living and breathing this wonderful man is all I ever needed to know.. I Love you @riteishd ..Here’s to many more laughs together, to the zillion times we will wipe each other’s tears and pick each other up when either/or feels weak or simply to life together forever and ever… Happy Anniversary.”