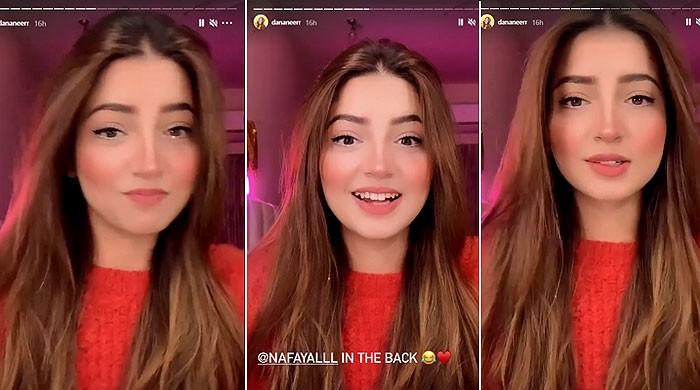 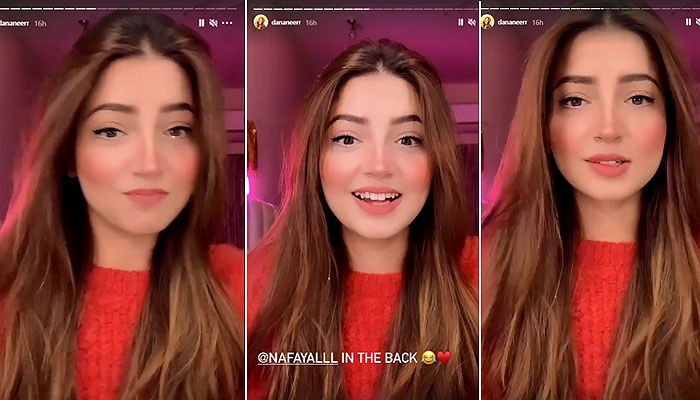 Instagram influencer Dananeer Mobeen on Wednesday advised her fans and followers against being jealous of one another.

Taking to her Instagram story, the influencer urged people to be happy for others whenever they achieve success or happiness in life.

“Izzat aur zillat sirf Allah ke hath may hai, jisko chahay jab de [Honour and dishonour is in the hands of Allah, He can give to whoever He wishes],” she wrote on Instagram.

Dananeer said that everyone had their own destiny and it wasn’t possible for anyone to steal another person’s fortune or favour.

“Your good intentions will come in handy for you in future,” she wrote. 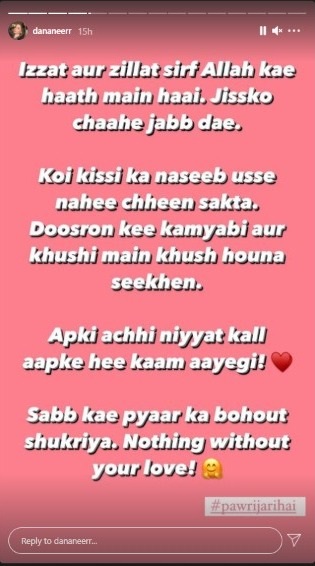 The influencer, however, clarified that she was just sharing a random message and that nothing untoward had happened.

“It was just a thought that I wanted to share with you guys,” she wrote. “I’ve received an abundance of love ever since it all started,” Dananeer added.

Last week, the young influencer’s video had gone viral and had been re-shared thousands of times across social media platforms like Twitter. 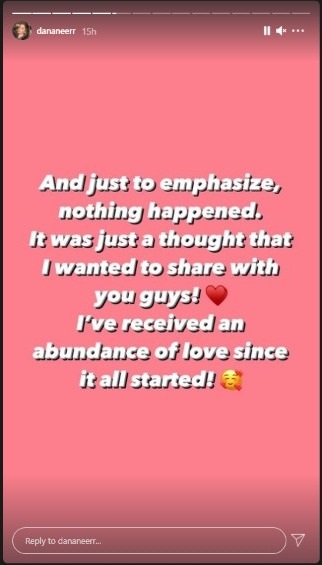 The viral video has been recreated hundreds of times with #pawrihoraihai trending on Twitter for a few days.

After taking Pakistani social media by storm, the trend #PawriHoriHai (parrrty ho rahi hai) has gone across the border and to everyone’s delight, it has turned into a catchy song.

Yashraj Mukhate, who is popular for turning viral videos and clips from TV shows and movies into upbeat, funny songs, had also turned #PawriHoriHai into a catchy number.

“From today, I am not going to party, but I will ‘pawri’ because party won’t be as fun as pawri,” Mukhate wrote in Roman Urdu on Instagram.