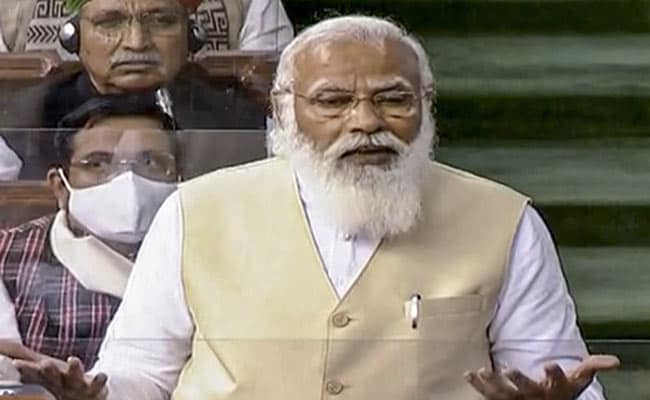 Prime Minister Narendra Modi on Wednesday stressed the importance of differentiating between “Andolankari” and “Andolanjivi“, a Hindi coinage now made famous by him, saying the latter are the ones who have hijacked the “pure” farmers’ movement for their vested interests, including seeking the release of those jailed for serious offences.

While “Andolankari” means an agitator, PM Modi had used the word “Andolanjivi” in his Rajya Sabha speech on Monday to refer to those who jump from one protest to another to serve their personal interests.

Speaking on the motion of thanks on President’s address in Lok Sabha, PM Modi said, “It is very important for the country to differentiate between Andolankari and Andolanjivi…”

“I consider the Kisan Andolan to be “pavitra” (pure). But, when Andolanjivis hijack a “pavitra andolan“, showcase photos of those jailed for serious offences…,” PM Modi said.

He also wondered how not allowing toll plazas to work and destruction of telecom towers can serve a “pure movement”, while adding that movements have significance in the country’s democracy.

Underlining the importance of the distinction between “Andolankari” and “Andolanjivi“, senior BJP leader and Union Minister Prakash Javadekar also tweeted a video of PM Modi’s speech where he makes these remarks.

(Except for the headline, this story has not been edited by NDTV staff and is published from a syndicated feed.)

3 thoughts on “Important To Differentiate Between Andolankari, Andolanjivi: PM Modi”