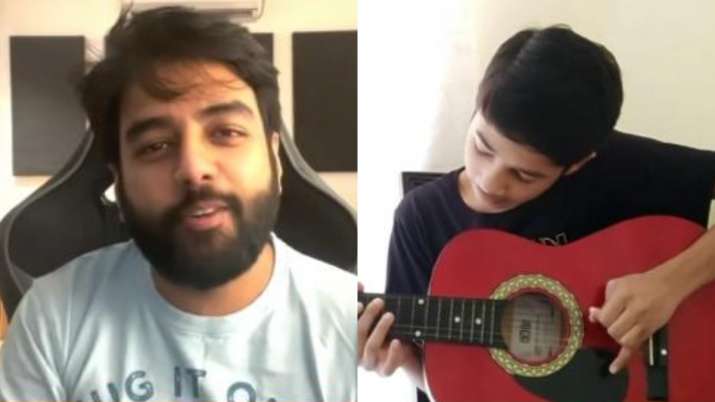 Social media star and music composer Yashraj Mukhate once again treated his fans with an exciting track ft. Vedant Sinha, popular child actor. He played the role of Manoj Bajpayee aka Srikant Tiwari and Priyamani’s (Suchhi) son Atharv in ‘The Family Man’ series. Vedant showcased his music skills on the occasion of World Music Day today. As in the series we saw how hard Vedant kept trying his hand at the trumpet, he relentlessly tried to create tunes – albeit with no success. However, here’s a little twist.

Atharv has now signed up for guitar lessons from none other than Yashraj Mukhate. According a video shared by Yashraj, Vedant can be seen showcasing his guitar skills as he plays a tune. Again he failed… But teacher Yashraj has a solution for the same. He transforms it into a masterpiece and that is his TASC.

Have a look at their hilarious musical journey here:

Directed by Raj and DK, ‘The Family Man 2’ returned for a second season on Amazon Prime Video. A third season has also been teased.

Meanwhile, The Family Man, is featured at the fourth spot on IMDb’s list of most popular shows. The second season of the web series, which released earlier this month opened to rave reviews. The show is preceded by Marvel’s Loki at number one, followed by Sweet Tooth and Mare of Eastwood.

Also Read: Manoj Bajpayee hints at how long fans have to wait for ‘The Family Man season 3’, says story is ready