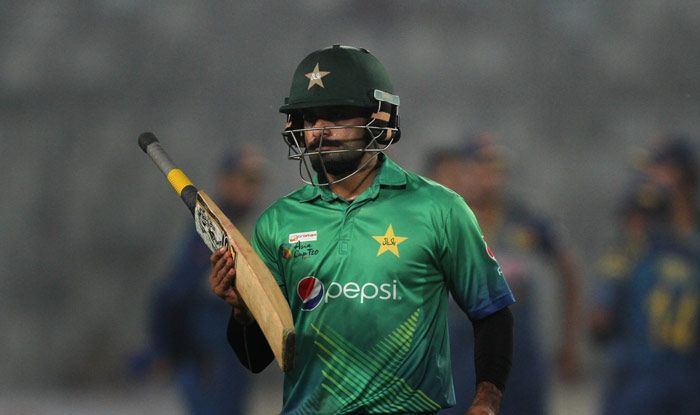 Pakistan have dropped veteran Mohammad Hafeez from a 20-man squad for an upcoming three-match T20I series against South Africa at home. Hafeez, currently in Abu Dhabi for a T10 tournament, had asked to join the bio-secure bubble later than the rest of the squad but Pakistan Cricket Board refused resulting in his exclusion. Also Read – Pakistan Will Ask For ICC T20 World to be Shifted From India in Absence of Visa Assurances

The Pakistan squad is to assemble and enter the bubble on February 3 but Hafeez had asked for permission to join by February 5. The resulting deadlock ended 40-year-old’s chances of featuring in the series that starts from February 11. Also Read – Pawri Ho Rahi Hai: Pakistan Cricket Team Joins Viral Trend As Pacer Hasan Ali Shares Hilarious Version | Watch

“Unfortunately, the scenario is as such that every player has to join the bio-bubble on Feb 3, and if a player can’t do so, it means he is unavailable,” PCB chief selector Mohammad Wasim said on Sunday. “If he was available, there’s no question on his performance, but unfortunately he is not available.” Also Read – Pakistan vs South Africa Live Streaming Cricket 3rd T20I: Preview, Squads, Match Prediction – Where to Watch PAK vs SA Stream Live Cricket Online on SonyLIV app, Jio TV, TV Telecast on Sony Sports

Opening batsman Fakhar Zaman and left-arm pacer Wahab Riaz have also been dropped for the series while the likes of Hasan Ali, Asif Ali and Aamer Yamin have been recalled. Four uncapped players – Zafar Gohar, Danish Aziz, Zahid Mehmood and Amad Butt- have also been included into the squad with the T20 World Cup set to be played later this year in India.

Also missing in the list are Shadab Khan and Imad Wasim.

All the three matches will be played at the Gaddafi Stadium with the squad alongside officials entering bio-secure bubble on February 3. Those who are also part of the second Test against South Africa will link up with the T20 team once the contest finishes.