Ullu is one of India’s fastest-growing OTT (over-the-top) platforms when it comes to adult-orientated Indian web series.

Compared to other streaming services, it is a very homegrown platform, with many of its shows having a small village setting.

They have diversified their content since but it is still the bold content that performs the best.

The platform also has a variety of Ullu Originals shows to choose from.

Ullu saw a huge subscriber increase during the Covid-19 pandemic and lockdowns in 2020. The fee to subscribe is substantially cheaper in comparison to other OTT platforms, which also makes it popular.

Here’s a look at the 10 best Ullu Originals shows to watch that were released in 2021. 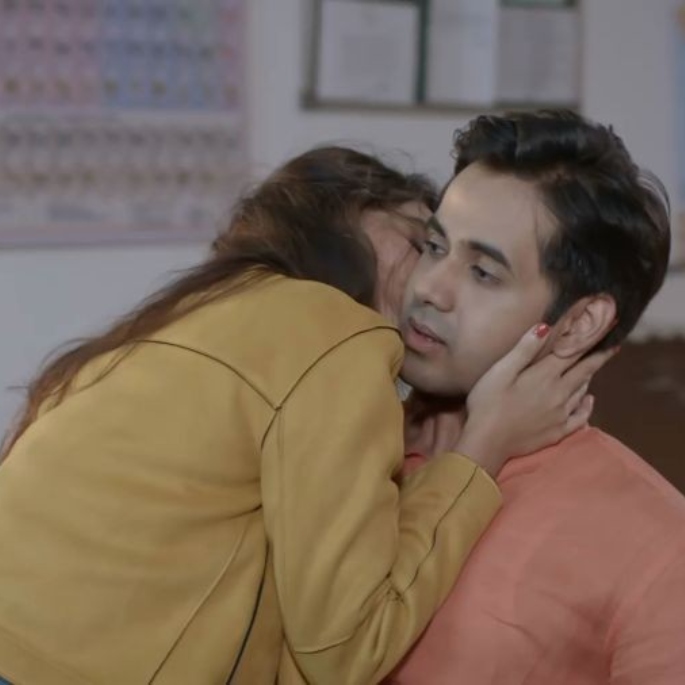 Virgin Suspect stars Randeep Rai as Chandan who is the prime suspect in the rape and murder of a Russian girl. Arrested for the crime, his lawyer believes he is innocent.

She then begins her own investigation to find out the truth as Chandan refuses to reveal his whereabouts on the night of the crime.

Randeep talks about the plot and his split personality for the role:

“It’s a high profile rape case story with a lot of twists and turns. It will keep you highly engaged with the storyline.”

“It was a wonderful experience to play such a character who is miserable but strong at the same time.”

The investigative thriller stars Rishina Kandhari as the lawyer Shanaya. Both Randeep and her have impressive television acting biographies.

There is a lot of talent in this show, with an original storyline. Rajeev Mendiratta directs this Indian web series, which had its premiere in January 2021.

This Indian web show is guaranteed to impress viewers. 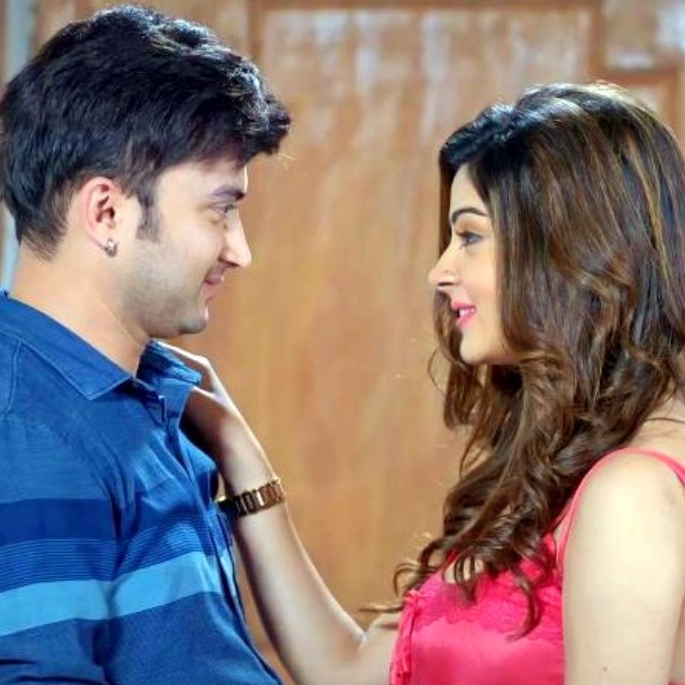 Online was released in July 2021 and is a funny, sexy show about a young man called Chetan played by Shivam Agarwal. Chetan’s father owns a lingerie store that is not doing very well.

Chetan realises that the business needs to be expanded. So, he goes to China to buy more exciting lingerie as well as vibrators. He then brings them back to India, selling them and make more money.

Shivam has previously appeared in the Indian web series Virgin Boys (2020) which attracted a lot of viewers. It was a sexy comedy show and the same will be delivered Online.

The second season of the show was released in August 2021. Hence, there are plenty of episodes to watch of this naughty show. 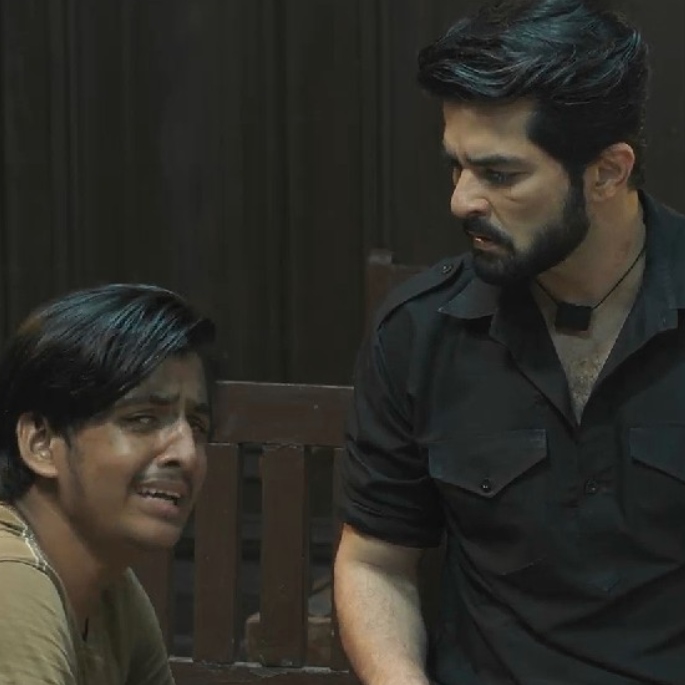 Assi Nabbe Poore Sau was released in March 2021, staring actor Raqesh Bapat in a never seen before avatar. The Indian web series is based on child murders.

Raqesh plays the role of Junaid, a devil with a human face whose aim is to see 100 mothers crying over the loss of their children.

He is seen as a mastermind who uses traps to ensnare children and then strangle them. There are a lot of gory scenes as the victims are chopped up and dissolved in hydrochloric acid.

Raqesh says he did not become familiar with his character overnight and that the challenging role came to him after receiving the director’s support:

“It took me some time to picture myself as Junaid Alam.

“I have always played a romantic boy next door on screen and to transform myself into such a strong multi-layered and extreme grey character got me the jitters.

“I am extremely thankful to Akshay Singh, the director who thought that I shall be the perfect fit for the role. It was only his belief and imagination that made me take up this challenge.

“Also, I am glad, my audiences will get to see me in a very different avatar. Fingers crossed; I hope people like our efforts.” 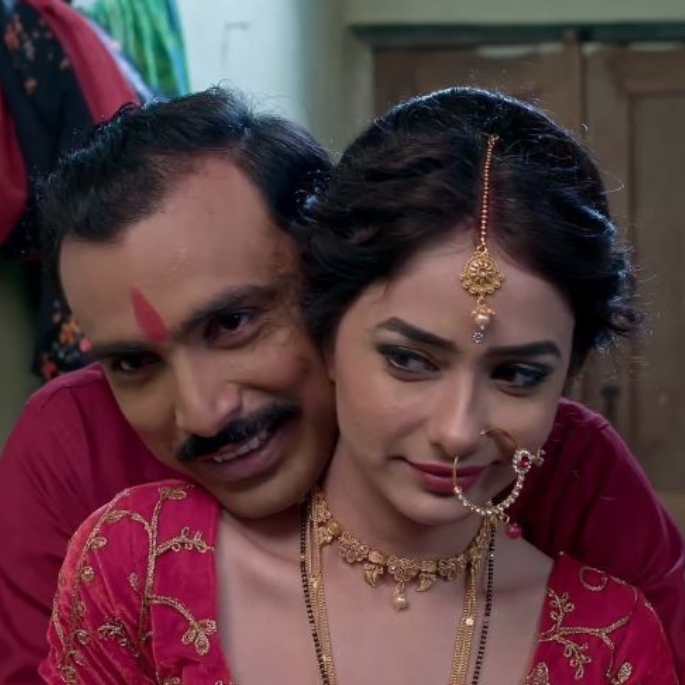 Leena Jumani plays the title role of Paro in this drama about an orphan girl who gets a marriage proposal.

Paro’s guardians marry her off the same day not knowing that she is being thrown into bride trafficking.

The issue of bride trafficking is central to the series, which has developed in many Northern states of India due to poverty and gender inequality.

The written form of the web series had a big impact on Leena as did the delicate topic:

“I was really touched by the script of the show. It’s such a sensitive issue and we need to address it.

“Paro is actually a term used for girls who are being sold like cow and cattle in the market for lust and sex.”

“They deliver babies but do not have the status of wife.”

“I am grateful to my stars to send a script this touching and relevant and a character so amazing to play.”

Paro came out in May 2021 and, with Sanjay Shastri taking the directors chair. It also stars Kundan Kumar as Sanju, with Gauri Shankar playing Munna. 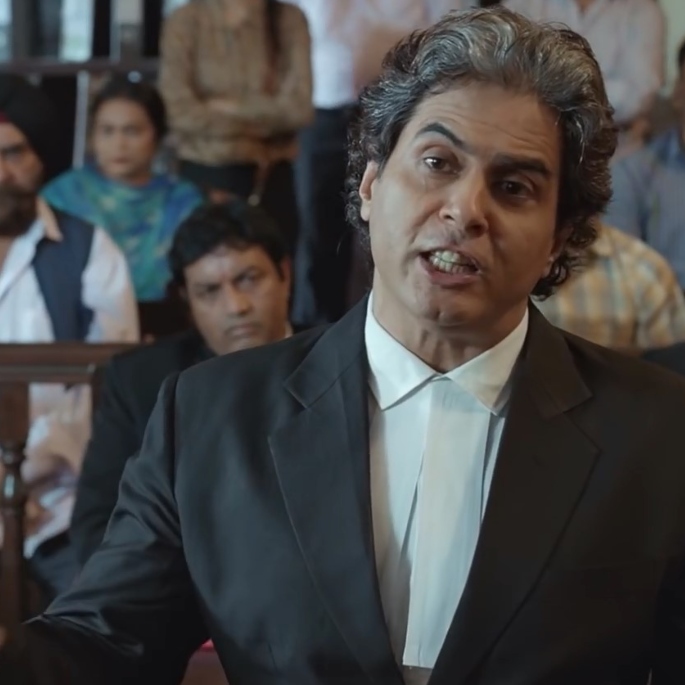 The Last Show is a drama based on the events of the Uphaar Cinema fire in Delhi, which claimed the lives of around fifty people. It stars Nasirr Khan as Tarun, with Aman Verma portraying Nanda.

Aman has previously come in Bollywood films such as Viraasat (2006) and Baghban (2003). It also stars the brother of Bollywood actor Anupam Kher, Raju Kher as Sushil.

The fire happened in 1997 when an explosion broke out in a movie theatre and killed many people. The story revolves around the families of these people and their fight for justice.

CEO of Ullu App, Vibhu Agarwal shared his thoughts about the show:

“We have endeavoured to tell stories inspired by true incidents that have occurred across the country, whether it be high-profile scams, murder mysteries, or mass death accidents.

“The audience is intrigued by such stories as they get an insight into what exactly happened. While people have heard about it, not many actually know the sequence of events and even the truth.”

This Indian web series was released in June 2021 and is a very emotional, heart-wrenching tale of how tragedy can affect people. 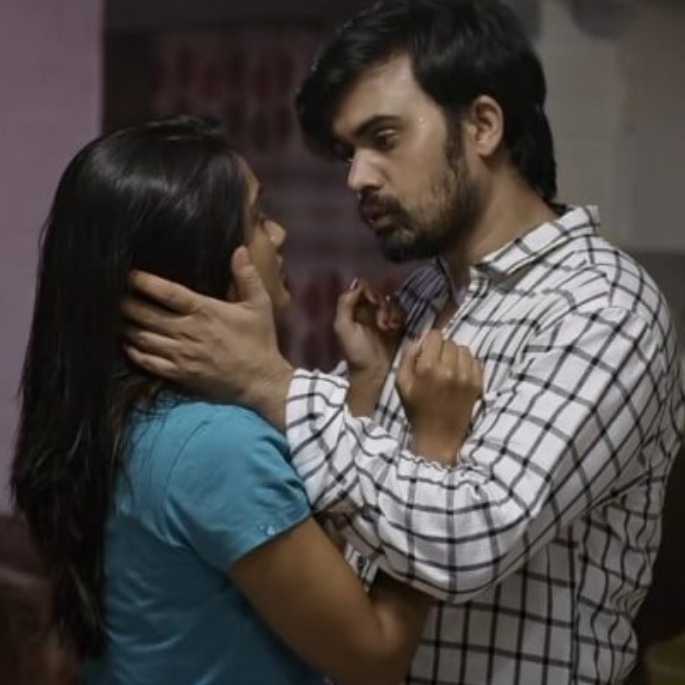 Saheem takes on the character of Gautam who is very possessive when it comes to his girlfriend, Rashmi played by Amika Shail.

Circumstances cause them to separate and Gautam does not react well. This leads to him becoming violent and threatening anyone who gets in the way of him being reunited with Rashmi.

In the trailer for the show, he is seen forcefully entering a house and holding the people inside hostage. Revenge dramas have always performed well, with Amika emphasising the reality:

“Our country is a hotbed of revenge and hate crimes against women.”

“There is weak law enforcement. Violence against women can be domestic, public, physical, emotional, or mental.

“Surprisingly in most of the cases, the accused are the persons known to the victim. I gave my nod for the series knowing the subject.

“I feel it is difficult but not impossible to prevent such hate crimes.”

Saheem Khan not only stars in the show but he also directed it. The show was released in June 2021 and other actors include Sonam Arora and Asit Redij. 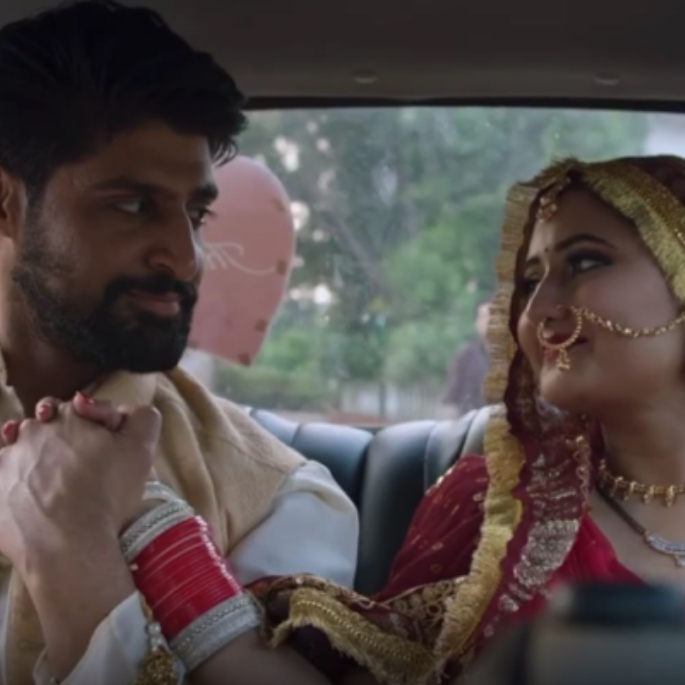 Tandoor is a very interesting crime drama that was released in July 2021. It is based on the true story of a case in Delhi in 1995 where a man killed his wife.

The gruesome details rocked the nation. The man who first shot his wife then chopped her into pieces and burned them in the Tandoor of his own restaurant.

It stars Tanuj Virwani as Sahil who is familiar with his role in the Amazon Prime show Inside Edge 2017).

Rashami Desai portrays his wife Palak in this reconstruction of what happened before and after the murder.

This is a prime-time murder that has never been televised or made into a film, which makes it very intriguing to watch.

Tanuj and Rashami have great chemistry on screen but Tanuj is especially impressive.

The Professional Times identifies the male lead  for his performance:

“Tanuj looks intense and extremely dangerous and for me, he is the best performer from the series.”

Despite knowing the climax of the series, it is interesting to see how it all unfolds. This crime of passion show is a must-watch for crime buffs everywhere. 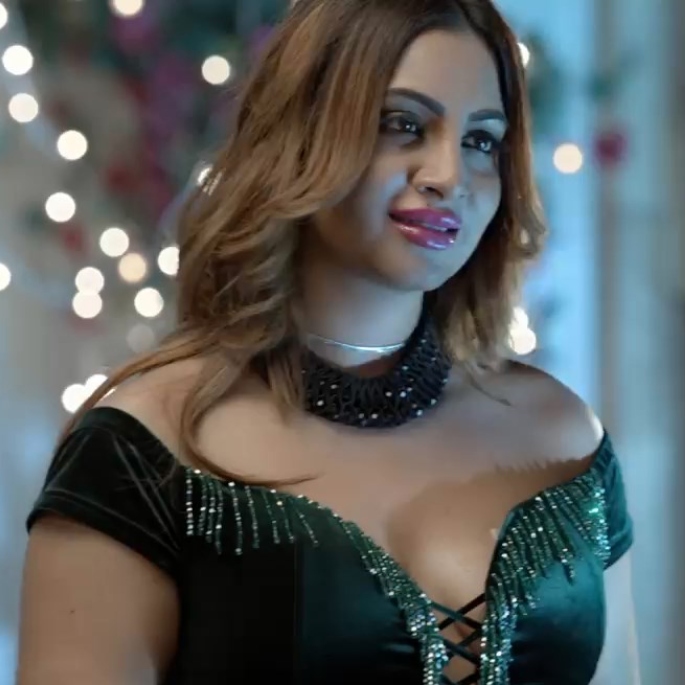 He offers his employee a large sum of money to just spend one night with the bride but she declines. The greedy boss is angry and instead of moving on, forces himself onto her.

Arshi who is known for appearing on Bigg Boss 14 plays Kamini in the series. For her role, she said that she took inspiration from Bollywood actresses.

“I am playing a powerful character. On one side, I am portraying a hot and glamorous woman, but at the same time, people will experience my other side also.

“It’s a suspense series so there will be so many twists and turns and I will be seen doing action sequences.

“For my role, I was watching Kareena Kapoor Khan’s Heroine (2012) to get me the glamour side.

The show is a chain of blackmail and deceit that is all about secrets and desires. The Devil Inside was released in August 2021 and is directed by Zia Ullah Khan. 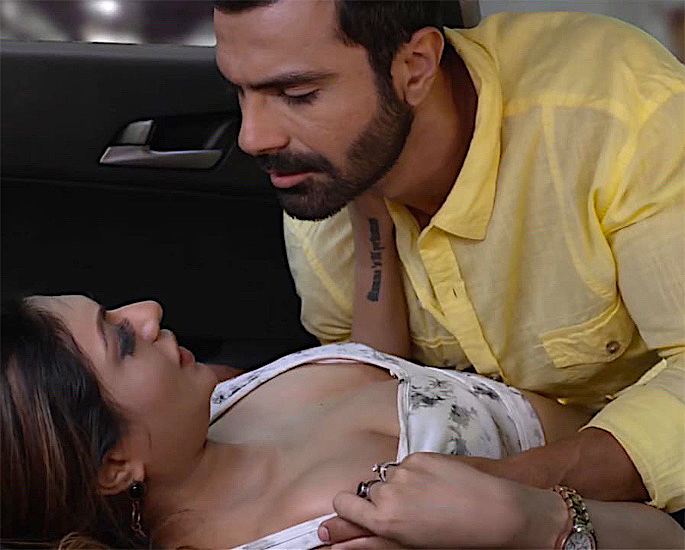 Fatherhood was also released in August 2021 and stars actor Ashmit Patel who is famous for his role in Bollywood film Murder (2004). Ashmit Patel plays the role of Pratap, father to son Kamal.

Kamal deals with a strict upbringing and has never been sexually active, with his father stopping him. When Pratap’s sister-in-law Nisha comes to stay, Pratap’s views change.

“I play a very strict and particular father. He’s dominant, aggressive, and a hard taskmaster. He doesn’t believe in being a soft-hearted person for his son.

“He wants to keep his son on the tip of his hands by controlling him through fears rather than love.

“I hope the audiences appreciate this character of mine and give all their love to the movie.”

It is an I. Shaikh directorial, which promises sensuality mixed with drama. 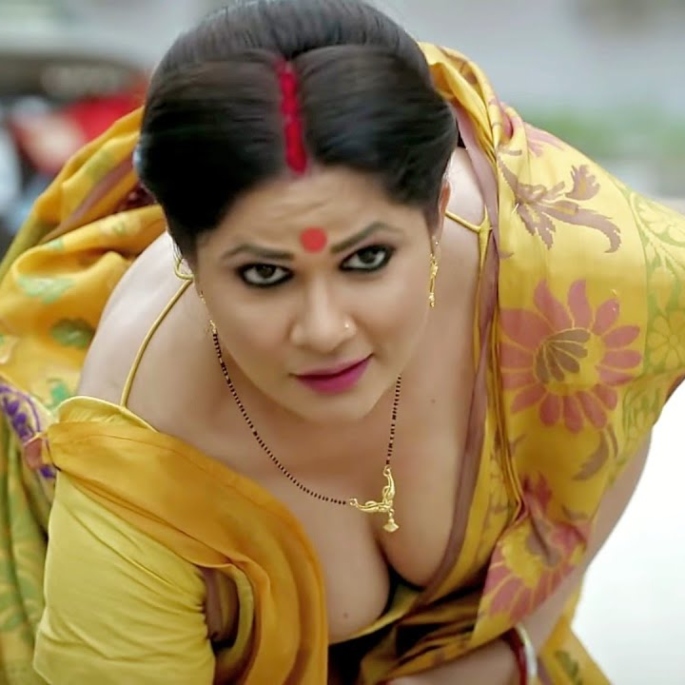 Namkeen is a comedy that revolves around a young man called Rajveer Dabra. He is interested in women of all ages and uses a telescope to spy on his neighbours.

Rajveer is a virgin and enjoys watching everything that goes on. One of his neighbours invites a man over when her husband leaves, with Rajveer watching their affair without them knowing.

When a new couple moves in Rajveer notices suspicious things and becomes fascinated with finding out what is happening. The watchman also thinks it is strange and helps Rajveer to investigate.

“I’m playing a young guy who is famous among girls.”

“My character is all about craziness. People will enjoy a lot watching me in a completely new avatar.”

The show is produced by Abhay Shukla who is popular for his role on the TV series CID.

It is a Manoj Giri direction, which came out in August 2021. Viewers will enjoy the film moving in different directions.

When it comes to Indian web series, although Ullu is known for its adult content, this list shows there is a lot more to the platform. They have shows based on true stories and crime dramas.

As audiences demand more from their OTT platforms, Ullu proves it can be bold and edgy. Equally, it can also be intriguing and thought-provoking.

With all these shows, there is bound to be something to please everyone.