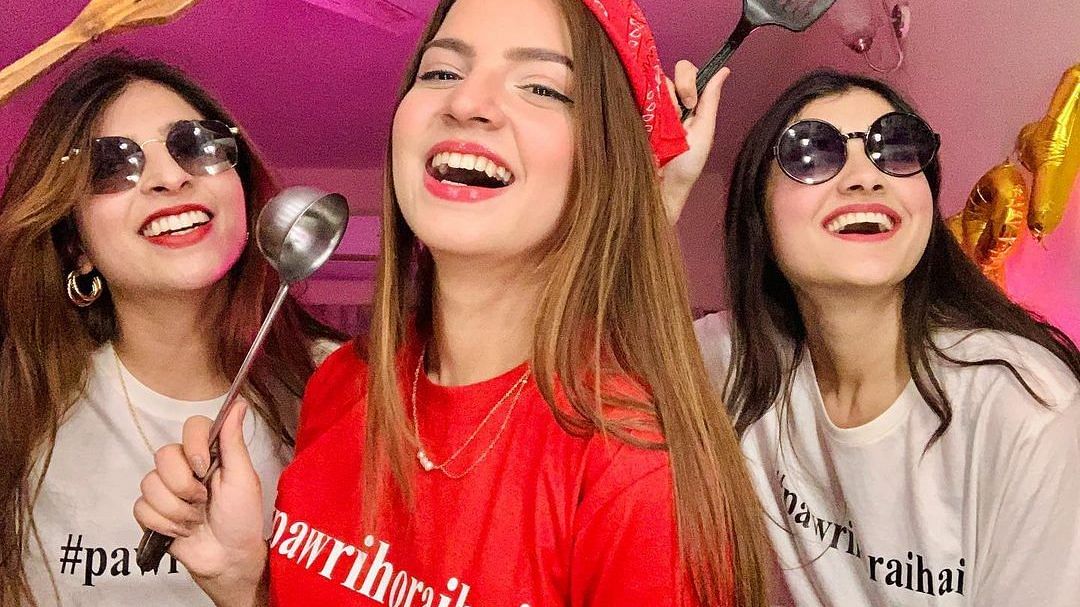 India and Pakistan, divided by borders, united by pawri. Now, it happens once in about a hundred years or so that Indians and Pakistanis like the same thing and can’t stop talking about it. Hail the meme that did what several governments couldn’t.

“Yeh hamari caar hai. Aur yeh hum hain. Aur yeh hamari pawri horai haai (This is our car. This is us. This is us partying): is an entertaining commentary by Pakistani influencer on how ‘borgors’ (burgers, a reference to the elite class) would act when visiting the northern areas in the country. Instagrammer Dananeer Mobeen captures their fake English accents introducing their car, themselves and how they are partying. There can be another meme religion on the burgers and we all will be the first batch of its believers.

We still haven’t forgotten the Pakistan Tehreek-i-Insaf (PTI) supporter Zohair Toru’s tirade: “Agar police wale hume marain gey toh hum inqilab kaise laain gey, yeh meray bhai garmi mein kharab ho gaye hain (how will we bring about a revolution if the police will hit us, my friend has gone band in summer). And how he wondered why police was after them with dandas, for he was the new-age Bhagat Singh.

Also read: In Pakistan, the cow has arrived. With it, comes Imran Khan’s new revolution

We loved it then because of its naïve spontaneity, we love it now because of Dananeer’s magnetic engagement. Amplified with Yashraj Mukhate’s musical feature, the pawri is now a metaphor of our times. It transcends beyond classes, genders and, of course, borders. One look at TikTok shows how the meme has been recreated by the rural as well as urban youth; follow the hashtag on Twitter and you will see boys and girls, uncles and aunties do the pawri; switch to television and anchors are using the three magical lines to begin their talk shows; come to social and political discourse, and you can barely spend a moment without someone uttering pawri ho rahi hai.

Desi political rivals now have a new template to go after each other.

If Indians want to rant on the petrol hike, the meme would transform to lootai ho rahi hai (looting is on); if Pakistanis want to rage on their inflation, they turn to PM Imran Khan driving a car and saying tabahi ho rahi hai. There is a pawri coup in India and Pakistan. From the State Bank of India to the Press Information Bureau to the police, everyone is sending out public service messages. And the Pakistani cricket team has also joined the meme fest after winning against South Africa.

The crazy thing is that the Pakistanis are elated also because this is yet another time when they have contributed to the meme world — after giving hits like ‘aunty gormint’, ‘maro mujhe maro’ and ‘wow that’s grape‘. Now, pawri has done what their military could never do: ghar mein ghus ke laughter se maara (beat up with laughter after entering the home). Obviously, since it is February, there will be Abhinandan too — just wait for 27th of the month. You all do know what happened then, right? two years ago, this day brought a great victory when Abhinandan fell inside Pakistan post Balakot. The anniversary day will soon be upon us but this time, old jibes will have a new meme — with two rival versions ‘pawri ho rahi hai’ and ‘Abhinandan ki pitai ho rahi hai’. One Abhinandan, two pawris. One can never give up true passion, you know.

Also read: Pakistan had a rough week. TikTok star slaps a mufti and army chief lines up for omelette

Credit where credit’s due

As we celebrate the new meme fest, let’s thank the English language, which remains a topic of every season in Pakistan among the elites. The oft-talked about colonial hangover and the recent incident of two restaurant owners in Islamabad ridiculing one of their employees because he didn’t speak “good English” started off an important discussion. But the real issue soon got diluted and it largely became ‘a East or West, Urdu is the best’ debate.

The controversy around the Pakistan Super League anthem ‘Groove mera’, sung by famous folk singer Naseebo Lal, caused heartburn to many over the pronunciation of certain English words. Leading the pack was Shoaib Akhtar who thinks that the word groove only means naali for starters and that words “crowd” and “am sure” weren’t sung appropriately. His meltdown led to him suing the Pakistan Cricket Board for the anthem and using abusive language on national television for the music creators. Dejected, disappointed with the production as if he is the next A.R. Rehman that no one knew about. Also, am-not-sure why angrez chalay gaye and Shoaib ko chhod gaye.

What is unique about pawri, though, is that in five seconds, the 19-year-old influencer intelligently captured the accented burgers and hit a home run. No one has time for extended gyaans today — all you need is an instant connection to make your point. Dananeer Mobeen did just that. And India’s Yashraj Mukhate gave a musical spin to it.

At least for this week, Pakistan and India have something in common: No Bhutto here, no Gandhi there. At both places, pawri horai hai.

The author is a freelance journalist from Pakistan. Her Twitter handle is @nailainayat. Views are personal.

Why news media is in crisis & How you can fix it

But the news media is in a crisis of its own. There have been brutal layoffs and pay-cuts. The best of journalism is shrinking, yielding to crude prime-time spectacle.

ThePrint has the finest young reporters, columnists and editors working for it. Sustaining journalism of this quality needs smart and thinking people like you to pay for it. Whether you live in India or overseas, you can do it here.

3 thoughts on “An Instagrammer did what two govts couldn’t. Indians and Pakistanis came to pawri together”