The offers were presented to the franchises during last month’s Governing Council meeting in Lahore. 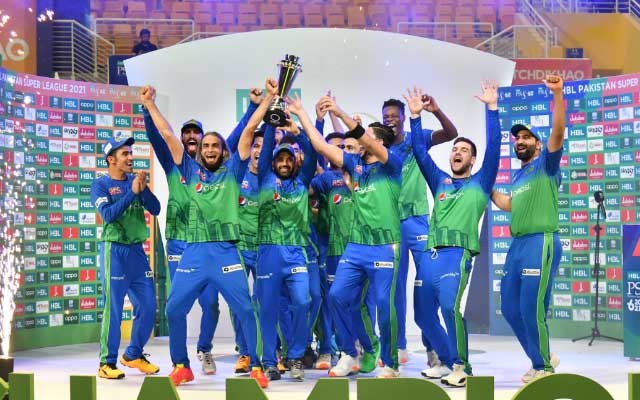 Some of the salient terms of the offer, which the six franchises have accepted, include:

PCB Chairman Mr. Ramiz Raja, who was recently elected unopposed after the three-year term of Ehsan Mani ended, welcomed the resolution and termed it to be a big step forward. “The longstanding matters between the PCB and the franchises were causing distraction and affecting the reputation of the brand,” Raja said.

“I am delighted that all matters have finally been resolved, which is a big step forward in building stronger relationship with the franchise owners as we look forward to working with them to take the HBL PSL to greater and unprecedented heights,” he added.

The franchise owners, in a joint statement, said: “HBL PSL is very close to our hearts. Since 2016, we all have worked very hard to bring it to where it is today. The acceptance of the PCB offer is an indication of our commitment and resolve to making the HBL PSL a bigger and better league that is participated by the best players, commercially supported by the elite companies and watched live by the passionate cricket fans in Pakistan as well as globally.”

The Pakistan Super League is a professional Twenty20 cricket league organized during February and March of every year by six teams representing six cities in Pakistan. The league was founded in September 2015 with five teams by the Pakistan Cricket Board. Instead of operating as an association of independently owned teams, the league is a single entity in which each franchise is owned and controlled by investors. From 2021, The PSL will have an exclusive window in the ICC Future Tours Programme.