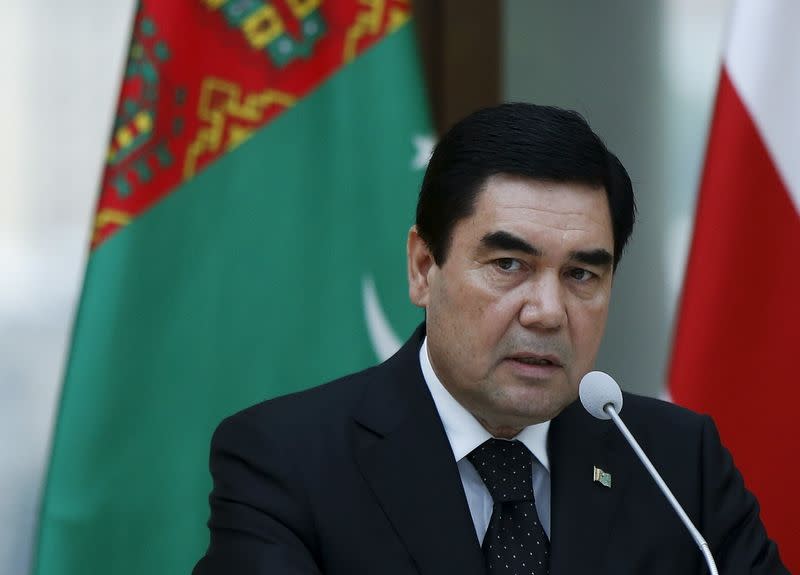 ASHGABAT (Reuters) – Turkmen President Kurbanguly Berdymukhamedov has appointed his son Serdar as a deputy prime minister, local media reported on Friday, putting him in a strong position to succeed him as leader of the gas-producing nation in Central Asia.

Berdymukhamedov, 63, has run the former Soviet republic of 6 million for almost 20 years as an absolute ruler tolerating no dissent, and has overseen the redirection of natural gas exports from Russia to China. His presidential term ends in 2024.

Turkmenistan has no prime minister and the role is fulfilled by the president, meaning Serdar Berdymukhamedov, 38, has now become one of his father’s direct deputies. He has previously served as minister of industry and construction.

Children of autocratic leaders across Central Asia, a region that has close links with China and Russia, are often seen as potential successors to their parents.

Turkmenistan’s economy depends heavily on gas exports and in order to diversify sales, the Ashgabat government has led efforts to build a new pipeline to India through Afghanistan, which borders Turkmenistan, and Pakistan.