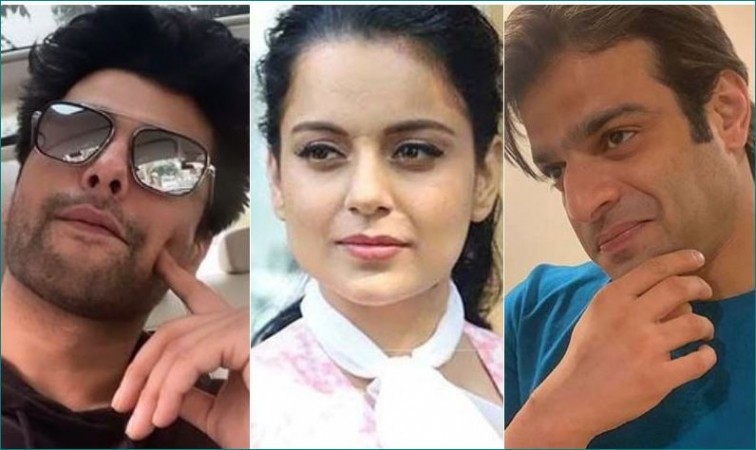 Bollywood actress Kangana Ranaut is one such actress who is very much liked by people. She stays in discussions due to her blatant statements. Many disputes related to her also arise in the coming days. Recently, she called herself better than Oscar winners Meryl Streep and Tom Cruise in a tweet. During this, she challenged Meryl on the one hand and on the other, she described herself as better than Tom Cruise in the Action Department. Seeing these claims, people started trolling her.

Recently, TV actor Karan Patel has also trolled her. He has quipped sharing Kangana’s tweet on his Ista story. He has said in his post, ‘Kangana Ke Pass Bheja Nahi Hai’. Karan has written in his post- ‘Upper Wale Ne Kangana Ke Bheje Mein Bheja Nahi Bheja.’ This fun reaction of Karan is making people feel good and everyone is telling him right. Sargun Mehta and Kushal Tandon have also expressed their support by sharing this post of Karan. Although both have not written anything, but they have definitely shared.

This is not the first time that Karan Patel has done this, he has also tightened Kangana many times before this. Earlier, he once said- ‘I always wondered why the hero in both ‘Tanu Weds Manu’ 1 and 2, who wants to run away from his wife? I understood the meaning of this today, brother, you are watching the mental balance of that wife today in the news.

BB14: Rakhi Sawant will be evicted this week