#AuroraRunaway to #BachpanKaPyaar, viral social media trends of 2021 that kept the Internet hooked 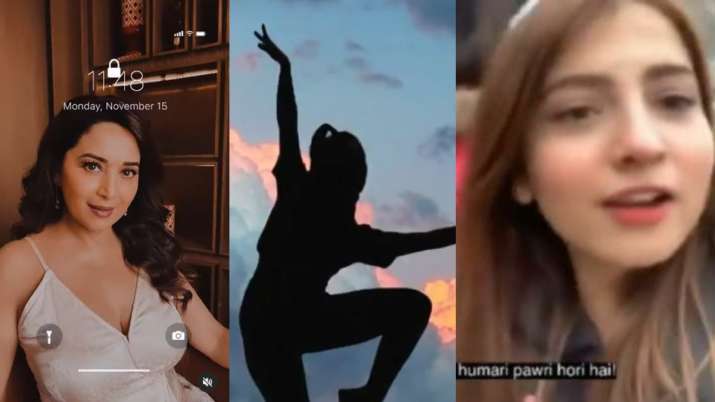 After spending almost a year in lockdown, netizens have enjoyed and created some very creative, some very repetitive and some slightly annoying trends that went viral on social media. In the year 2021, making short-video challenges itself become a trend that many hopped on to. Throughout the year, songs and performances kept changing and engaging audiences across the country. As we draw curtains for the year 2021, here are some viral social media trends that gained much limelight on the Internet:

Remember everybody running to their terrace to make breathtaking postures with their silhouettes in the clear skies. Aurora’s song Runaway got very popular among the netizens as they danced and created creative videos on it.

According to 2021 Meta year-in-review, Bachpan Ka Pyaar featured in the top trends or challenges popular on Reels this year It is a lip-sync & dance trend that got every Iger hooked.

Yohani Diloka De Silva, the  Sri Lankan singer became an instant internet sensation with her hit song ‘Manike Mage Hithe’. Ever since its release the song has gone on to garner millions of views on YouTube in India, and has been adapted into Hindi, Tamil, Malayalam, Bangla and other languages by a number of popular artists. Everyone from influencers to celebrities such as Amitabh Bachchan, Tiger Shroff, Madhuri Dixit, Parineeti Chopra, Krystle D’Souza, Rannvijay Singha, Neha Kakkar, Yashraj Mukhate and many more have grooved to the song on their social media profiles.

Pakistani girl named Dananeer Mobeen, became an instant hit after a video of her having ‘pawri’ with her friends went viral on social media. Music composer Yashraj Mukhate gave it a musical spin which again went viral. Bollywood actors like Ranveer Singh, Shilpa Shetty, Anupam Kher, Juhi Chawla, Bhumi Pednekar and Rajkummar Rao among others too joined the bandwagon and danced to the ‘Pawri mashup’.

Lately, the iPhone lock screen challenge has also intrigued many. User posed still as the song ‘Banna Re’ played in the backdrop and as soon as the lyrics began they moved showing it is a video and not a photo.

Don’t Talk To Me

As re-mixing video challenges got popular on the Internet, it saw everybody doing the ‘Don’t talk to me’ trend. For this one, all you needed was a relatable situation and some on-point hand gestures. Ace it and you’re up to with the trends.


#AuroraRunaway to #BachpanKaPyaar, viral social media trends of 2021 that kept the Internet hooked