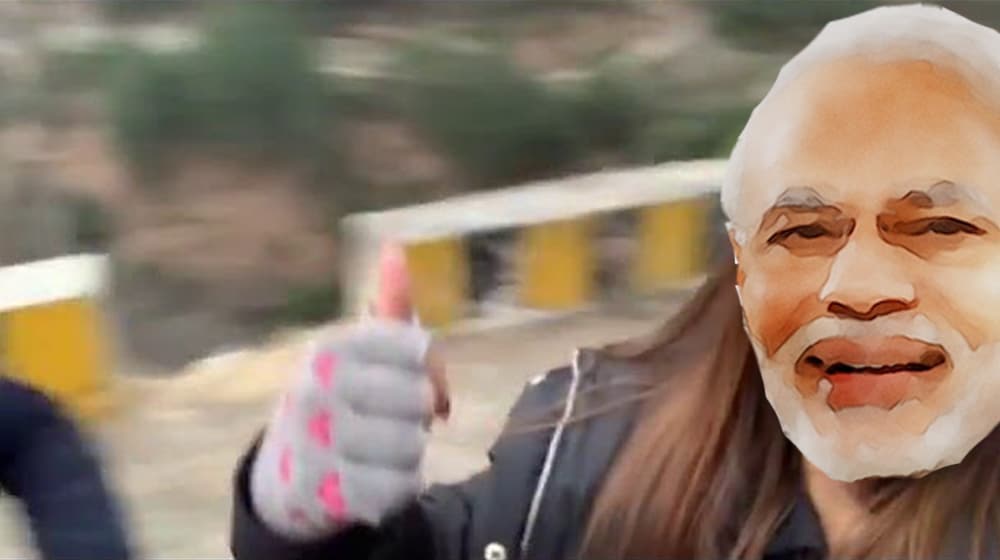 The viral Pawri scenes have officially made it beyond borders with memes of the #PawriHoRahiHay trend spreading like wildfire on Indian social media.

At this point, we’ve all feasted our eyes on the cringey-yet-true imitation of the so-called burger-elitist behavior among Pakistanis. Although the video was just pun-intended, it has surprisingly received reactions from a plethora of different people, including famed actors and – wait for it – India.

At the moment, the situation in India is pretty much concerning, some might argue it’s downright chaotic. Whatever the case, please call 112 if you think your security is compromised.

Mirzapur is a fan-favorite among millions of people in India and Pakistan. If there’s a time for cross-border stability, perhaps the following tweet sums it up.

CARS24 is perhaps the biggest facilitator for buying cars in India. The company recently attracted over US$ 100 million in Series-D funding, and its Twitter handler posted the following image to celebrate the newfound success.

Why wait for completing the car buying process to celebrate when car buying itself can be a pawwwrty. ????#PawriHoRahiHai pic.twitter.com/kcTTfXdP3G

Valentine’s Day is a festive period amongst Indian youth. This year however was a killjoy for most due to the COVID-19 pandemic.

So apparently this netizen wanted to get on board the meme bandwagon. Didn’t go too well for him we’re afraid, but the final result is just too good!

This one probably takes the cake. In the aftermath of the Ladakh standoff, the Indian army was forced to fall back to Finger-3, while the Chinese forces maintained their initial point of territorial establishment at Finger-8. The following tweet acts as a quick-summary for viewers and naysayers.

Got more interesting Indian ads and memes to share? Let us know in the comments section.