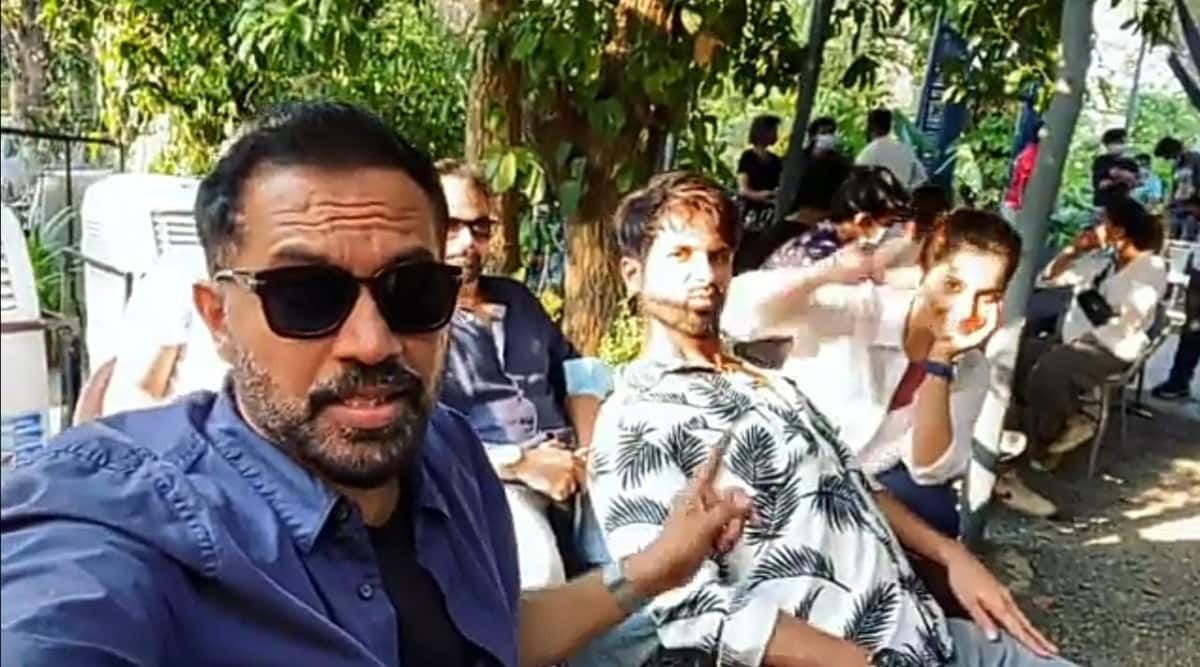 It seems no one is untouched by the ‘Pawri Ho Rai Hai’ trend, with Shahid Kapoor and the team of his new web series being the new converts. Helmed by Raj and DK, the upcoming big-budget web series will also star Raashi Khanna. The team, while on set, recreated the now popular meme and Kapoor shared the hilarious video on his Instagram page.

In the video posted, Raj Nidimoru is seen panning the camera towards Shahid and Raashi first, and then to Krishna DK and his team, before everyone breaks into the ‘pawri’ mood. The filmmaker mentions, “Yeh mere stars hai, yeh hum hai, yaha pawri ho rahi hai (These are my stars, this is us and we are having a party)”. While others soon stop, Shahid carries on dancing while singing Honey Singh’s “Party all night”.

On January 24, Shahid had shared a selfie with Raj and DK announcing their collaboration. His wrote, “It’s taking off. These bad boys got a hard vibe and a dark plan.” A couple of days later, he introduced Raashi Khanna to fans as his co-star through his social media page. This upcoming OTT project will mark the first collaboration of the filmmaker duo with Shahid and Raashi.

Shahid Kapoor is also looking forward to the release of his next film Jersey, while Raj and DK’s The Family Man is set to premiere this summer on Amazon Prime Video.

Pakistani influencer and content creator Dananeer is behind the viral trend. Her video on how privileged people in her country pronounce ‘party’ has led to the world creating funny memes on it.

A viral sensation himself, Yashraj Mukhate recently recreated her video, adding his own twist to it. That soon led to everyone latching onto the trend — from Indian brands to government agencies, all seem to be hooked to this trend. Earlier, Bollywood actor Randeep Hooda and number of television stars like Pavitra Punia, Eijaz Khan, Devoleena Bhattacharjee, Neil Bhatt and Helly Shah also uploaded videos on the viral meme.