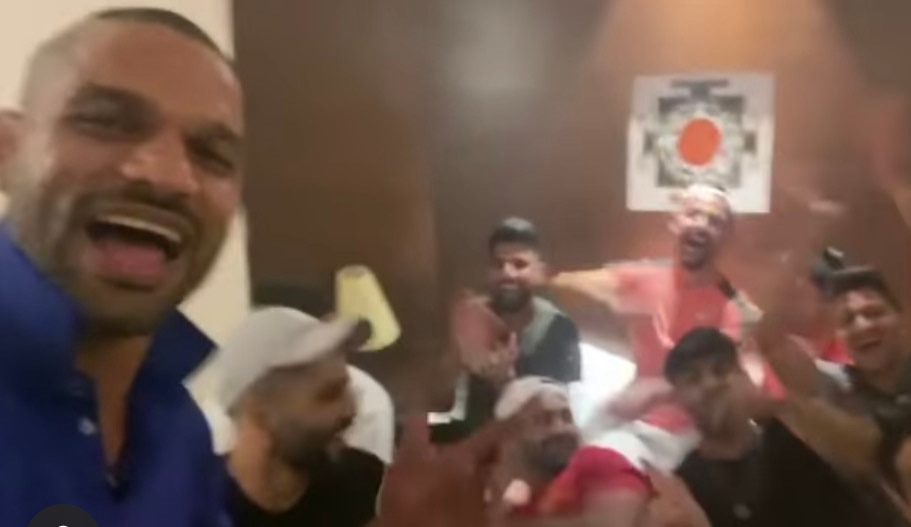 The 35-year old batsman has posted a video on Instagram that is going viral. In the video, he is seen following the trend #PawriHoRahiHai. He is with his Delhi team-mates in what looks like a bedroom and a bunch of cricketers are also seen in the video along with Shikhar Dhawan. In the video, Dhawan and his friends are seen dancing and enjoying.

Shikhar Dhawan is an avid social media user. His recent shirt-less posts were the talk of the town. He has also been spotted hanging out with Bollywood celebs like Parineeti Chopra and Akshay Kumar.

Shikhar Dhawan last played an international game in December 2020 against Australia in Australia. He was also playing in the Syed Mushtaq Ali Trophy for Delhi. Dhawan’s form has not been quite remarkable in the recent past, but the explosive batsman has the tendency of bouncing back and coming back to form.

Currently, Shikhar is with the Delhi team playing in the Vijay Hazare Trophy and in the virla video, he is seen hanging out with his Delhi boys.

The trend began when the following video became viral on Instagram:

Shikhar will play his next match on 25 February against Himachal Pradesh in Jaipur.