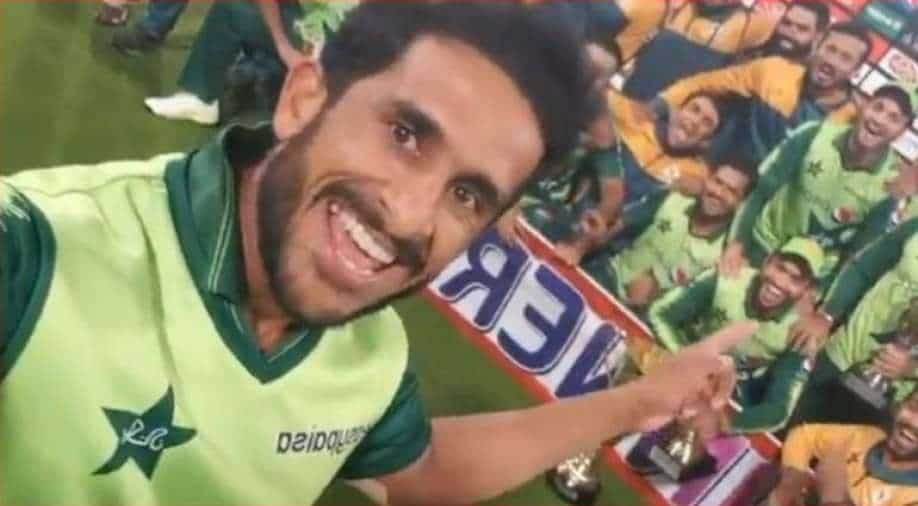 The ‘pawri ho rahi hai’ meme has set the internet on fire and now, the Pakistan cricket team recreated the viral video after beating South Africa in the final T20I of the three-match series.

The Men in Green defeated the Proteas by 4 wickets in the match in Lahore, chasing the 165-run target with eight balls to spare.

Pakistan Cricket Board took to Twitter and shared a video of the side recreating the meme.

The video, originally, was made by Dananeer Mobeen, a 19-year-old girl from Islamabad who creates videos on a variety of subjects and also shares pictures from her photoshoots and travel escapades on social media.

Pakistan overcame David Miller’s 45-ball 85 to beat South Africa to clinch the series 2-1. Miller’s gritty knock went in vain as Pakistan’s batting order stick to the crease to register their 100th win in a Twenty20 international.