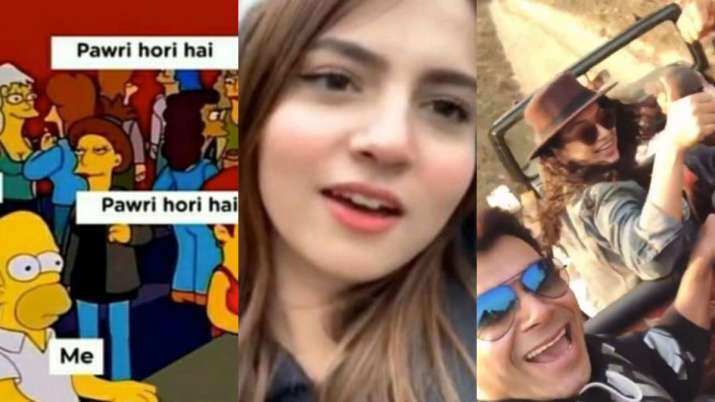 Netizens on Monday morning seemed to be in a party mood. Guess why? All thanks to Pakistani influencer and content creator Dananeer Mobeen whose ‘pawri’ video has gone viral on the internet. In the same, the 19-year-old social media influencer can be seen having fun with her friends and saying, “Yeh hamari car hei aur yeh hum hein, aur yeh hamari Pawri horahi hei” (This is our car, this is us and this is our party). Not only this video on Dananeer’s official Instagram handle has received over million views but has even caught the attention of Twitterati. The social media is filled with funny recreations and memes with the hashtag #pawrihoraihai on Twitter. And if it wasn’t enough, we just caught our hands on a video of Kangana Ranaut having fun on the same.

The video of Kangana was shared by her fitness trainer who accompanied her during jungle safari in Satpura Tiger Reserve. Sharing the video on Instagram, he wrote, “Funtime in Satpura Tiger reserve with @kanganaranaut @georgiougabriel #yehhamaripartyhorahai #safari #satpuratigerreserve #bhopal #mp #kanganaranaut #dhaakad #yogeshfitness.”

Meanwhile, have a look at how Twitterati is having a ‘pawri:’