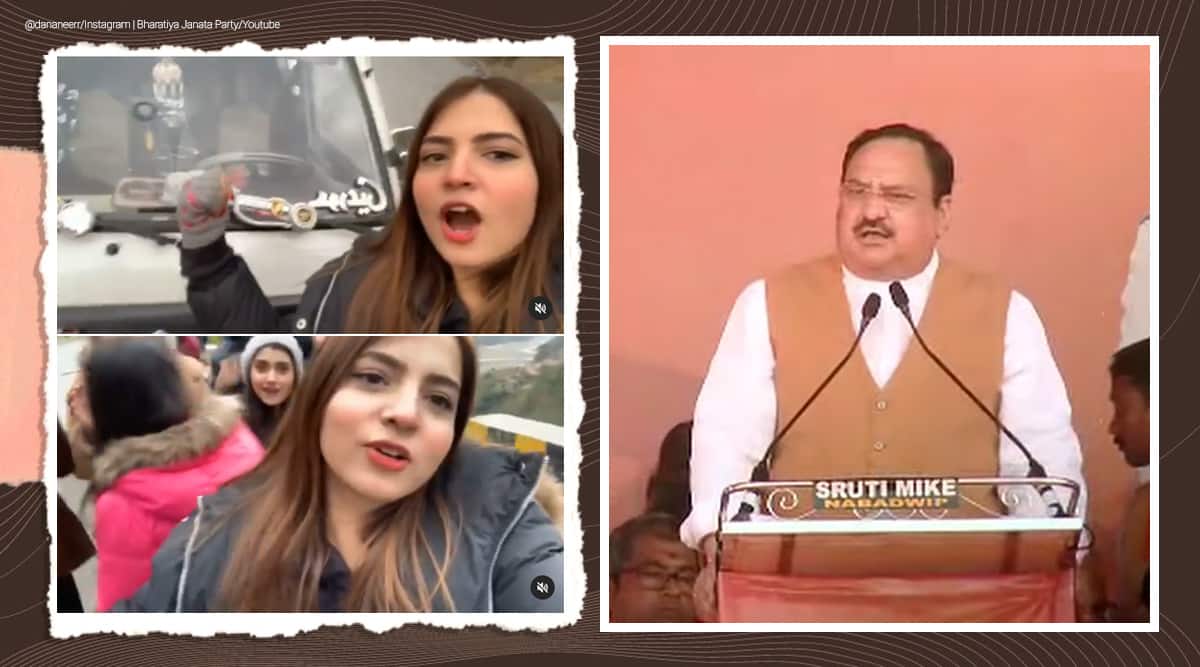 The ‘Pawri’ fever appears to have spread beyond the internet, to the very real world of politics. After film personalities, sportspersons and netizens from India and Pakistan did their bit to popularise the trend, it found an echo at a Bharatiya Janata Party rally in Anandpuri, West Bengal. During an election meeting, BJP chief JP Nadda used the meme’s catchphrase to reference push the party’s promise of ‘parivartan’ and the video has now gone viral.

The BJP Party President was addressing the rally ahead of the 2021 Assembly elections, and referred to the #PawriHoRahiHai trend in his speech. “Yeh Bengal ki pramodit janta hai, yeh hum sab hai, aur Bengal main parivartan ki tayyari ho rahi hai (This is excited people of Bengal, this is us, and in Bengal, people are getting ready for a change),” Nadda said from the podium. [You can catch the actual reference here from 32:19]

Nadda was caught using the meme-worthy line at the culmination rally of the BJP’s ‘Poriborton Yatra’ of Nabadwip zone, which ended in Anandapuri of Barrackpore district.

While it’s not clear if his political spin on Pakistani Pawri girl’s line was intentional, several users across social media sites couldn’t overlook the reference. As many started sharing the snippet from the long speech, someone even edited it alongside Mobeen’s actual video. Soon, it reached BJP leader Tajinder Pal Singh Bagga, who shared it on Twitter and is now going viral.

BJP, however, is not the only party which has referenced the trend. Across political lines, leaders have been using Dananeer Mobeen’s viral lines to prove their social media game is on point.

Earlier, Trinamool Congress (TMC) too had used the Pawri meme to poke fun at rival BJP. Using the viral “Pawri ho rahi hai” meme to mock the BJP, TMC shared a photo from the party’s public meeting in the state showing empty chairs, with the caption: “Yeh @BJP4Bengal hai. Yeh unki jansabha hai. Aur yahaan inki pawri ho rahi hai! (This is Bengal BJP. This is their public meeting. And they have a party going on).”

TMC’s remark came after the BJP launched a jingle ‘Pishi Jao’ with a twist, set to the tune of ‘Bella Ciao’. Using the song popularised by Netflix’s Money Heist series, the BJP took an indirect dig at the incumbent Bengal CM.

However, the Pawri references are not just limited to Bengal 2021 elections. As the pawri meme trend started in India after musician Yashraj Mukhate created a spoof song to Mobeen’s viral video, Aam Aadmi Party (AAP) too had used it at the time along with several brands and even police forces.

For the uninitiated, the girl in the viral video is a well-known Pakistani influencer and content creator Dananeer, also known as Geena. In the original video that’s still a top trend on social media, the young woman is seen having fun with her friends and is heard saying: “Yeh humari car hai, Yeh hum hain, aur yeh humari pawri ho rahi hai (This is our car, this is us and this is our party).”

Her video went viral, giving rise to plenty of spoofs and recreations in Pakistan. Indians too joined the bandwagon and gave a quirky twist to her lines, using three images to show themselves, their car and their pawri!