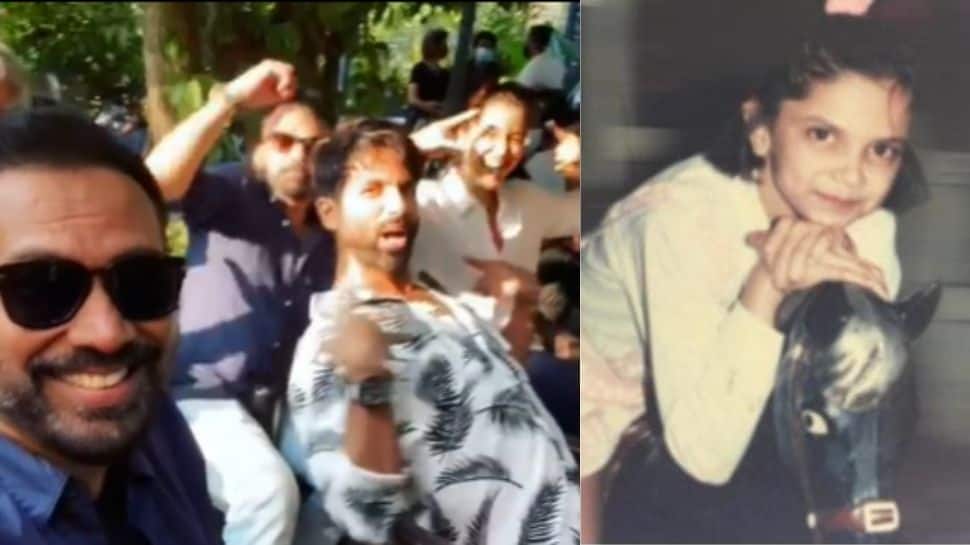 Deepika Padukone took the opportunity to share her childhood pictures where she can be seen sitting on a rocking horse. Captioning the throwback pictures, she wrote, “Yeh hum hain, yeh hamara ghoda hai aur yeh hamari pawri ho rahi hain (This is me, this is my horse and this is our party)”. While she wrote in the caption, “Who made this?”

Actor Shahid Kapoor also joined the bandwagon and shared a hilarious video on Instagram. In the clip, Shahid is seen sitting with the team of his upcoming web series, co-starring newcomer Raashi Khanna, who also features in the video. While filmmaker Raj Nidimoru says in the video, “Yeh mere stars hai, yeh hum hai, yaha pawri ho rahi hai (These are my stars, this is us and we are having a party)”. Shahid then starts singing Honey Singh’s “Party all night”.

Earlier, actor Randeep Hooda had also shared a video from the sets of his upcoming thriller series ‘Inspector Avinash’.

Pakistani influencer Dananeer Mobeen uploaded a video in which she termed party as ‘pawri’ and the video took the internet by storm. Since then, many celebrities and netizens took part in the viral trend and have been sharing their own versions of ‘Pawri Ho Rahi Hai’.