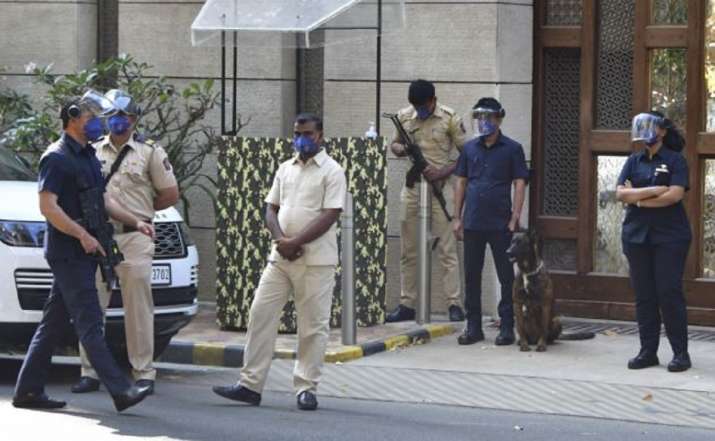 The National Investigation Agency (NIA), which is probing the recovery of a vehicle laden with explosives from outside industrialist Mukesh Ambani’s residence in Mumbai, on Sunday seized a white Innova car, a police official said. It is not clear if it was the same Innova that was following the explosives-laden Scorpio before the latter was parked near Ambani’s residence in south Mumbai on February 25.

According to the police official, the Innova, having Tardeo RTO’s registration number and ‘Police’ written on its rear windshield, was brought to the NIA’s office on Pedder Road with the help of towing van, hours after the arrest of the Mumbai police officer Sachin Waze in connection with the case.

The NIA arrested Waze late Saturday night after questioning him for 12 hours over the recovery of the explosive-laden Scorpio near Ambani’s residence.

The Scorpio found parked near Ambani’s house on Carmichael Road on February 25 contained some gelatin sticks and a threat letter.

Waze, an “encounter specialist”, is also facing heat in the murder case of Thane-based businessman Mansukh Hiran who was in possession of this Scorpio.

Hiran was found dead in a creek in Thane district on March 5.

The Maharashtra Anti-Terrorism Squad (ATS) is investigating the Hiran murder case. It had registered an FIR against unidentified persons days after Hiran’s body was found.

Waze, accused by Hiran’s wife of involvement in her husband’s suspicious death, was shunted out of the Mumbai crime branch a few days back.