It is a lesser-known fact that Vivek Oberoi actually has a rather long list of family members who have been well-known celebrities. The actor is the son of Suresh Oberoi and is married to late Karnataka minister Jeevaraj Alva’s daughter, Priyanka Alva. However, they aren’t the only celebrities in the family.

Akshay Oberoi is Vivek Oberoi’s cousin. He is the son of Krishan Oberoi, who is Suresh Oberoi’s brother. He was born and brought up in New Jersey, America. The actor marked his debut in the lead role with the 2010 movie Isi Life Mein. Akshay Oberoi is well-known for his roles in High, Selection Day, Bar Code, and many other web series. He has also worked in films like Piku, Kaalakandi, Junglee, Laal Rang, and others. In 2021, he will be seen in the movies Madam Chief Minister, Thiruttu Payale 2, and KTina.

Shikha Uberoi is Vivek Oberoi’s cousin. Her father is Mahesh Uberoi. She also has a sister Neha Uberoi. Shikha Uberoi is a professional tennis player. She is the second female player representing to be named in the history of the WTA Top 200 ranks. Shikha was also born and brought up in New Jersey, America. She has co-founded the company Indi.com to encourage people to pursue their passions of starting their business and having a social media presence. 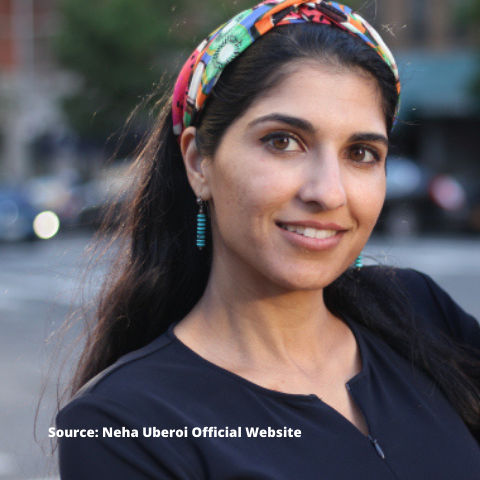 Neha Uberoi, aka Neha Uberoi Khangoora, is Vivek Oberoi’s cousin too. She was a professional tennis player who officially retired in 2010. In her tenure as a tennis player, she was a finalist in the 2005 Guangzhou International Women’s Open and in the 2005 Sunfeast Open. She earned the 107th rank in doubles rankings worldwide in 2006. She secured the position of best singles ranking in 2007 at the 196th spot. Currently, Neha is a fitness blogger.

While many have claimed that Anand and Prithviraj Oberoi are Suresh Oberoi’s sons, they are actually Vivek Oberoi’s cousins. The two brothers are the sons of late Jagmohan Oberoi. He passed away in a car accident in 1986, which forced the two boys to move in with Suresh Oberoi. Anand Oberoi is a well-known name in Ad agencies. Prithviraj Oberoi is aa director, producer, writer and poet. He has directed a number of TV serials including Tedhe Medhe and Apnapan, among others. Prithviraj Oberoi’s most recent works include his poetry book Qalam Ke Khatre, according to IMDb.

Meghna Oberoi is Vivek Oberoi’s sister. She is a famous Indian playback singer. Meghna Oberoi sang Saiyaanji Baiyan Chuddake for the movie Masti. Vivek Oberoi starred as one of the lead actors of the movie. Meghna is married to Amit Bama, a businessman. She released her album Vada Karo in 2002.