Exclusive interview! Juhi Chawla: Whenever I see Tom Hanks on screen, I am reminded of Aamir Khan

Bollywood’s perfectionist, Aamir Khan is celebrating his 56th birthday today. On the occasion, ETimes got in touch with one of his best co-stars and friends, Juhi Chawla. In a candid chat, the actress opened up about working with the superstar, the bond that they share off-screen, and what makes him stand apart from the rest. Excerpts…
Aamir Khan and you were one of the most loved and successful pairs of Bollywood. How did it feel?
It felt great because we had started together. He was a cutie! We both were new so we were learning on the sets. We were also making mistakes but it was okay because the entire crew was very young, so, one never felt in awe of anybody. It was like putting up a drama in college. We did a lot of rehearsals and we had all become friends. Between the shots, we would play games but during the shots, we would work. It was fun. Aamir was wonderful. It was all such a lovely experience!

How was Aamir as a co-star?
Aamir was an extremely helpful and thoughtful co-star. He is from a film background so he analyses scenes and looks at them closely. He is happy to rehearse. He also helps you as a co-star. I was appreciated a lot for my performance in ‘Hum Hain Rahi Pyar Ke’ but I know that when we were shooting, it was Aamir who helped us all come up with better performances. He gave us little tips to make our scenes better and we did it. For him, it is all about making wonderful films. He stops at nothing and works really hard. He is very sharp and detailed. 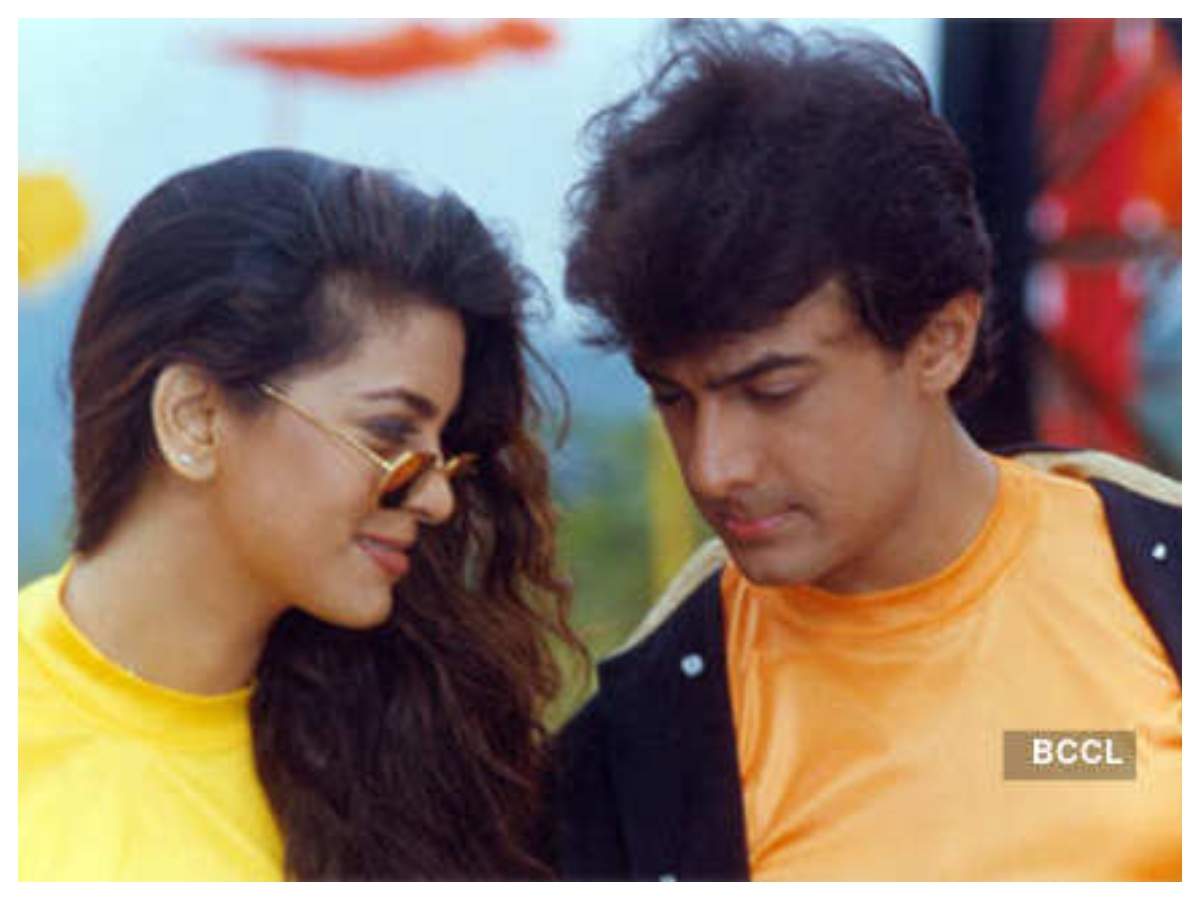 Outside of films too, you shared a great bond with Aamir. How would you describe him as a friend?
Yes, at that time when we were working a lot in films, it was wonderful. I absolutely get into formalities with Aamir. I would just barge into his make-up room, sit there and listen to him. I treated him like a buddy and he treated me the same way. We had a wonderful working relationship. We would even fight on the sets. He would do all kinds of funny things. He would play pranks, and teased me so much during ‘Ishq’. We have spent great times working together. It was like working with one of my college friends. It was fun and easy!

What was your reaction when you first saw him on the sets of ‘Qayamat Se Qayamat Tak’?
I did not see him first on the sets of ‘Qayamat Se Qayamat Tak’ (QSQT). He was actually assigned the job of making me learn my lines during the auditions of ‘QSQT’. I was literally being tutored by him on how to enact my scenes for the screen test, which was taking place at producer Nasir Hussain sahab’s house garden. We were given some scenes from Nasir sahab’s previous films to enact. I saw Aamir for the first time there. At that point, I didn’t even know that he was the hero of the film. I didn’t know if I was the heroine of the film yet too. 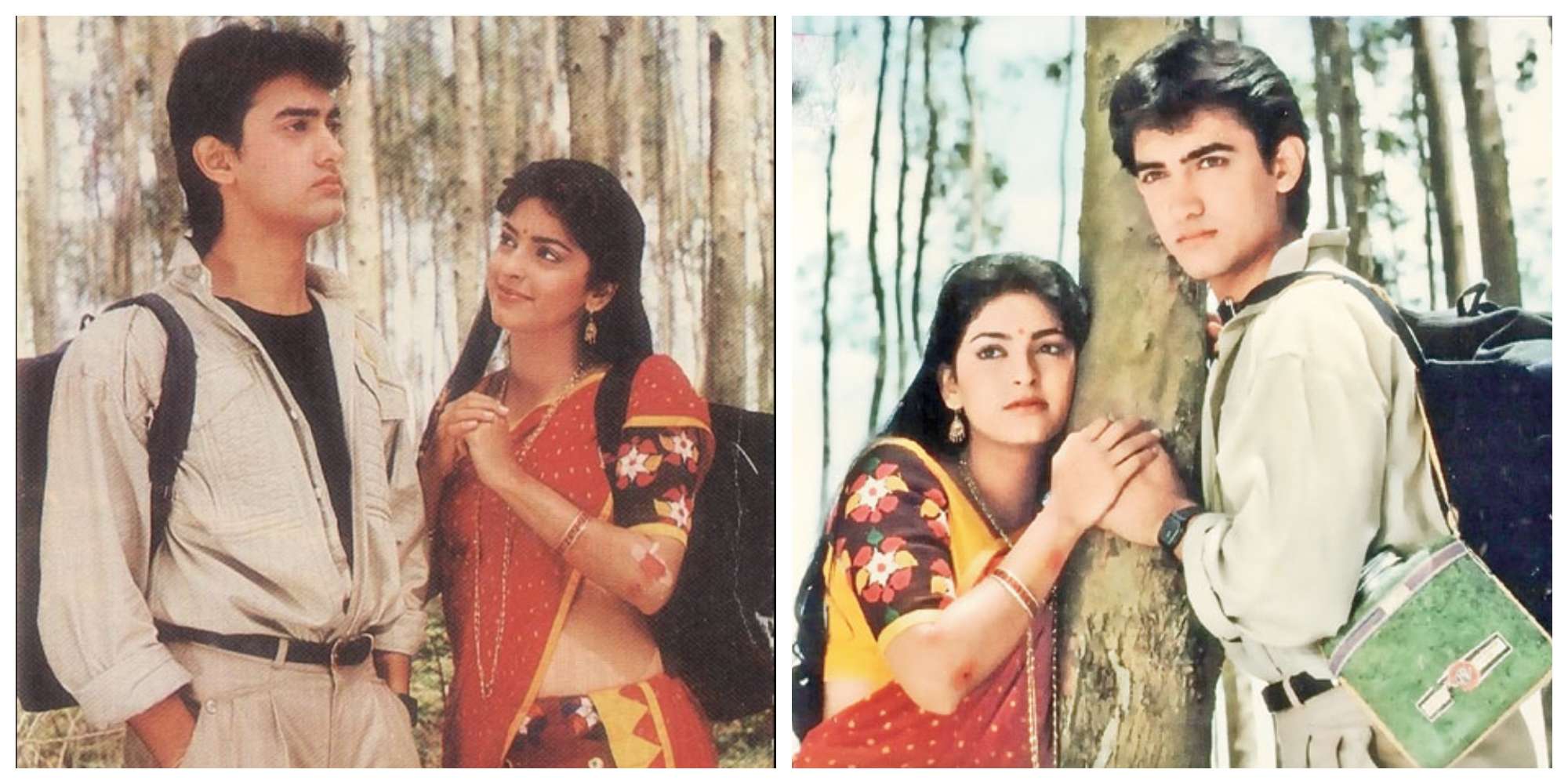 What is the one quality in Aamir that makes him stand apart from the others?
I am not comparing him to anybody else, but what I find outstanding about him is that he has in-depth knowledge on any topic that you choose to speak to him about–whether it is about the stars in the sky or sports, history, politics. He goes into details about everything and can talk about them for hours. Apart from that, he was seriously a prankster, and could be really naughty on the sets. He is a very intelligent person.

Pick one Hollywood movie in which you think Aamir would fit perfectly.
I don’t know why but whenever I see Tom Hanks on the screen, I am reminded of Aamir.


Exclusive interview! Juhi Chawla: Whenever I see Tom Hanks on screen, I am reminded of Aamir Khan