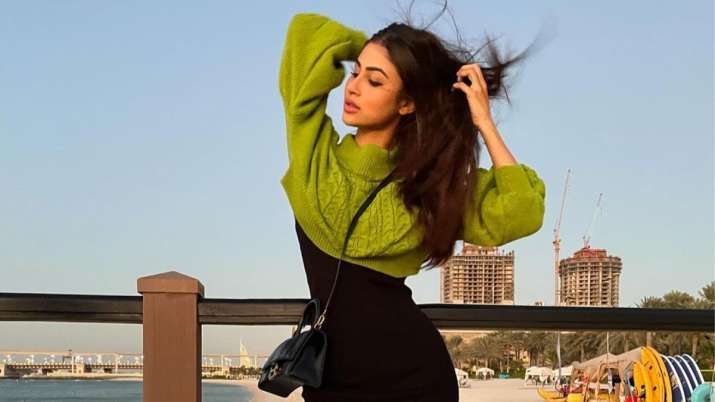 Actress Mouni Roy will be seen in the music video “Patli Kamariya”. The dance track has been composed and penned by Tanishk Bagchi. Talking about how she came on board, Mouni says that she loved the number instantly. “The beats, the combination of Indian and western music just got me grooving, when I first heard the track. I love dancing and this song is going to get everyone to move their kamariyas for sure!” she says.

Taking to Instagram, the actress shared an update about the song’s release and wrote, “#PatliKamariya is coming to make you all get soaked in groove and glimmer Song releasing on 16th March!”

The video has been shot in Dubai and has been directed by Arvindr Khaira. The song choreographed by Shazia and Piyush. The vocals are by Tanishk Bagchi, Sukh-E and Parampara Tandon. The song will launch on YouTube soon.

Mouni made her foray in TV with the show “Kyunki Saas Bhi Kabhi Bahu Thi” and is remembered for her prominent roles in the shows such as “Devon Ke Dev…Mahadev” and “Naagin”. She is now busy in Bollywood, having been a part of films such as “Gold”, “Romeo Akbar Walter” and “Made In China”.