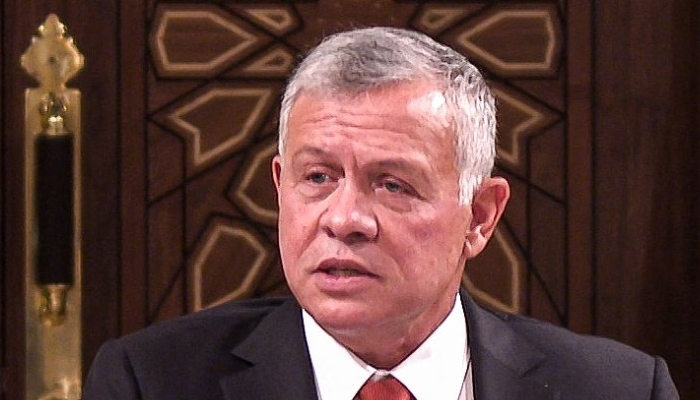 As the political crisis in Jordan shows no signs of stemming, Pakistan on Monday threw its weight behind King Abdullah II Ibn Al Hussein.

“Pakistan is following the situation in Jordan. We stand in solidarity with Hashemite Kingdom of Jordan, led by His Majesty King Abdullah II Ibn Al Hussein,” read a tweet from the Spokesperson of the Ministry of Foreign Affairs on Monday.

“Pakistan fully supports the right of the Hashemite Kingdom of Jordan to preserve its security, stability and sovereignty,” added the spokesperson.

On Sunday, Jordan said it had averted a plot against the kingdom involving the half-brother of ruling King Abdullah II, arresting close to 16 suspects accused of “sedition” and alleging foreign complicity.

Hamzah bin Hussein — a former crown prince stripped of that title by Abdullah in 2004 — and the others had worked with foreign parties to “undermine the security” of Jordan, Deputy Prime Minister Ayman Safadi had said.

Washington, Gulf allies and the Arab League were quick to stress their support for Abdullah’s pro-Western government, seen as an anchor of stability in the Middle East.

Egyptian President Abdel Fattah al-Sisi had called the monarch to affirm Cairo’s “full solidarity” with Jordan and express “complete support of the recent decisions (he) has taken to ensure the stability and security of the kingdom”, according to a presidency statement.

Hamzah, 41, had on Saturday released a video message via the BBC in which he accused Jordan’s rulers of nepotism and corruption and charged that he had been placed under house arrest.

He lashed out at Jordan’s “ruling system”, saying several of his friends had been arrested, his security detail removed and his internet and phone lines cut.

He denied being part of “any conspiracy or nefarious organisation”, but said the country of 10 million people had “become stymied in corruption, in nepotism and in misrule” and that no one was allowed to criticise the authorities.

State-run news agency Petra said among those arrested for “security reasons” were former close aide to the royal family Bassem Awadallah, chief of the royal court in 2007-08, and Sherif Hassan bin Zaid.

Safadi, who is also foreign minister, said another 14 to 16 suspects had been arrested.