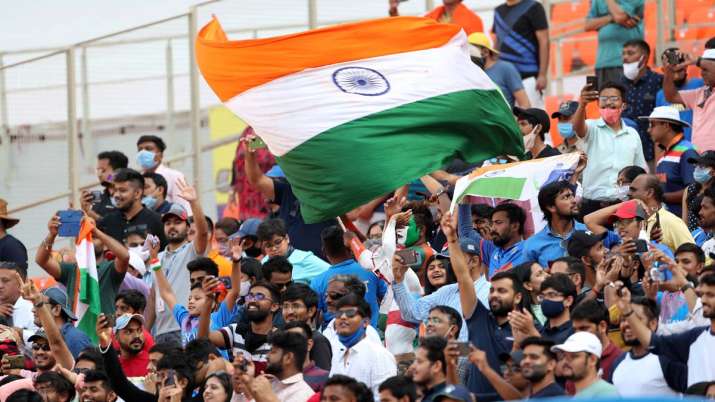 Fans at the Narendra Modi Stadium in Ahmedabad

The final three T20I matches of the five-game series between India and England will be played behind closed doors at the Narendra Modi Stadium in Ahmedabad due to a rise in COVID-19 cases. The Gujarat Cricket Association (GCA) will refund spectators who purchased tickets for the last three games.

“Due to rise in number of Corona cases, we at GCA have decided in consultation with BCCI, the matches will be played (behind) closed doors and not allow the spectators in the ground during T20 internationals to be played between India and England at Ahmedabad,” GCA vice-president Dhanraj Nathwani said in a press release. “We will form the policy for refund of money to the spectators, who have already purchased the tickets for these three T20s. Those who have received complimentary tickets are requested not to visit the stadium.”

Th five-match series is being played at the refurbished Narendra Modi Stadium which witnessed crowds of 67,200 and 66,352 respectively in the first two games. Although the stadium holds a capacity close to 130,000, GCA allowed only 50 per ent of the seats to be filled owing to coronavirus restrictions.

The series is presently tied at 1-1 after the first two games. England won the opener by eight wickets before the hosts bounced back to bag a seven-wicket win. The third T20I will be played on Tuesday.