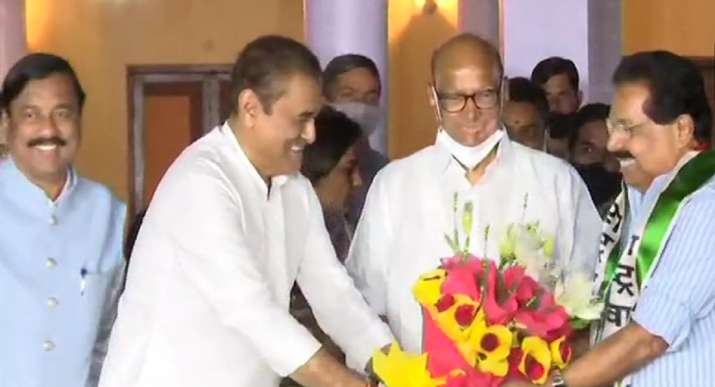 Speaking to journalists after joining the NCP, Chacko said it was like ‘homecoming for him’.

“I am happy to be in NCP, it’s like a homecoming for me. I had the opportunity to work with Pawar sahab in the most difficult times,” Chacko said.

ALSO READ: Big setback for Congress ahead of polls in Kerala, PC Chacko resigns from party

PC Chacko, who was a former working committee member of the Congress, criticised the Sonia Gandhi-led party and said that the organisation lacked the will to be a strong opposition.

“Country needs a strong opposition, I didn’t see much of the effort from the party I was in,” Chacko, who is the second senior leader to quit the Congress after Jyotiraditya Scindia, said.

Chacko had resigned from the Congress alleging that there was no democracy left in the party.

“No democracy left in Congress. Candidate list (for Kerala election) has not been discussed with the state Congress committee,” he had said.

“I come from Kerala where there’s no Congress party as such. There are two parties Congress (I) and Congress (A). It’s a coordination committee of two parties functioning as KPCC,” Chacko said.

Referring to the period of vacuum created in the party’s national leadership after Rahul Gandhi quit the post of Congress president following the party’s defeat in the 2019 Lok Sabha polls, Chacko said, “the Congress had been headless for the last one-and-a-half years”.