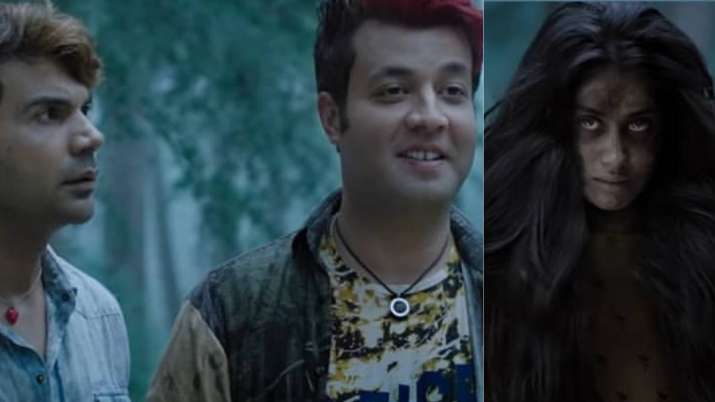 The recently-released ‘Roohi’ starring actors Janhvi Kapoor, Rajkummar Rao and Varun Sharma have been receiving mixed responses from the audience. The horror-comedy has seen the traditional Monday dip on its fifth day. The film that managed to earn Rs 3.06 crores on its first day, mints13.93 crore on its fifth day. The movie was released on the occasion of Maha Shivratri and enjoyed an extended four-day long weekend owing to its Thursday release.

Now, Trade analyst Taran Adarsh revealed that the movie collected ₹1.35 crore on Monday, which is more than a 50% dip as compared to the collections on Sunday. The movie has collected ₹13.93 crores so far.  He tweeted, “#Roohi shows satisfactory hold on the crucial Mon… The numbers are much, much better vis-à-vis the new releases [#Hindi] during #Covid times.”

The film on its third day witnessed a 0.36 percent uprise from the opening day as it collected Rs 3.42 crores. Meanwhile, on the second day of its release, it witnessed a drop of 25 percent from the first day. It garnered Rs 2.25 crores on its second day.

Directed by Hardik Mehta, the movie, which hit the theatres on Thursday, is the first major Bollywood release post the COVID-19 lockdown after the Ministry of Information and Broadcasting allowed 100% occupancy in the theatres from February with adherence to Covid safety protocols.

Previously, ‘Roohi’ was called ‘Rooh Afza’ and then ‘Roohi Afzana’, was initially slated to hit the theatres in the first week of June, last year. However, due to the ongoing coronavirus pandemic, the makers had to postpone the release date.