After entertaining us for long through her pregnancy diaries, television actress, Anita Hassanandani had given birth to a baby boy on February 9, 2021. Anita and Rohit have named their baby boy, Aaravv. Since the arrival of baby Aaravv, the newbie parents have been documenting their parenting life on their respective social media handles, and it’s too cute for words.

To announce the arrival of his baby boy, Anita Hassanandani’s husband, Rohit Reddy had posted a picture from their maternity photo shoot, in which Anita had flaunted her baby bump as he had planted a kiss on her cheek. With ‘it’s a boy’ written on a blue onesie in the picture, Rohit had captioned it as “Oh Boy!” 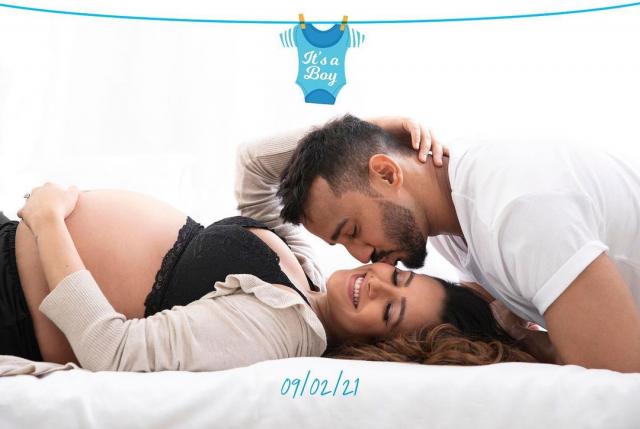 A few moments ago, Rohit Reddy took to his IG handle and posted an adorable video of him being indulged in a staring challenge with his baby boy, Aaravv. The doting daddy won the game as baby Aaravv blinked first! Rohit captioned his video as “I can beat anyone in a stare down competition! ANYONE! Age no bar!#staredownchallenge with @aaravvreddy.” The same video was posted on baby Aaravv’s official IG handle with the caption, “I LET u win, Daddy! #staredowncompetition with @rohitreddygoa.”

When Aaravv Reddy had turned one-month-old, a video of his one-month birthday celebrations was posted on his official IG handle. In the video, we could see baby Aaravv lying in his cot, wearing a yellow t-shirt and blue dungaree, moving around as if he was dancing. Beside him, we could see blue and white balloons, a foil balloon of the moon and ‘AARAVV’ and a big baby boy balloon. Along with the video, we could hear the ‘Pawri ho rahi hai’ song and the cutesy video was captioned as “And today I’m a month old.”

Also Read: Pavitra Punia Talks About Her Mother Being Cautious About Her Inter-Faith Relationship With Eijaz

On March 5, 2021, Anita and Rohit had taken to their son, Aaravv’s IG handle and had posted a super cute picture of him. In the candid picture, Aaravv had looked just like his daddy, Rohit as he had cutely smiled. The picture was captioned as “I know I look like my dad @rohitreddygoa. But I love you more mom.” On this, Rohit had instantly commented, “Caption posted by @anitahassanandani (Obviously).” 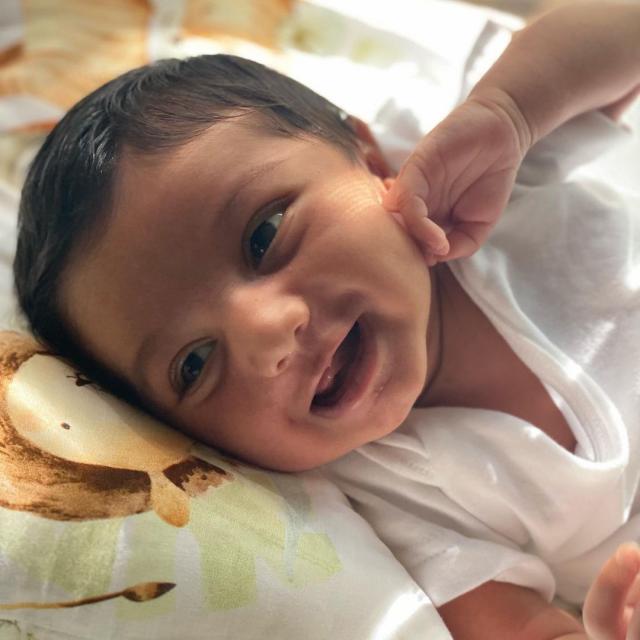 A few days back, Anita had taken to her IG handle and had shared an adorable monochrome picture with her son, Aaravv. In the picture, Aaravv had looked cute as a cupcake, while Anita had carried him in her arms, while lovingly looking at him. Along with the picture, Anita had revealed how Aaravv got his amazing hair from his mumma. Her caption could be read as “While many might thing I’m looking into thin air and posing for the pic, I’m actually admiring his flying hair. Ab bal toh mummaaa par gaye hair. MyJaan #MyBuoy #MyLife.”