Kapil Sharma Spotted In A Wheelchair, Gets In A Heated Conversation With The Paps Calling Them ‘Ullu Ke Patthe’ 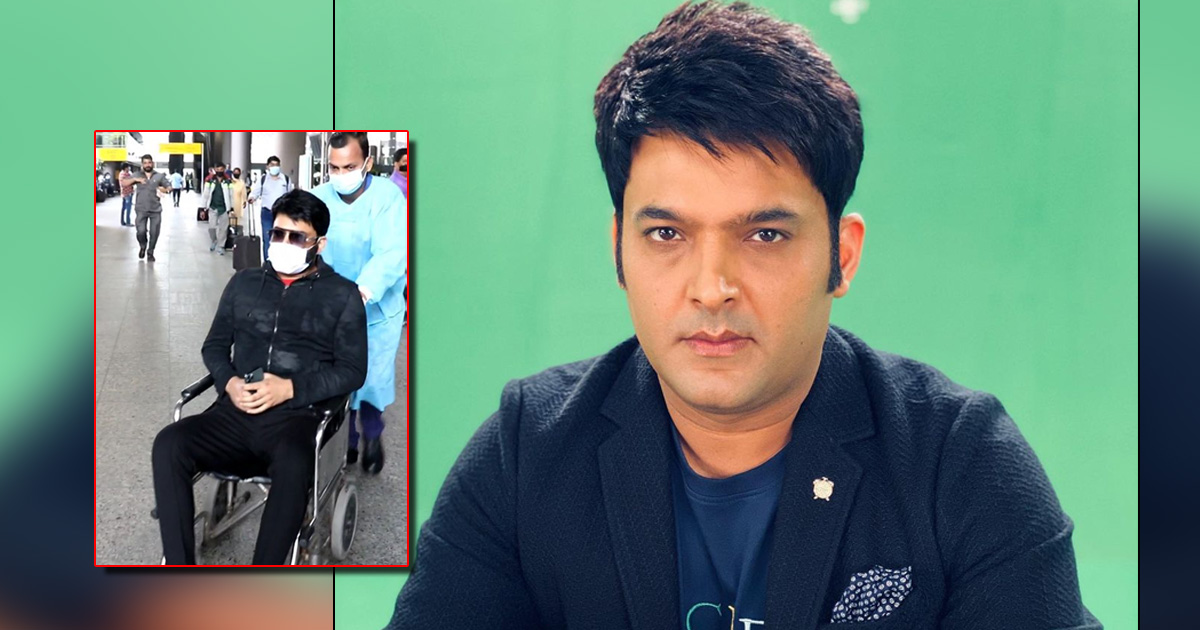 Comedian turned actor Kapil Sharma was spotted at the airport today in a wheelchair. Netizens across the nation are worried as to why the 39-year-old actor was spotted in a wheelchair. But what caught the netizens’ attention was his rude behaviour with paps and the way he said, ‘Ullu ke patthe’.

We all know how paps follow celebrities everywhere. From gyms, the airport to brunch sightings, they are always there to accompany them.

Earlier today, Kapil Sharma was spotted at the Mumbai airport and was returning from somewhere when he was captured in a wheelchair. The comedian donned an all-black look and got angry when paparazzi started following him and said, “Oye, hato peeche saare tumlog (Move out of the way). Tum log badtameeziyaan karte ho (You misbehave).”

Later he says, ‘Ullu ke patthe’. Kapil’s team also asked the paps to delete the video but they refused to do so. Take a look:

What do you have to say to Kapil Sharma’s rude behaviour with paps after watching this video?

Kapil Sharma has made the big announcement on Twitter. The Kis Kisko Pyaar Karoon actor has shared that he and Ginni have been blessed with a baby boy. The little munchkin was welcomed to this world early morning on Feb 1, 2020.

“Namaskaar we are blessed with a Baby boy this early morning, by the grace of God Baby n Mother both r fine, thank you so much for all the love, blessings n prayers love you all ginni n kapil #gratitude,” wrote Kapil Sharma.

What are your thoughts on Kapil behaving rude with the paps? Tell us in the comments below.


Kapil Sharma Spotted In A Wheelchair, Gets In A Heated Conversation With The Paps Calling Them ‘Ullu Ke Patthe’