Bigg Boss 14’s Aly Goni receives a marriage proposal on Instagram; he tells her to take permission from Jasmin Bhasin

Aly Goni and Jasmin Bhasin are telly town’s newest hot couple. Ever since they confessed their love for each other on Bigg Boss, the two have been inseparable. Both of them have a tremendous fan following, and Aly was recently asked by one of them to marry her, and he in turn had a witty reply.
When Aly recently told fans to ask him any question and shared he’d answer 5 of them, one of his fans asked him to marry her. To this, Aly cheekily posted Jasmin’s photo and replied, “Isse permission leni padegi…loge (You’d have to take permission from her…will you)?” 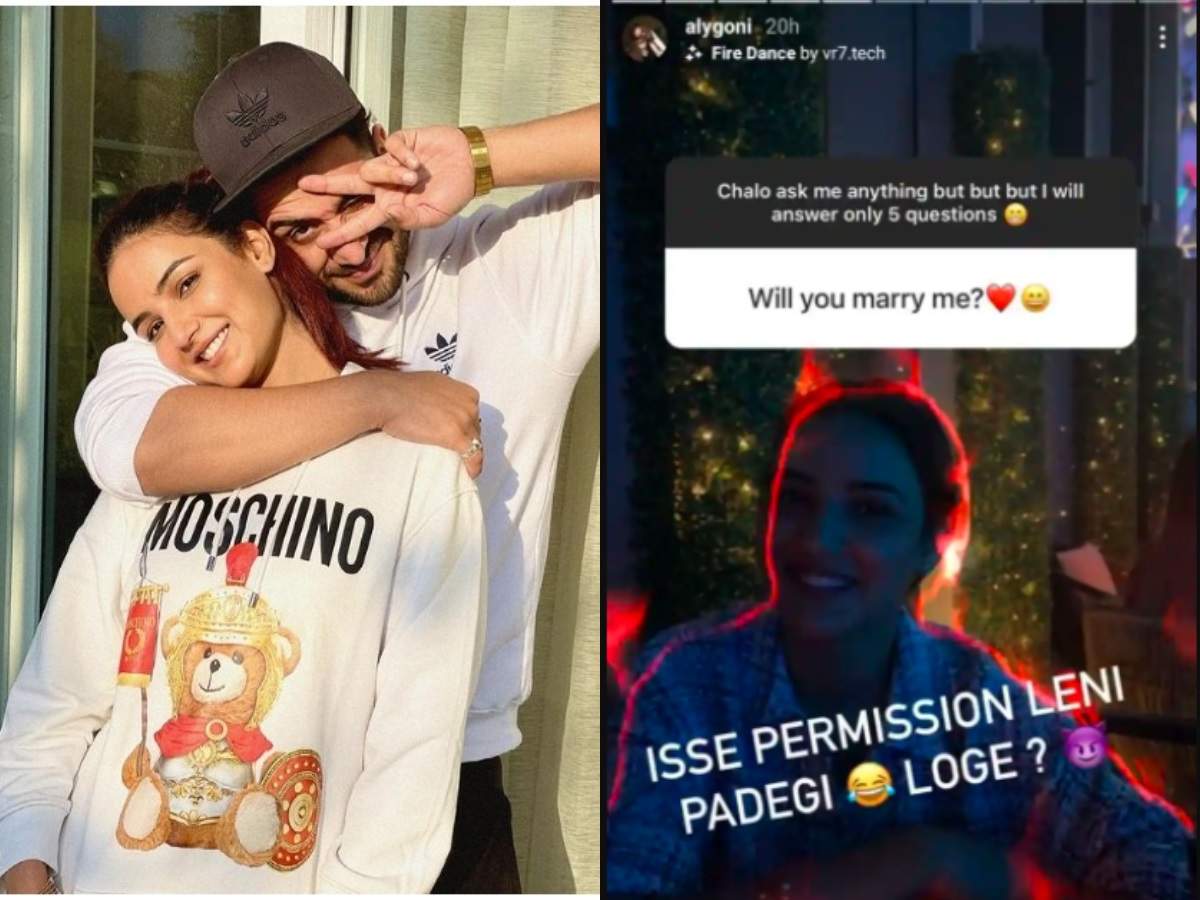 For the unversed, Jasmin and Aly, who were friends for long, realised that they were in love with each other in the house of Bigg Boss where they were seen as participants. Aly had entered the house as a support for Jasmin. He had to make an exit from the show to save Jasmin but returned as a wildcard contestant.
After Bigg Boss where Aly had reached till the finale, the two took off to Jammu, Aly’s hometown. Even professionally, they featured in a music video together. They are often spotted in Mumbai with their good friends, Rahul Vaidya and Disha Parmar.


Not just this, Aly and Jasmin love to share their mushy photos on social media, making #Jasly fans go nuts about them. While they are happy together, Jasmin recently clarified to ETimes TV that they do not want to complicate their relationship by thinking about marriage.
Source →


Bigg Boss 14’s Aly Goni receives a marriage proposal on Instagram; he tells her to take permission from Jasmin Bhasin