Singer and instrumentalist, Syed Ali, is an emerging Desi artist singing his way to the top of the music scene.

Born and residing in Norway, the incredible musician has been pursuing his dream since the age of fourteen.

Exposed to the greats, Syed Ali has taken influence from legendary Bollywood artists like Mohammad Rafi and Lata Mangeshkar.

Listening to their vocal transitions, soulful melodies and cultural depth, Syed knew that becoming a musician would be his dream.

It was then where he met his established mentor, Guru Shri Lal Sahajpal, who transcended the basic foundations that Syed Ali had.

This was an incredible lifeline in Syed Ali’s career as there were no other music schools teaching Indian classical music in Norway.

The well-known Guru helped Syed develop an enlightening twang for his songs. This illustrates why his tracks are always immersive, brash and beautiful.

However, the profound factor in Syed’s catalogue is how he is able to intertwine urban and classical sounds. The upbeat instrumentals have impactful chords that grab your attention.

Then Syed’s singing introduces the listener to an intriguing calmness. This explains Syed’s inevitable success.

Gorgeous tracks like ‘Dil Mein Sanam‘ and ‘Gooriye’ have over 100,000 Spotify streams each. Hence, thousands of listeners have experienced Syed’s captivating abilities.

This is made even more impressive with the attention the star has received for his famous song covers and LIVE band performances.

Syed Ali exclusively caught up with DESIblitz to talk about his rise in music, legendary influences and career direction.

How did your love for music begin?

My love for music started from a very early age. Growing up I used to travel a lot with my parents.

We lived in a village in Norway, called Tynset and had to drive long distances in order to buy daily groceries etc. My father used to play ghazals and old Bollywood songs in the car and at home.

Already from that time, I was amused by the voice of great singers like Lata Mangeshkar, Mohammad Rafi Sahab, Mukesh Kumar and of course Nusrat Fateh Ali Khan, Mehdi Hassan and Jagjit Singh.

After we moved to Oslo I visited one of the biggest libraries in Norway and found a music section there. This is with albums by some Indian classical singers like Bhimsen Joshi, Girja Devi and Ustad Salamat Ali Khan.

These amazing voices really inspired me, and I decided to find a Guru in order to learn proper Indian classical music.

After a lot of searches and some rejections as well I found my Guru Shri Lal Sahajpal Ji and the rest is history.

What was it like being mentored by Guru Shri Lal Sahajpal?

Guru Ji has been less of a teacher and more of a father figure in my life. Not only did he teach me the basics of classical music, but most importantly he showed me how to learn Indian music.

It is important to master the skill of how to learn music, and for that, you need to know the basics and understand the technicality and depth of music.

“I was fortunate enough to have a Guru that gave me the knowledge of understanding music without getting lost in details.”

I feel that even though I am now more of a hip hop and urban vocalist, I do understand the essence of classical music that gives me a lot of flexibility and the possibility to improvise.

Since I can improvise to almost any beat or music, my creativity is not bound, and I can more freely express my music the way I want.

How did you get into Desi music growing up in Norway? 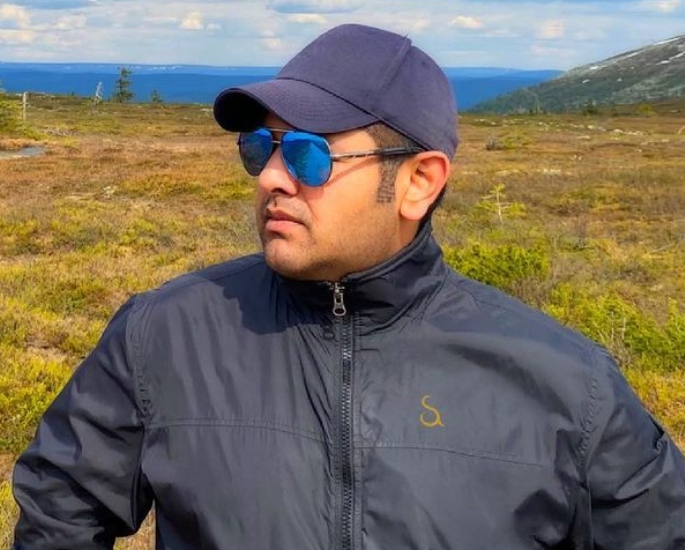 My parents always wanted me and my siblings to have a strong connection with our Desi roots.

Listening to Desi music, mostly because of my parents, I guess I developed a taste for Desi music especially Indian classical music. After that, it all came very naturally to me.

In the beginning, it was very difficult to find someone that could teach me Indian classical music. However, I was very lucky to find my Guru Shri Lal Ji that started to teach me music from an early age.

If it had not been for him, I would probably not have gone in for music professionally.

You sang a lot of poetry when young – How has poetry impacted your creativity?

Listening to a lot of ghazals I got interested in Urdu and Hindi poetry. These rich languages filled with feelings and expressions fascinated me a lot.

I have read some of the most known material in Urdu and Hindi language by Mirza Ghalib and Mir Taqi Mir.

I think all the reading and general interest in Shayari, ghazal and geet inspired me and has made a huge impact on my own lyrics in my songs.

That is also the reason why I use more formal and advanced language in my songs.

I am very particular in the selection of words and my lyrics are often mixed in with older phrases rather than slang and street words, depending on the song of course.

How would you describe your sound? 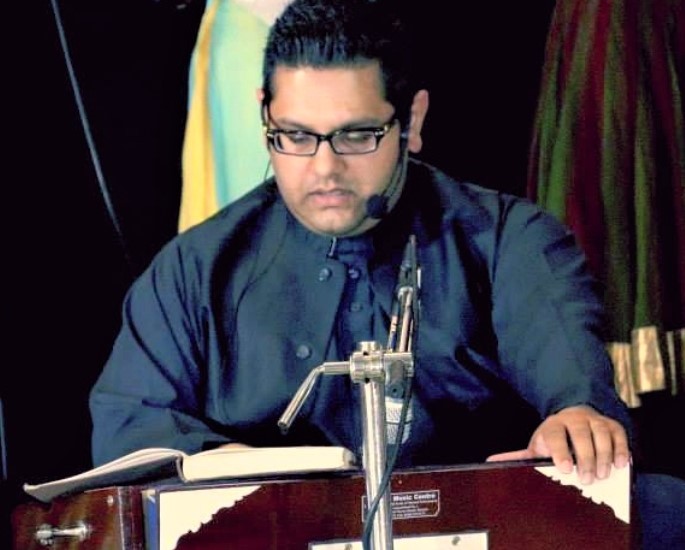 I like to experiment a lot with different sounds and music genres. That is why the recent stuff by me is a mix between urban modern music and semi-classical Desi elements.

For example, one of my most popular songs ‘Hum Tere Dewane‘ is a good example of a mix between modern hip hop with a Desi melody with semi-classical vocal elements at the end of the song.

“I usually add some vocal alaap or swar combinations in my songs, which has kind of become my signature.”

Even though every song has a different vibe, the urban music sounds mixed with Desi elements can be heard in all of my songs.

Which music artists have influenced you?

Since I listen to a wide range of music genres, I have been inspired and influenced by a lot of different singers. For instance, I have followed Mohammad Rafi for many years.

“If we talk about ghazal and poetry, I listen to Mehdi Hassan, Ghulam Ali Khan and Jagjit Singh.”

In the genre of more classical music, I am a big fan of Kumar Gandharva, Bhimsen Joshi, Girja Devi, Bade Ghulam Ali Khan, Zakir Hussain and many others.

Which are your Favourite Songs and Why? 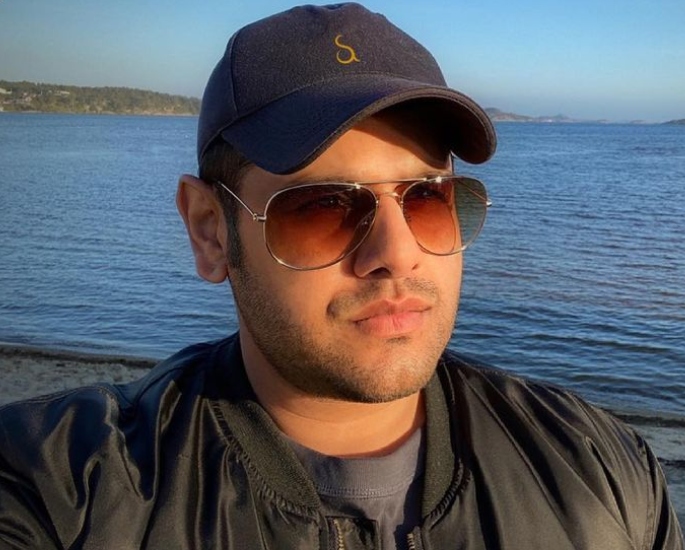 I love all my tracks but most favourite is my first and second song ‘Hum Tere Dewane’ and ‘Dil Mein Sanam’.

Both of these are romantic songs with heartwarming lyrics and lovely melodies. The smooth beat with lyrics describing the feeling of love, sadness and hope really touch the heart.

Both these songs have a chill vibe and they can be played in any romantic situation imaginable.

The songs are produced by a Norwegian producer named Morgan Kornmo (@makethenoisess).

The music video for ‘Hum Tere Dewane’ is also great and really expresses the idea we had when we made the song.

Besides these songs, we have made some more upbeat fast tracks with a catchy vibe, like ‘Dil Khone Laga Hay’, ‘Meri Rani’, ‘Meri Jaan-e-Jaan’ and ‘Goooriye’.

“All of the songs have modern hip hop beats with nice lyrics and relatable themes.”

We have so far got a very good response on all the songs and I am looking forward to reaching out to more listeners in order to get their response and feedback.

Can you describe your creative process when making a song?

I usually start with making a melody, mostly just humming while playing on the harmonium or with a tanpura in the background.

Having a melody ready, my producer starts making a beat to the melody. When we have established a fundamental beat, I add lyrics.

Mostly I write myself, or I ask a poet to write them for me. Usually, I use other poets to just check and rephrase my own lyrics when needed.

Then we record my voice and add adlibs to make the song more interesting. The ideas or melodies comes naturally to me when being in the right mood and state of mind.

Are there any surprising elements in your music? 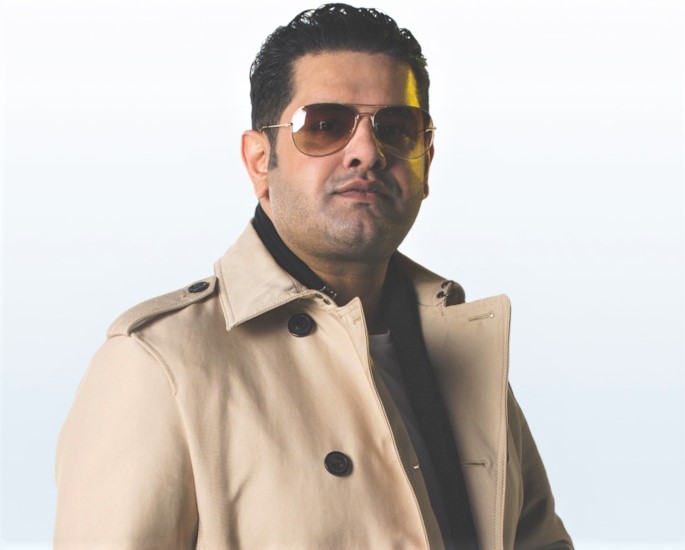 I think the most surprising element in my music is the fact that I more or less use classical elements mixed and placed in all of my songs.

The fact that all the songs are very different. My diverse approach in every song is quite distinctive compared to some of the other stuff we hear in the same urban hip hop genre.

“I always try to make something new, experimenting with different styles of singing and playing with my voice.”

I feel that my music is diverse, which may positively surprise the listeners. In other words, you will never get bored listening to one song after the other because they are all very different.

Which genres of music do you wish to explore down the line?

I am looking forward to making orchestral music mixed with pop beat, using some folk instruments from Norway and India.

Besides that, I am also working with some good EDM producers, making some melodies mixed with EDM beats.

I feel that the experimental use of synth and bass in the EDM genre appeals to some of the newer ideas that I am working on.

In contrast, I am also looking forward to work on some string songs, with smooth vocals accompanied by simple instrumental pieces.

I have also started to prepare some LIVE items for shows that included elements from the qawwali genre and classical music that will come as a surprise for the audience.

What future projects can fans expect from you? 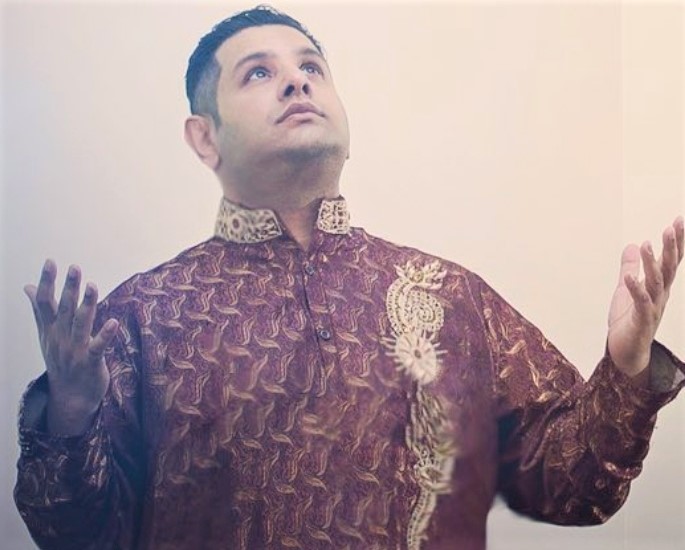 We are working on several new songs with the use of more LIVE instruments. I am also working on featuring other artists.

For instance, I am for the first time making a feature with Gunjan Singh in an upcoming song called ‘Tu Jahan Mera’. The song will probably release October 2021.

I have also planned an awesome music video for this song and have used some really nice orchestral sound with folk instruments from Norway.

“All this with some real heart touching lyrics will make the song unique and an entertaining listen for the audience.”

I have been blessed with the support of the Norwegian Art Council for this and many other upcoming projects in 2021, and 2022.

There is no denying how passionate and focused Syed Ali is on continuing his tremendous form across the music industry.

His dazzling melodies, relatable lyrics and hypnotising beats are all characteristics that Syed achieves seamlessly.

Managing his strict work ethic and constant studio sessions, the musician is highly tipped to be the next big superstar.

This is evident through his attentive fans who have helped Syed Ali surpass 570,000 views on his YouTube channel.

With such monumental numbers in a fairly fresh career, it’s interesting to see how Syed triumphs with his future projects.

Hoping to experiment with more trap genres like EDM is an ode to Syed’s innovative mindset.

It also illustrates his ambition as a Desi artist. He is tapping into sectors, which he can learn from but can also infiltrate with the South Asian culture.

As Syed gears up to release some magnificent projects, fans are keen to see what the musician can surprise them with next.